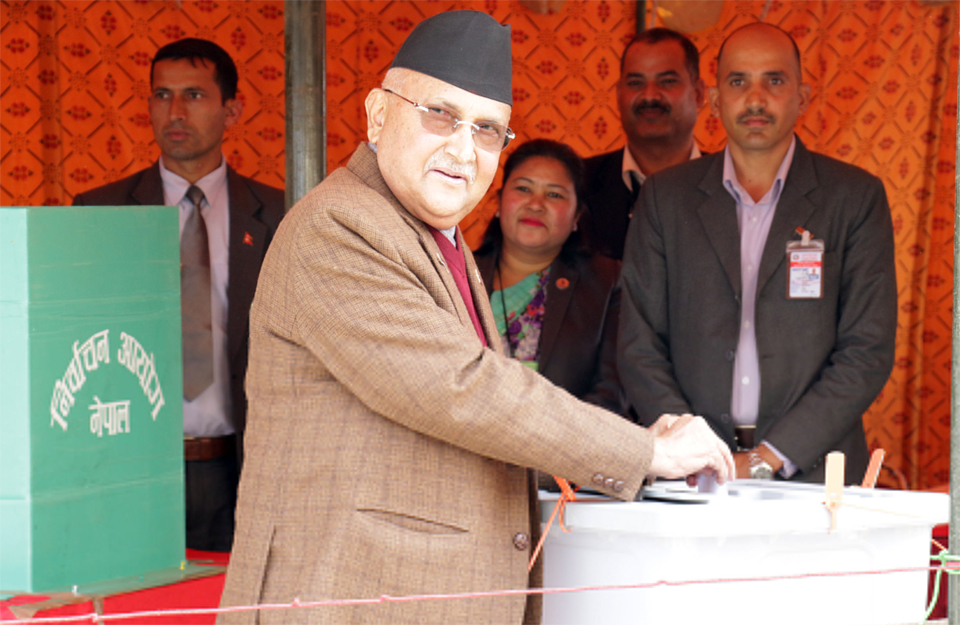 Kathmandu, March 13: The Bibeksheel Sajha Party has decided not to take part in the elections of a new President and Vice President.

The party has three members elected under the proportional representation system in Province 3's State Assembly. Earlier, the party handed the rights to take a decision on the matter to the province-level leadership which met Monday, deciding not take part in the both elections.

Naya Shakti Nepal is in favor of directly elected president.  Releasing a press statement, Party coordinator Baburam Bhattarai said, "both parties picked their cadre as the President's candidate. This is not appropriate. Hence, we are not voting.”