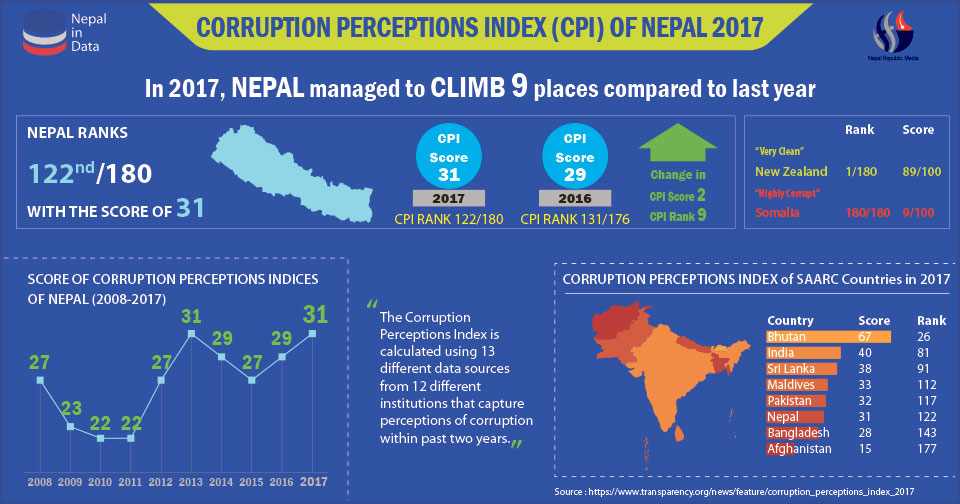 The CPI prepared by Transparency International (TI) and published on Thursday has listed Nepal on 122nd position among the 180 countries surveyed. Nepal scored 31 out of 100 in the latest report.

According to the TI, the index, which ranks 180 countries and territories by their perceived levels of public sector corruption according to experts and businesspeople, uses a scale of 0 to 100, where 0 is highly corrupt and 100 is very clean. “This year, the index found that more than two-thirds of countries score below 50, with an average score of 43,” it said. “Unfortunately, compared to recent years, this poor performance is nothing new.”

In its recommendation, the TI has concluded that activists and media are vital to combating corruption. “Governments and businesses must do more to encourage free speech, independent media, political dissent and an open and engaged civil society,” it said.

Governments should reduce to a minimum the regulation of media, including traditional and new media, and ensure that journalists can work without fear of repression or violence, the report says.

It has asked civil society and governments to promote laws that focus on access to information as such access would help enhance transparency and accountability while reducing opportunities for corruption.