Bir using defective CT scanner despite having new one 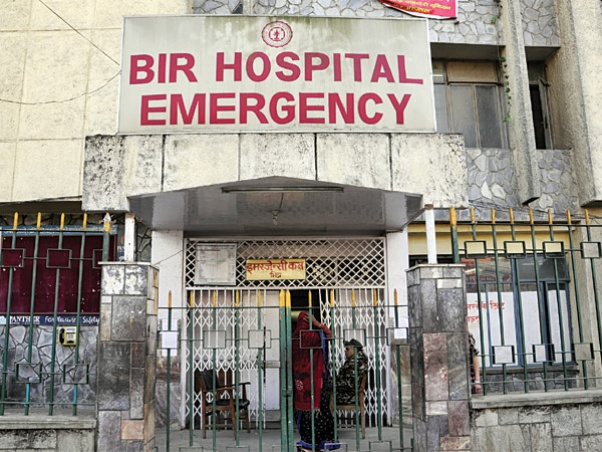 KATHMANDU, Feb 21: Despite purchasing a new CT scanner several months ago, Bir Hospital, which is the oldest and largest hospital of the country, is still using the old dysfunctional machine to scan the patients for neuro and various other problems.

The old CT scan machine of Phillips company bought five years ago does not work efficiently although it has been repaired three times in the last two years, according to Bir Hospital sources. However, the new CT scan machine manufactured by the same company is yet to be installed in the hospital due to lack of room. A CT scan machine costs between Rs 30 to 150 million.

The new CT scanner was purchased by Bir Hospital about a month ago through a bidding process. But the hospital authorities have failed to set a place for its installation. "We have only one room where the old CT scan machine is installed. The new one is yet to be installed due to lack of space," said the staffers at the Nuclear Medicine Imaging Center of the hospital. "The old one should be removed through auction, which is yet to be done," they added.

The lack of smooth CT scan service at the hospital has affected dozens of patients. About 30 patients, who pay Rs 2,500 each for scanning, come to Bir hospital every day, according to the hospital. "The patients need to wait for hours due to an interruption in the imaging machine," said one of the hospital staffers.

Dr Saroj Sharma, head of the Department of Radiology at Bir Hospital, admitted that the old CT scanner is not properly functioning. "Sometimes, it takes about half an hour due to its dysfunction while the regular scanning time is only about five minutes," said Dr Sharma. "We are preparing a room for installing the new scanner. Orthopedic OPD was shifted to National Trauma Center under Bir Hospital about a month ago. So, we have rooms now but they are yet to be managed for installation of the machine," he added.
The hospital needs to place lead around the room for installation of CT scan machine.

Besides that, they have to ensure power supply and proper maintenance system, according to Dr Sharma. "We will complete the installation of the new machine within a month," he claimed.

The Department of Radiology at the hospital, which is the central referral center of the nation, said that several other vital types of equipment need immediate replacement as they have become non-functional.

A groom in Saudi Arabia filed for divorce a mere two hours after the wedding ceremony because the bride broke... Read More...