CAN Info-Tech attracts youths in droves 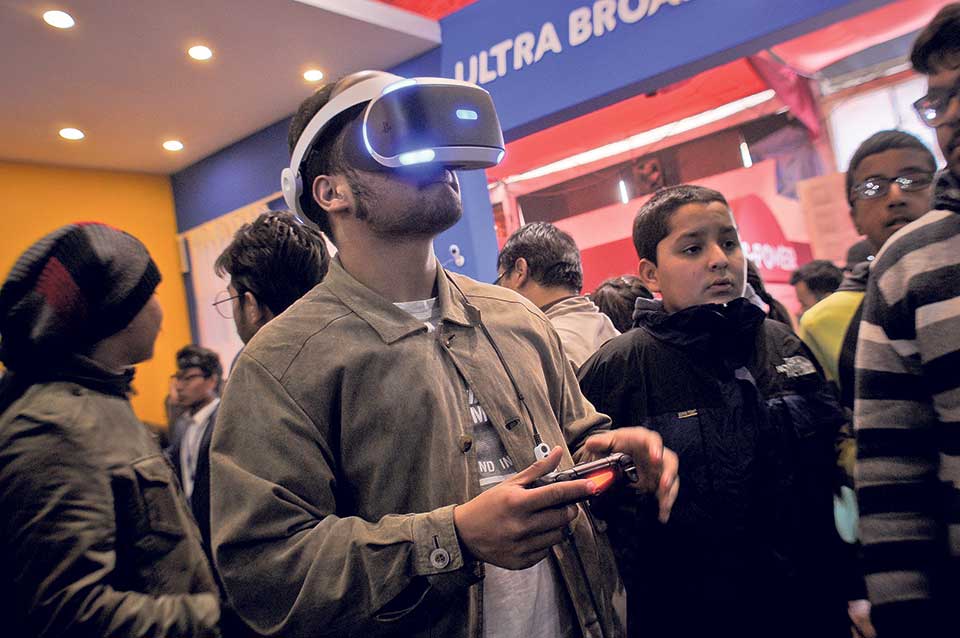 KATHMANDU, Jan 28: CAN Info-Tech 2018 has seen a fair flow of visitors on the third day among the exhibitions taking place at Bhrikuti Mandap Exhibition Hall in Kathmandu. The fair, a mega event of information and communication technology (ICT) sector, has succeeded in attracting mostly youths.

The fair has stalls from technology giants as well as startups in the country, including various businesses dealing on hardware and software. The event has as many as 155 stalls displaying various information, communication and technology products and services. Computer hardware sales and maintenance, dealers and distributors of power solutions and mobile accessories, Internet service providers, telecommunication firms, ICT colleges and training institutes, and software solution providers are participating in the annual ICT event, according to the organizers Federation of Computer Associations of Nepal (CAN Federation).

Exhibitors from Subisu, which is also the main sponsor of the fair, have said that the attractive offers from different business houses in the ICT sector have attracted a good mass of youths, but the flow has however decreased in comparison to the past.

“Almost all the exhibitors have attractive offers for visitors. Our offers on internet and TV packages have also received positive response,” said Krishna Subedi, consumer sales manager of Subisu. “But, the flow of people is quite less in comparison to the previous years. This could be because people took this exhibition as a hub for information in its early years, but now information can be obtained through various sources in the internet itself.”

Meanwhile, some exhibitors have said that they are in the exhibition for branding rather than transactions.

“We have products from 'Canon' like printer, scanner, plotter and so on, except cameras,” said Deependra Shrestha, sales manager of International Electronics Concern Pvt Ltd. “We have focused more on branding than selling our goods in this fair.”

Shrestha also said that the number of visitors in the fair has been lower than in the past.

Social media startup like Sagoon, TV package providers like Mero TV and Clear TV, and internet service providers like Subisu and World Link have been among the stalls attracting high number of visitors.

Visitors in the fair, mostly youths, that Republica talked to expressed mixed responses regarding the fair.

“The fair did not seem to have any sort of new things, but the progress in IT sector of Nepal can be seen in it,” said Sumit Gupta, a resident of New Baneswhwar, who stated that he was planning to study IT after his high school. “Various startups on online meals services and cab services have made me hopeful about the possibilities of IT sector in the country.”

Kalpana Bhattarai from Dhumbarahi said that she has been visiting the fair every year, and was happy to see new stalls focusing on social media and IT education.

“I got a chance to compare different goods of similar types from different brands in the fair,” said Prabhakar Kafle, a resident of Kirtipur. “I like the fair because it has so many things under the same roof.”

A computerized 'visitors feedback collection system', designed by Ram Laxman Innovation for the fair, was also dragging visitors in the fair.

The organizers have said that the fair has newer technologies as well, and the visitors need to go minutely through the fair to explore.

“We have newer technologies like a machine that can do all the body check-ups within a minute,” said Ranjeet Poddar, secretary general of the CAN Federation.

The federation has priced the entry ticket at Rs 50 for students and Rs 100 for general visitors. 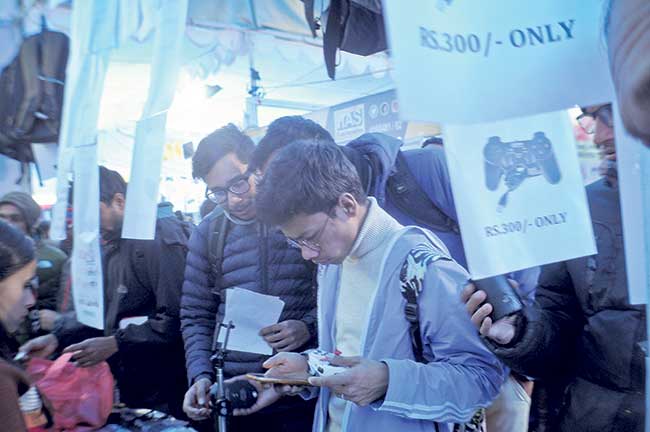 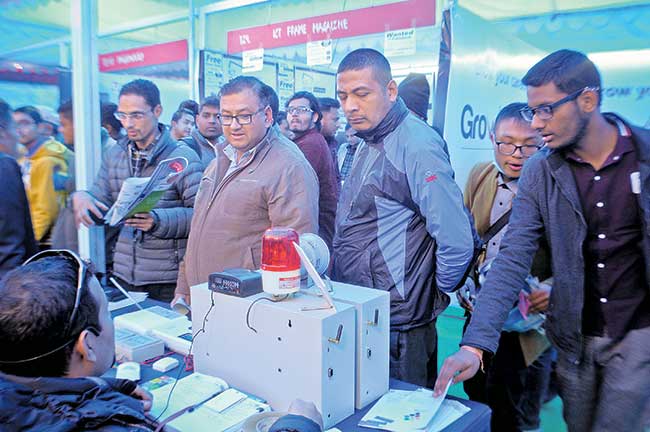 KHOTANG, July 10: Two youths of Khotang who had moved to Qatar in search of foreign employment have died within a... Read More...

POKHARA, Aug 9: The whereabouts of the two youths missing in Fewa Lake since Monday afternoon is still unknown. The... Read More...

Coronavirus insurance claims worth Rs 11.5 billion yet to be settled
5 hours ago
Residents can install EVs charging units for their personal use: NEA
6 minutes ago