Aguero treble gets City back on track, United keep up the chase 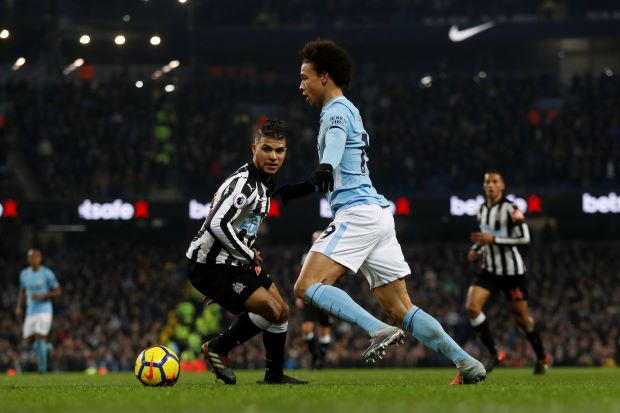 ENGLAND, Jan 21: A Sergio Aguero hat-trick helped Manchester City get back to winning ways in the Premier League with a 3-1 victory over Newcastle United, as they stayed 12 points ahead of Manchester United who had to dig deep to secure a 1-0 win at Burnley.

Chelsea stayed three points adrift of United as they enjoyed a 4-0 victory at Brighton and Hove Albion, while Arsenal were quick off the mark, scoring four goals inside the first 22 minutes in a 4-1 win over Crystal Palace.

Having suffered their first league defeat of the season at Liverpool last weekend, Pep Guardiola’s Manchester City side initially struggled to find rhythm at the Etihad Stadium before Aguero glanced in a Kevin De Bruyne cross after 34 minutes.

The Argentine doubled their lead from the penalty spot shortly after the hour mark when Raheem Sterling was brought down by Javier Manquillo in the box.

Four minutes later, Jacob Murphy dinked the ball over home goalkeeper Ederson to score his first goal for Newcastle and briefly bring them back into contention.

However, the day belonged to Aguero who scored his 14th goal against the Magpies in the league seven minutes from fulltime to keep City on course for the title.

Playing before their rivals, United did briefly close the gap to City to nine points, thanks to a goal from Anthony Martial.

The Frenchman blasted home off the under-side of the bar in the 54th minute after brilliant work from Romelu Lukaku, who held off two challenges before finding the Frenchman with a sweeping cross-field pass.

Burnley, who slip to eighth with the loss, fought hard for an equaliser and Icelandic winger Johann Berg Gudmundsson struck the bar with a free kick.

“It was certainly a battle and that is what you get when you come to Turf Moor - it is about character and we showed that in abundance today,” said United defender Phil Jones.

Manager Jose Mourinho said after the game that he “thinks” Arsenal forward Alexis Sanchez will complete his move to Old Trafford, while British media reports said that Henrikh Mkhitaryan was due to have a medical at Arsenal in the next 48 hours to complete the transfer swap.