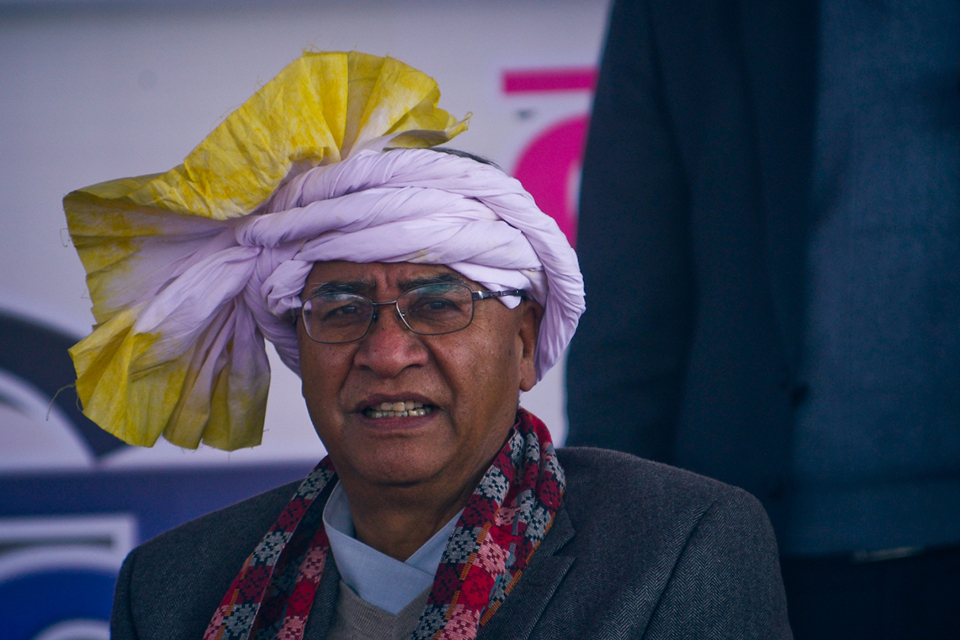 KATHMANDU, Jan 15: Prime Minister Sher Bahadur Deuba has said that the Nepal Constitution has enshrined adequate provisions for the development and uplift of all indigenous nationalities, religions and communities.

Inaugurating the Maghi festive celebration organized by the Tharu Welfare Service Committee on the occasion of Maghe Sankranti at Tundikhel in Kathmandu today, Prime Minister Deuba noted, "Upholding the the values of inclusive democracy, the Constitution has ensured the access of all people to the state apparatuses. This is a significant democratic achievement we gained so far".

Nepal is a beautiful country replete with multi-ethnic, multi-lingual, multi-cultural and multi-religious characteristics, he said, adding unity in diversity is the identity marker of Nepali culture.

"Diversity is not a problem but a culture", the PM said while emphasizing the importance of fundamental and unique features of each caste, ethnicity and religion of Nepal.
Saying that our festivals are the boosters of enthusiasm and encouragement, PM Deuba added the festivals have also played a spectacular role towards strengthening unity and fraternity among Nepali people. "The Maghi festival has been instrumental in consolidating cordial relations among Nepali community".

Acknowledging the key contributions of Tharu community enriched with historical, social and cultural identity to the transformation of the country, he expressed the confidence that the Tharu Commission would emphatically work for the socio-economic enhancement of indigenous Tharu community people.

Minister for Land Reforms and Management Gopal Dahit stressed that the Tharu community should take ahead the movement for the protection of their rights and culture.
Nepali Congress youth leader NP Saud pointed out the need of further concrete efforts for the institutional development of Tharu community which is rich from language, customs and cultural fronts.

Also speaking on the occasion, Federal Socialist Forum Nepal Co-Chairperson Rajendra Shrestha said the avenues of country's development and prosperity would be opened up if federalism was well implemented.

Minister of State for Youth and Sports Tejulal Chaudhary Tharu shared that the Tharu community has been marking the Maghi festival since 2059 BS.

Kathmandu is nearer to New Delhi than Dhangadi, the far-western city of Nepal, due to lack of proper connectivity. The... Read More...