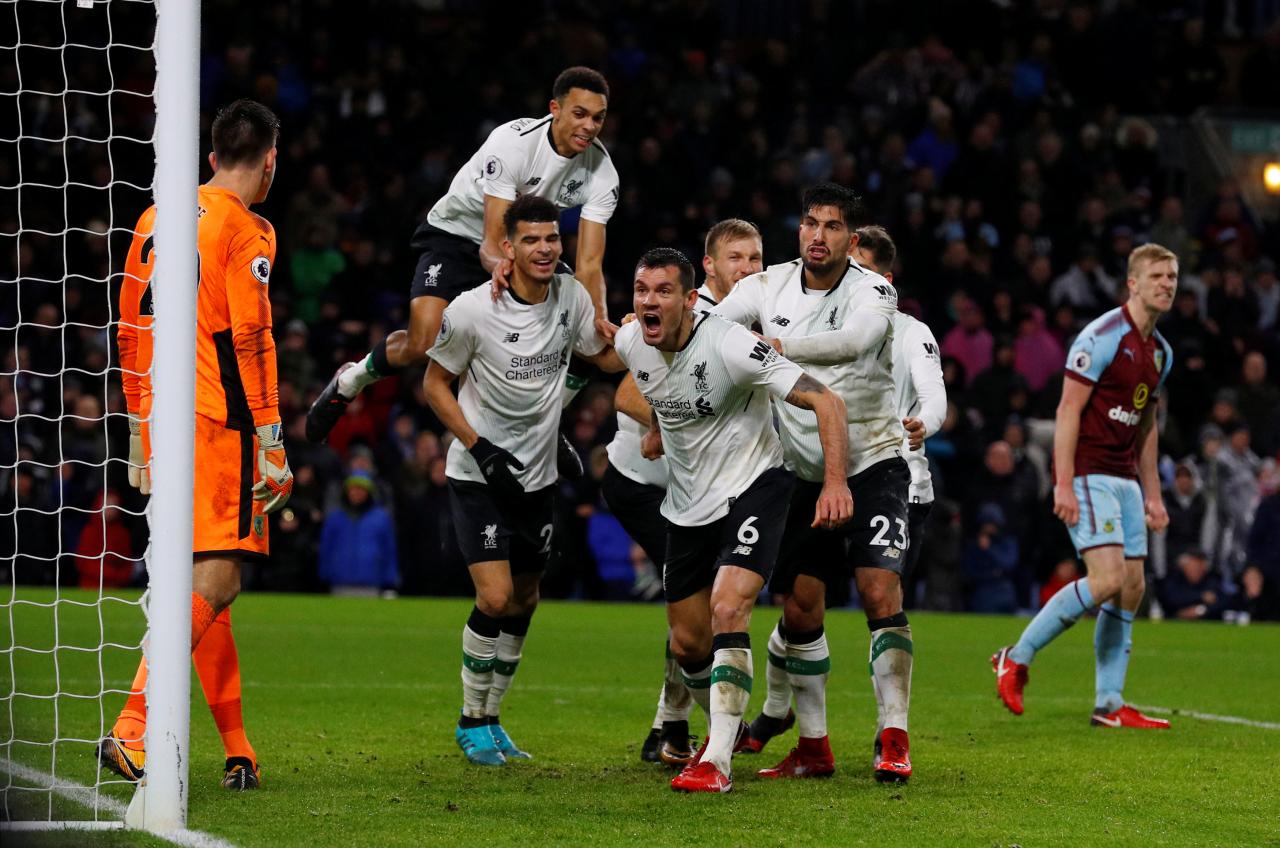 LONDON, Jan 2: Liverpool defender Ragnar Klavan’s 94th-minute header snatched a 2-1 victory at Burnley on Monday as the visitors coped without the injured Mohamed Salah and Philippe Coutinho and made up ground on their rivals near the top of the Premier League.

With Chelsea and table-topping Manchester City playing later in the week, Liverpool registered their second win in 48 hours after the Estonian popped up with his first league goal.

On the blue half of Merseyside, Manchester United climbed back up to second in the table after second-half goals by Anthony Martial and Jesse Lingard earned a 2-0 victory at Everton -- their first win in five games in all competitions.

All the managers rotated players to deal with a busy festive period and Liverpool boss Juergen Klopp made seven changes, including giving Adam Lallana his first start this season, against a Burnley side who have often troubled the Merseysiders.

The absence of Coutinho will prompt inevitable speculation about the his future on the day the transfer window opened although Klopp said the Brazilian had a thigh injury.

With Liverpool’s top scorer Salah also ruled out with a groin strain and Firmino on the bench, Sadio Mane was the only member of their ‘Fab Four’ to start.

He opened the scoring with a superb strike after 61 minutes, picking up the ball with his back to goal and spinning to fire an unstoppable left-foot shot into the corner.

“He (Mane) came into the dressing room and the whole team got up and gave him a hand, because they know -- he will be back on top,” Klopp said.

“In so many moments he is strong, quick, so many things. And in the other moments where it doesn’t click, he scores a goal like this and it is like ‘wow’.”

Burnley thought they had salvaged a point when Berg Gudmundsson equalised in the 87th but Klavan secured a win that moved Liverpool to 44 points, a point behind Chelsea.

Central Zoo closed for a week
47 minutes ago