The left alliance must strive to improve relations with India 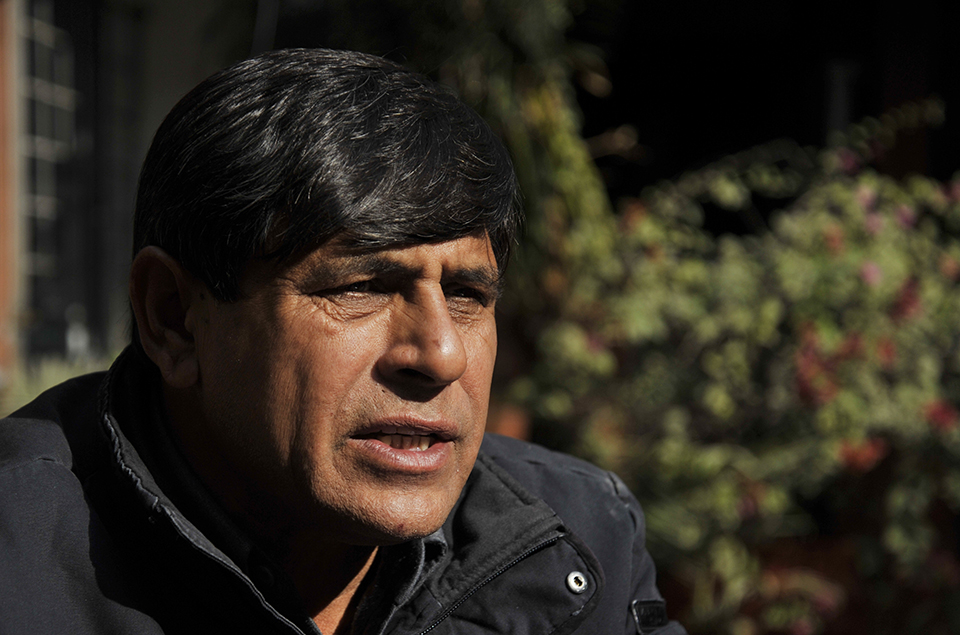 Political thinker and CPN-UML Deputy General Secretary Ghanashyam Bhusal was one of the key negotiators who made the left alliance possible. After the alliance swept the elections of federal parliament and provincial assemblies, what challenges does he foresee on government formation and party unification? Thira L Bhusal and Mahabir Paudyal had caught up with him on Tuesday afternoon.

UML and Nepali Congress are in a dispute over formation of National Assembly. Don’t you think this has added to the uncertainty over government formation?

From outside, you may see uncertainty but in reality the picture is pretty clear.  We, CPN-UML and Maoist Center, are in the right direction. Once the ordinance related issue on National Assembly formation is resolved with Congress, government formation process will take off. Our issue with Congress will be resolved soon. For this, however, we and Nepali Congress should come to a meeting point. We as a winning party must not think everything must happen according to our liking. On their part, Nepali Congress should understand that we did not cause its downfall and that Congress lost the elections because of its own mistakes. I am confident the current standoff will end in a compromise soon. It should.

But how will it when neither party is ready to budge?

Like I said, we should not link this dispute with election outcomes. Yes, we won the elections but the country belongs to us all. We have a history of resolving thorny issues amicably. We will be able to do so now as well.

The victory of left alliance has become a matter of both national and international concern. While Nepali stock market nosedived, international press seems to be as concerned.
Let me start with NEPSE. Wealth is a ‘coward’ commodity.  It seeks protection from all possible challenges. NEPSE has got to do mainly with the wealthy people. So naturally, they must have felt alarmed when communists won. But here is a contradiction. Business community and ruling class have had rather strange relations in Nepal. Industrialists and traders used to support the kings. This is strange because business community can flourish when they get political freedom. Business community sometimes reacts rather unusually but with changing times and context, they also change. Another reason for business community to be alarmed is the unfounded fear about communists.

So they ask various questions: Now that communists have won the elections, what will India do? How will it respond? And there is the interpretation that China is happy. International press spread the false message that India lost in Nepal and China won. People don’t seem to care how private sector is growing in China. They tend to believe communism marks the end of private sector. Confusion in stock market is the result of the same faulty vision. But in time all such confusions will vanish. The new regime will protect the private sector. Sometimes private sector needs to be protected from itself. This is why the state has to protect them. And the state can do so when it is strong. So when the state is strong private sector will also be strong. Political parties, whether leftist or democratic, will have to protect and promote private sector.

Our challenge is to make private sector invest in productive sector. Our private sector has failed to do so. The leftist parties are clear that we must make rapid economic development and private sector is a key to achieving that goal. No one needs to be alarmed with the rise of communist parties in Nepal.

Many argue that left alliance must take a clear shift from existing neo-liberal economic model. Otherwise its recent victory will be meaningless.

And then there is a geopolitical pressure on us to develop rapidly. In the text 10 years, China is going to rise in a manner we have not even imagined. It is going to be economically prosperous beyond our imagination. India must work as vigorously for economic growth and it will. If it fails to do so, India will meet with serious economic crisis. Thus in 10 years, India and China will come up rapidly. What will happen to us if we remain stagnant?

For Nepal to sustain as an independent country we must also develop.  We have no liberty to sit back and watch for two main reasons: Our own commitment to development and because of what I call ‘geo-economic politics.’  We have not a moment to lose.
Regarding economic policy, I don’t see possibility of complete shift from existing economic model.  Yes, the state will be more proactive in regulating economy including the private sector, compared to the past. But there won’t be a major shift. There will be an environment for public, private and cooperative sectors to grow and work together.

But don’t you think we need a paradigm shift from private sector dominance in health and education?

We do. We need to make private sector investment productive in a way that every penny invested is rewarding. Such a shift is long overdue. We cannot afford to be populist and do nothing.  We will have to adopt mixed economy with equal space for public private and cooperative sectors. Only then we will be able to grow and introduce more distributive programs.  The big challenge today is to make public health and education qualitative, accessible and affordable.  A paradigm shift is needed to enhance these two vital sectors.

You say so but some of your own party leaders seem rather reluctant to improve public health and education.

Along with liberalization of economy in the 1990s, people started to invest in sectors that ensured better returns. Middle class of the time invested more in health and education because the return was predictable. Even some leaders of our party fell into that temptation. Personally, however, I am against the idea of political leaders investing in private health and education.

Maoist Center and UML had announced that they would amend the constitution and insert the provision of directly elected executive. Where does this agenda stand now?

That said, it is not that we cannot revisit past agenda and discuss them but honestly, the agenda and political stands that we had before constitution promulgation have all become history. Now we have to start afresh. We have to chart a new course.

How will party unification and government formation go forward? The two parties do not seem to have reached a consensus on this yet.

Government formation is an event. There are clear guidelines for this. Party unification, on the other hand, is not something that you can accomplish in a day or a week. This is a process and it will take time. In a way, unification started along with the formation of electoral alliance between us and Maoist Center.  This is what we told voters on the campaign trail. We behaved like a single party and voters trusted us because they believed that we are in the process of being one. We will formally unite when we hold the general convention and elect new office bearers.   There is a consensus that UML and Maoist Center will lead the government by turns. We have a joint mechanism to expedite party unification. It is also clear that K P Oli and Pushpa Kamal Dahal will become key leaders of unified party. So tentatively, the picture is clear about government formation and party unification. Cadres from the grassroots are ready and desperate for it. Leaders may be able to delay the process but they cannot stop it.

One question everyone is asking is whether you will rename the unified party a ‘socialist party’ or retain the communist tag.

Some statements Baburam Bhattarai made during his brief stay in left alliance may have created this impression but in truth there is no debate on name. Now we are two factions of one communist party. We will become one communist party soon.  We will remain communist.  I do not understand why certain section of western media and western intellectuals are terrified with the name ‘communist’ but in Nepal communist is the word people have held dearly.  We are popular among people through this name.  If the source of our power is the people and if the people are the source of our sovereignty, they have endorsed this name.  We should not be so concerned about what the outsiders say.  Communist parties are there in India and China is also a communist state. There is no good logic to reject this name.

But some leaders in your own party had once proposed renaming it a socialist party.

This was the result of the 1990’s shock. Communist states were failing in many places. Many renounced communism as such. Besides, within the Nepali communists, a group of people emerged which believed that satta, state power, is everything and all else is illusion. They had this illusion that if the name of the party was changed, it would enable them to stay in the government for longer and there would be larger international support. Communist parties are not the cause of political instability in Nepal. Class conflicts, geopolitics, inherent contradictions among the political actors are. But some upstarts within us felt that removing communist tag from party name would make things easier. They had raised the debate back then. It has become irrelevant now.

What challenges do you foresee for the new communist government?

Several. We have taken up huge undertakings. People have voted for us because we promised them development and prosperity. Biggest challenge for us at the moment is whether we will be able to come out of current state of victory frenzy (unmaad). How will we prevent power from corrupting us? What if we also fall into extractive trap? What if we will also misuse and abuse state resources? A culture of extraction has almost become a norm over the past few years.  Ours is the political culture where everyone tries to accumulate wealth while in power by foul means.

At times it seems this extraction spree is protected by the state itself. How will we be able to extricate ourselves from that? How will we prevent such elements within the party from becoming dominant? Now we have consolidated from the grassroots to the top. What will happen if everyone starts extracting resources? Will we be able to prevent this? These are the major challenges. We need to take a clear shift on good governance and become active on corruption control.

Another big challenge will be handling relations with India. We should improve our relation with India. We must address legitimate concerns of India and ensure that it does not impose illegitimate concerns upon us. For this we must reach out to Indian establishment, the Indian public, the press, civil society and intelligentsia. We should convince them that Nepal intends no harm. All this will be possible if we demonstrate strong political will.