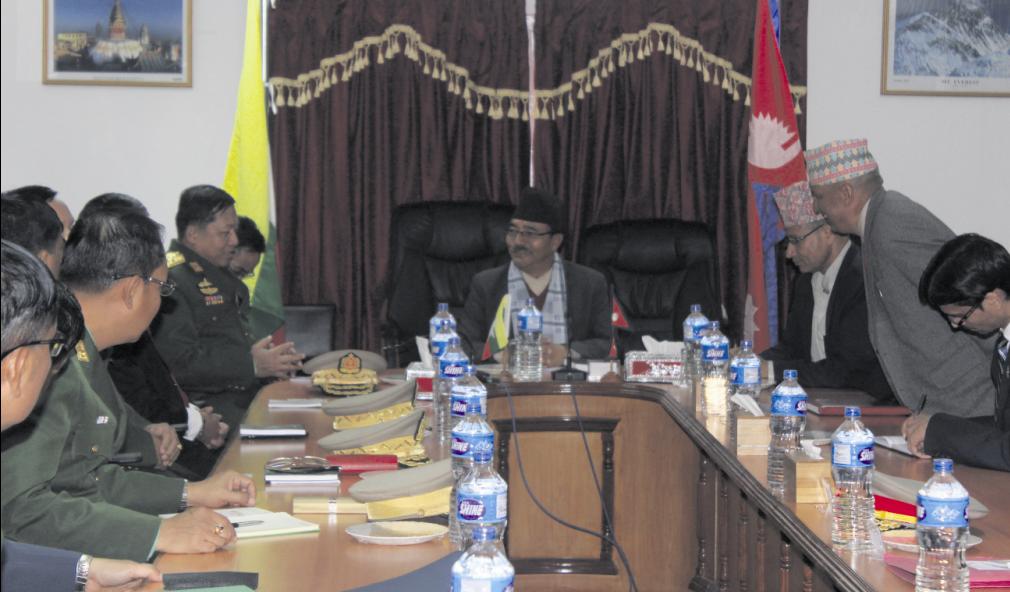 KATHMANDU, Dec 13: The visit by Myanmar’s Army Chief Min Aung Hlaing has courted controversy in Kathmandu as the general prepares to wrap up his four-day visit to Nepal on Wednesday.

Human rights activists as well as former diplomats have termed the visit made at the invitation of his Nepali counterpart ‘ill-timed’, as this indirectly provides Nepal’s support to the alleged atrocities carried out by Myanmar army against Rohingya population in the country.

Human rights activist Subodh Raj  Pyakurel, who is also the founder of Informal Sector Service Center (Insec), said the visit by Hlaing is extremely ‘ill-timed’ as the role of Myanmar army in the Rohingya crisis has been questioned not only within his own country, but also internationally. “Those in the government should know when to invite such persons to the country. The visit has caused national shame,” he argued.

Rights activists have linked the controversial visit with Nepal’s decision to abstain from voting in the resolution sponsored by Bangladesh to mount pressure on Myanmar on Rohingya issue in November in UN’s Third Committee. The Committee, which focuses on human rights, voted 135 in favor and 10 against the draft text that asked Myanmar to end military operations that have “led to the systematic violation and abuse of human rights” of Rohingya Muslims in the country’s Rakhine state.

Nepal was among 26 countries choosing to abstain from voting in the draft text that also asked UN Secretary-General Antonio Guterres to appoint a special envoy on Myanmar.

Senior government officials complained that the visit was handled exclusively by the army, without what they said ‘considering its possible implications in Nepal’s standing in the international arena’.

This is the first visit by a Myanmar military chief to Nepal in 50 years. “It’s sad to see the chief of a military that has drawn so much of controversy internationally over its poor human rights record was invited to visit Nepal this time around. This calls into question our own credibility over human rights,” said a former Nepali ambassador requesting anonymity.

By coincidence, the visit comes a few days before Nepal prepares to assume office at the UN Human Rights Commission on January 1, 2018 after its election as a member of the UN body overseeing human rights issues around the world for two-year term.

Nepal Army, in its statement issued on the day of his arrival on Sunday, said General Hlaing was apprised of successful integration of the former rebels in the army, contribution made by Nepal Army during the earthquake in the relief and rescue operations and its role in the UN peacekeeping operations in different parts of the world. The  two army chiefs also discussed various issues of mutual interest, the statement said.

YANGON, Feb 6: Thousands of people took to the streets of Yangon on Saturday to denounce this week’s coup and... Read More...

One in five Chinese Australians report attacks or threats amid pandemic, rising tensions
18 hours ago
Rampant exploitation of sand, pebbles and stones in Kaligandaki continues unabated
19 hours ago