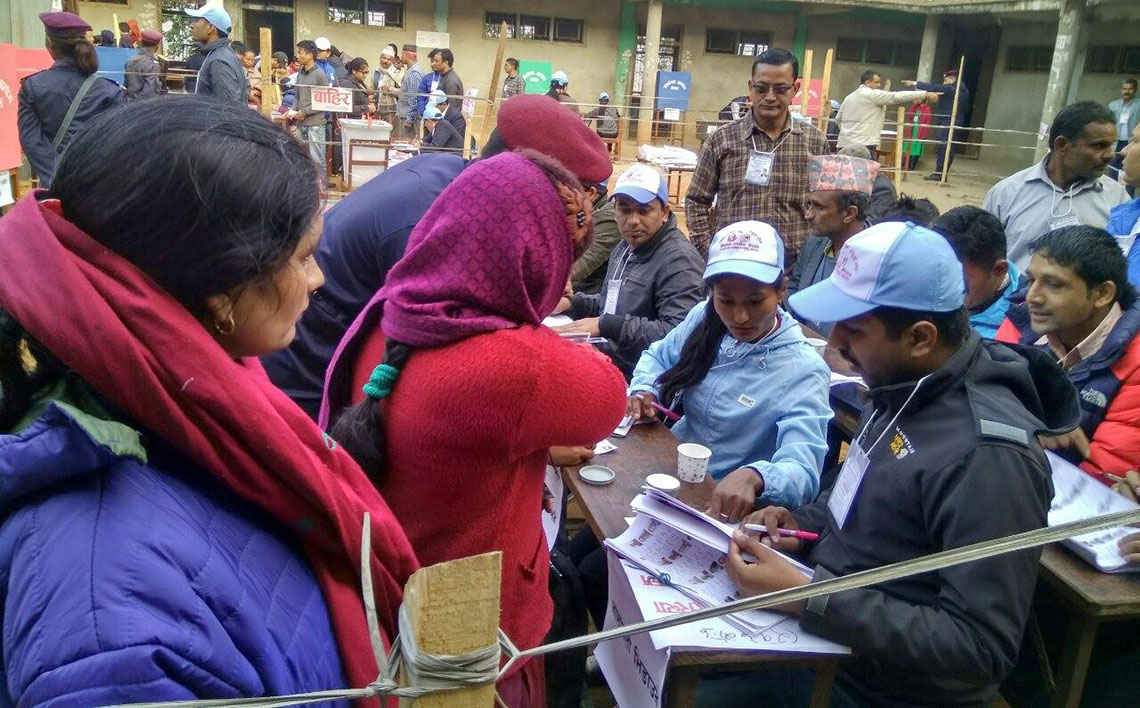 KATHMANDU, Nov 26:  The election of House of Representatives and Provincial Assemblies for the first phase is commenced with excitement today in 32 districts. Voters armed with their identity cards started streaming into polling stations from early in the morning as the country started voting at 7 am.

They are seen queuing up with visible eagerness to elect their representatives.  Polling officers have been told to manage special arrangements for physically disabled people, senior citizens, pregnant women, nursing mothers and sick people.

The elections to the House of Representatives and Provincial Assemblies are being held in 37 constituencies of 32 mountain and Hill districts in the first phase. The polls in the remaining districts will be organised on December 7.

The voting started at the scheduled time, said Spokesperson for the Election Commission Nawaraj Dhakal. The voting will continue until 5 pm today, he added.

In case of voter's identity card lost or not available at hand, one can use his or her citizenship card, voter's ID issued by the EC in 2070 B.S., or any other documents with photo specifying his or her identity like passport and driver's licence to cast his or her vote.

The EC has also appealed to all voters to cast their vote without any fear, as all security arrangements have been made.

A total of 702 candidates are in the fray in the first phase elections, while there are the total 31 lakhs 91 thousand and 945 voters. There are a total of 2,919 polling centers and 4,465 polling stations. 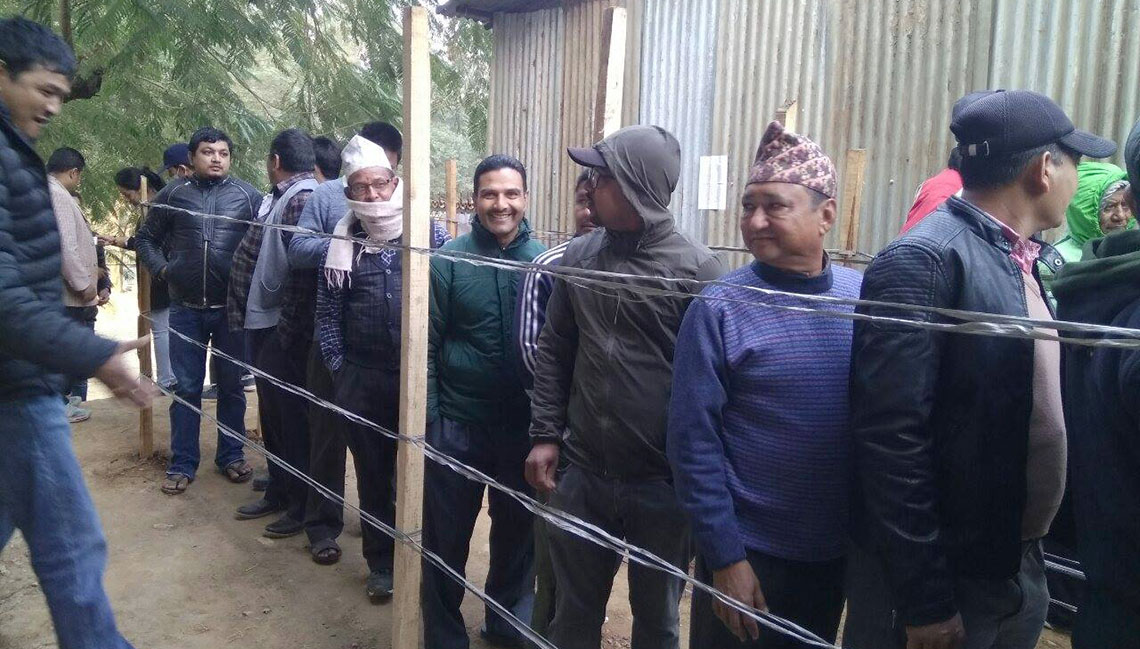 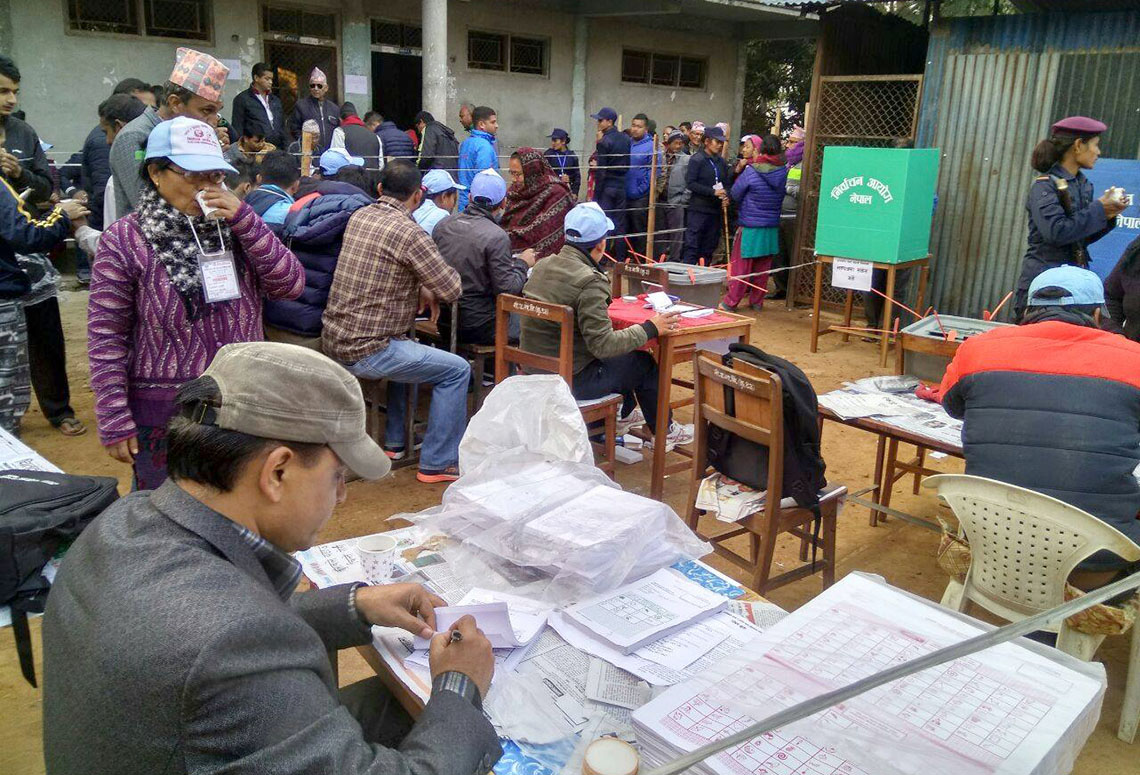 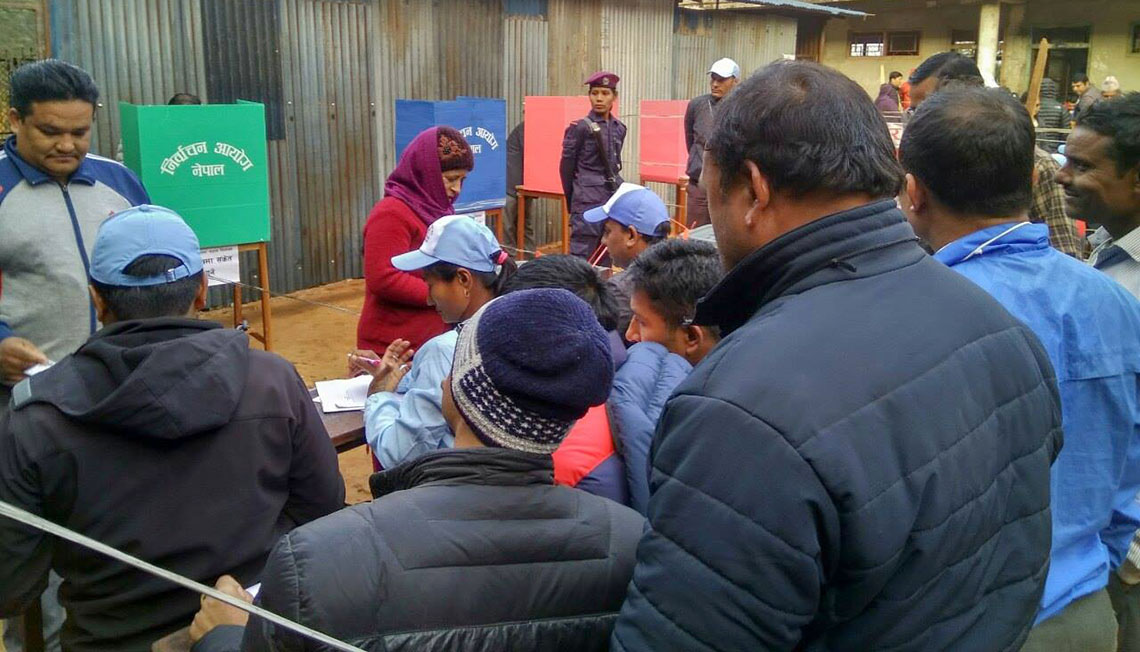 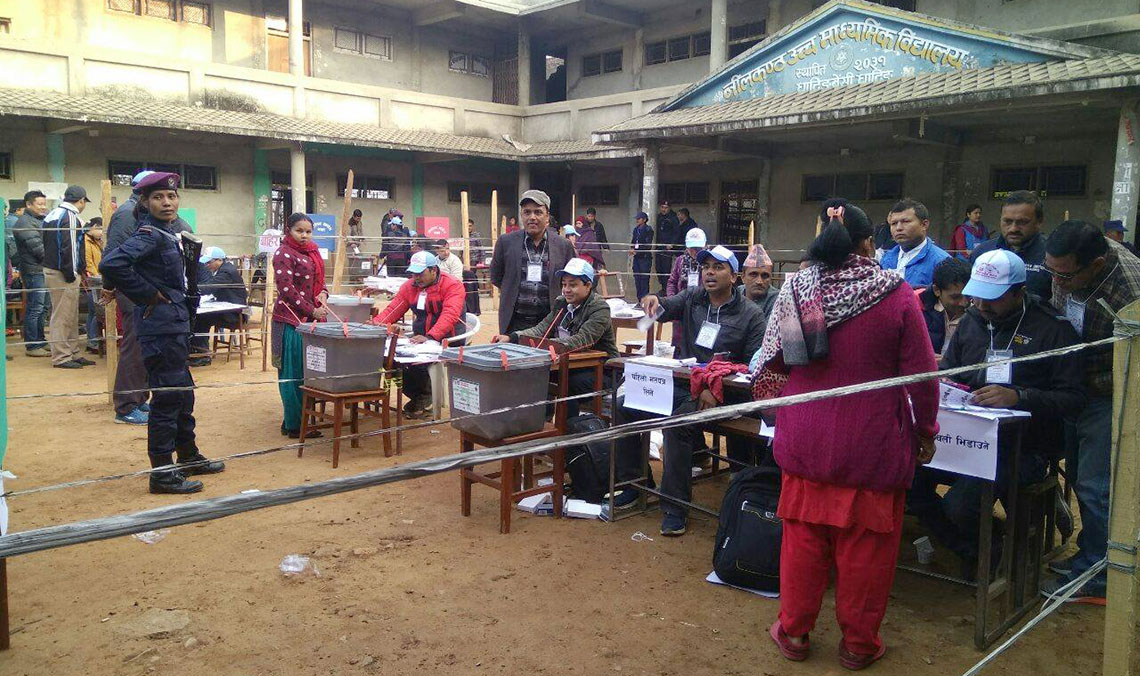 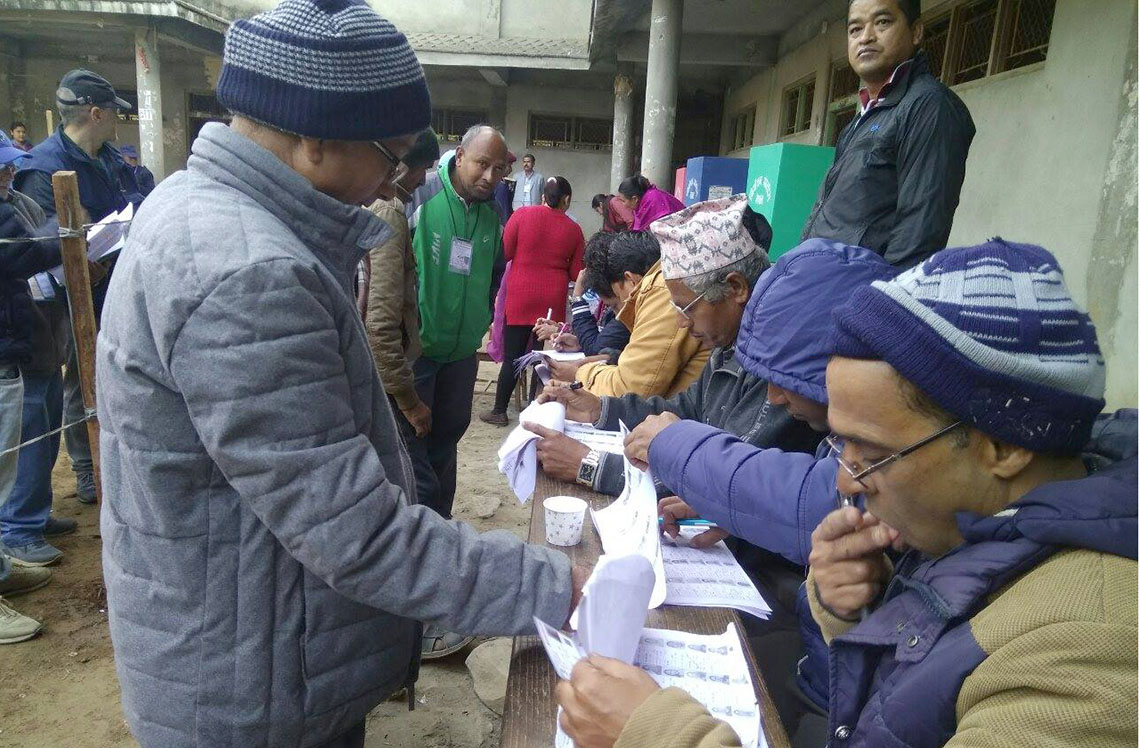 Over 21,000 people disappeared from across country in past 12 years

KATHMANDU, May 13: More than 21,000 people including children had disappeared from across the country in the past 12 years,... Read More...