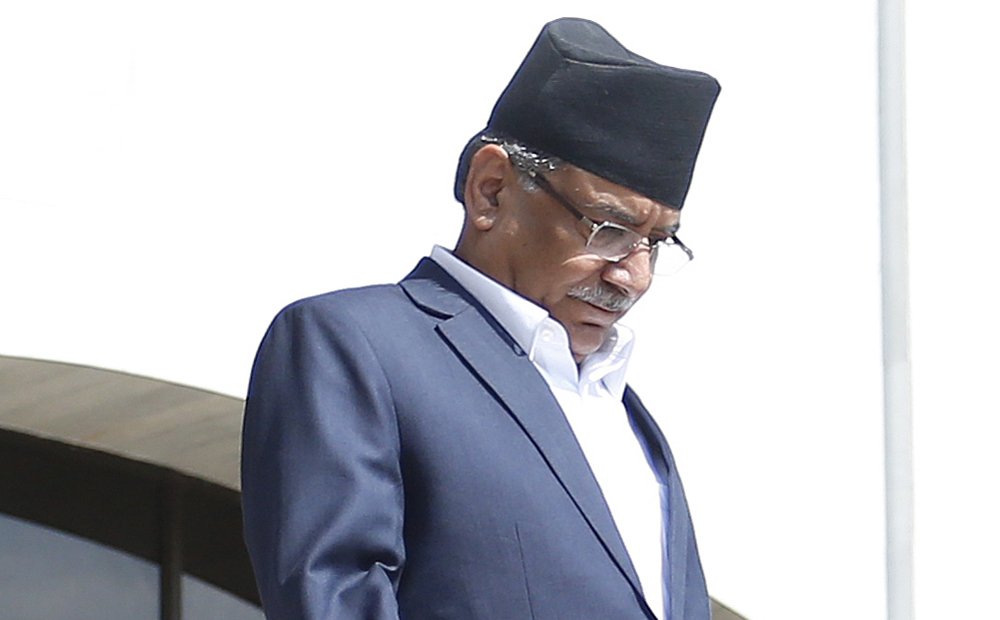 KATHMANDU, Nov 19: CPN-Maoist chairman, Puspa Kamal Dahal has urged party leaders including the Left Alliance not to postpone the election campaign.  Dahal's request comes after reports that election campaigns had been halted in various parts of the country following his son's death due to cardiac arrest early morning.

'Elections campaign in different district was halted," she said adding that the Chairman had urged all the member of the party to carry their election campaign and scheduled activities.

Maoist leaders from different districts arrived at Kathmandu today when they came to know about the demise of Prakash Dahal.

The body of Prakash Dahal is being kept in CPN-Maoist center Party office Paris Dada for last homage.

Different party leaders such as Madhav Kumar Nepal, Agni Sapkota, Anuradha Koirala, Pampha Bhusal, Narayankaji Shrestha, Barshaman Pun along with others are present at the homage.