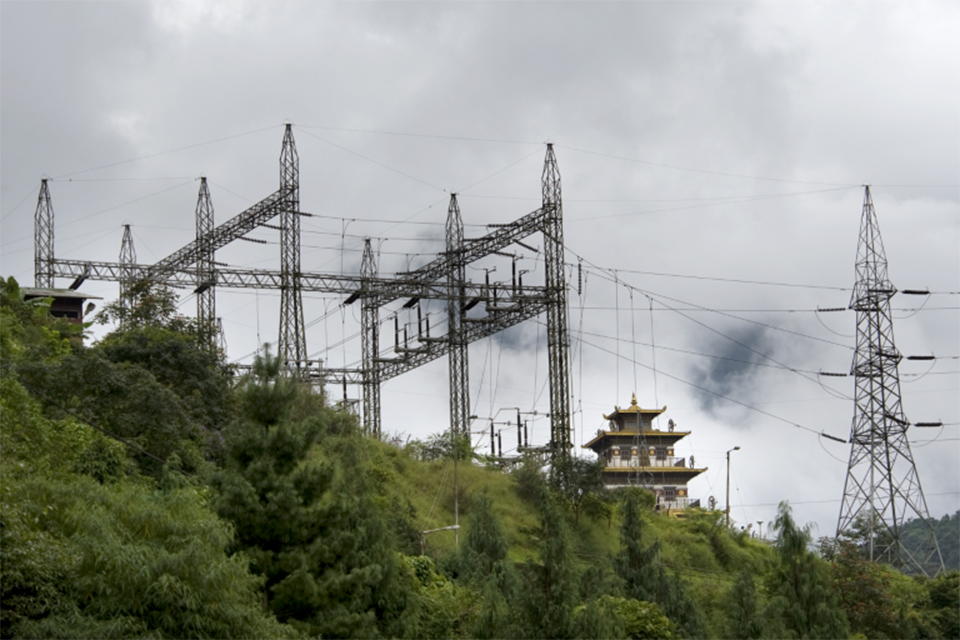 Nepal has a lot to learn from Bhutan on how to, and how not to, deal with India on hydropower.

The 1949 Treaty of Friendship between India and Bhutan strengthened India’s influence on Bhutan’s foreign and defense policies. The treaty’s revision in 2007 gave Bhutan greater autonomy over its domestic and foreign affairs but India’s protectionist policies still shadow Bhutan and greatly influence the functioning of its economy.

Around 60 percent of Bhutan’s total government expenditure goes to import of Indian goods, which in turn accounts for 75 percent of foreign imports in Bhutan. Owing to the two countries’ geographical proximity, 95 percent of Bhutan’s trade is with India as well, making India its largest and most influential trade partner.

India has been helping Bhutan to build hydropower projects through a mix of grants, loans and technical support. The 2006 India-Bhutan agreement on hydropower, followed by a 2009 protocol, states that India would help Bhutan install 10,000 MW of hydro capacity by 2020 and purchase the entire surplus.

Today, Bhutan is able to produce electricity for domestic use as well as for surplus export to India. This generates 40 percent of Bhutan’s total revenue, contributes 20 percent to its GDP and also eases its foreign exchange deficit. On the other hand, India gets cheap power from Bhutan. This has been seen as a win-win agreement between the two parties, even though it has led to an increased debt burden on Bhutan.

Four of the five major hydropower projects under development in Bhutan are financed by India, while the fifth is financed by ADB and loans from Indian banks. But Indian Joint Venture (JV) companies have made demands of the Royal Government of Bhutan by going beyond the bilateral agreement, asking for more control over project management and refusing to abide by agreed financing terms and conditions. In turn, Bhutan has declined the Concession Agreement of the JV projects stating that the demands of JVs violate agreements between the two governments. This tussle has delayed most ongoing hydropower projects in Bhutan.

After completion of these projects, Bhutan’s hydropower generation capacity will more than double, from 1,600 MW to 5,200 MW, over next ten years. However, according to IMF forecast, Bhutan’s total external debt would reach 112.8 percent of GDP by the end of 2017. Critics remark that ‘rising debt to India could make Bhutan the Greece of South Asia’. Although Bhutan’s GDP is expected to grow at 9.9 percent in the fiscal year ending in 2018, borrowing to finance its hydro projects is making Bhutan the most indebted country in Asia after Japan (in proportion of their population).

Moreover, construction delays are adding to cost and time overruns. Punastshangchhu I, which began in 2008, has seen huge cost increases, and its completion deadline has been pushed from 2017 to 2022. This has caused ADB to lower its GDP forecast for the current fiscal year to a more modest 8 percent.

On December 5, 2016, the Power Ministry of India issued a Cross Border Trade of Electricity (CBTE), a general cross-border electricity trade guideline. It has had a direct impact on Bhutan, which exports of all its surplus power to India. Notably, the guideline states that hydropower companies wanting to export electricity to India should have an obligatory 51 percent Indian ownership.

Narendra Modi government has reduced its grants to Bhutan for joint hydropower projects and has also cut the import of power from Bhutan. This has adversely affected Bhutan’s balance of trade. The Goods and Service Tax (GST) in India is levied at the point of entry, as opposed to the point of sale. Since all of Bhutan’s exports to third countries pass through India, the GST regime will hinder the growth of Bhutanese industries and further increase their trade deficit.

Nepal’s geographical position is similar to Bhutan’s, but Nepal has nearly double the hydropower potential of Bhutan. Sandwiched between two fastest-growing large economies in the world, Nepal has potentially huge electricity markets right next door. But the country is yet to realize its hydropower potential. I believe it has a lot to learn from Bhutan on hydropower diplomacy and on how to, and how not to, develop policies that maximize Nepali interests.

The author is a graduate in economics from University of Delhi

Govt yet to start new talks with Bhutan on refugee repatriation

KATHMANDU, April 27: Although it decided in November last year to hold fresh negotiation with Bhutan to resolve the problem... Read More...

The alternatives for dealing with nuclear proliferation do not necessarily improve with the passage of time. ... Read More...

Bhutan backs out of BBIN 'for now', report Indian Media