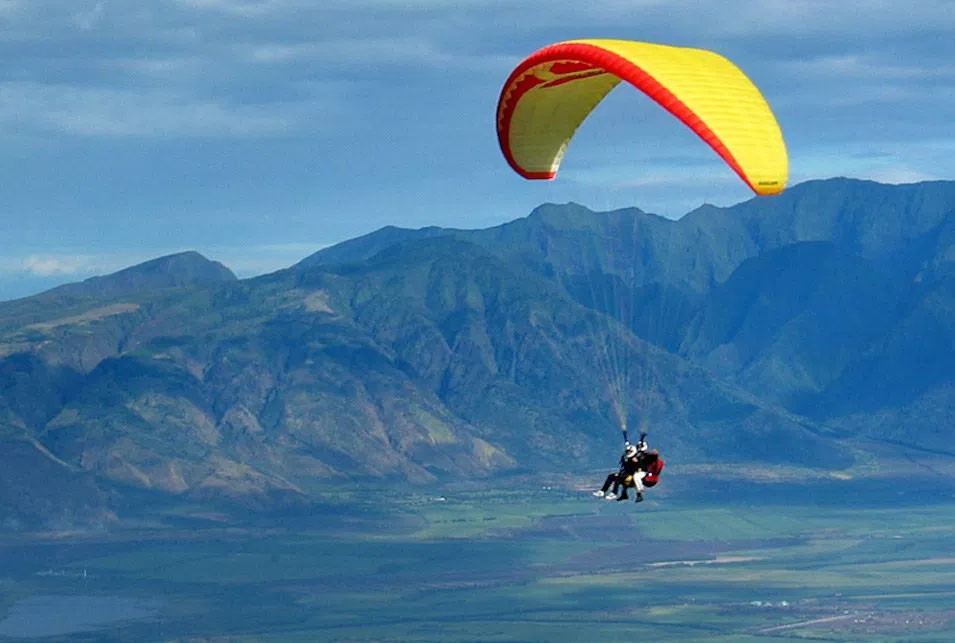 POKHARA, Oct 17: On Monday afternoon, a potential mishap of eight paragliding flights of seven different companies was averted when a sudden gust of wind pushed the flights toward Fewa Lake of Lekhnath-Pokhara Metropolis in Kaski district.

The strong winds blew from south-west (Panchase area) at 45 kilometers per hour (km/h) at around 2 pm, pushing away eight paragliding flights that took off from Sarangkot toward the lake. Luckily, the crew and passengers were promptly rescued from the banks of the lake.
According to a senior pilot, the wind was very cold, preventing the flights dependent on thermal (hot air) pressure from going upward.

“It is not wise to take off and land when the wind speed is over 25 km/h. It is normal to lose balance in such situation,” said the pilot.

According to the police, companies that got caught in the paragliding accident are Fly Nepal, Cosmic, Frontiers, Pokhara Paragliding, Blue Sky and Mountain Flyers. While few experienced paragliders were flying solo during that time, others were with passengers in tandem flight.

District Police Office (DPO), Kaski, said Fly Nepal's pilot Sundar Gurung and passenger Malcolm Leoi along with Cosmic's pilot Deepak Bhattachan and passenger Yang Huio Chi had fallen into the lake. Fortunately, along with them, all the pilots and passengers were safely rescued, police informed.

“They are alive only because of timely rescue,” said Inspector Basanta Kumar Sharma of Baidam Police Post, who was involved in the rescue. “When the sudden strong gust of wind blew, I noticed paragliders falling into the lake. And we immediately went for the rescue.”

Sandeep Pariyar, one of the rescuers, said a rescue boat with six people also capsized in the lake while attempting to rescue a foreigner. “But as we know how to swim, we took off our clothes and rescued the foreigner. After that, we faced another challenge to take the boat to the lake shore due to strong winds.”

KASKI, Jan 23: A British citizen died after a glider met with an accident on Monday. ... Read More...

It's possible to achieve

It’s possible to achieve Any dreams that you have seen You just need to try your best It’s going to... Read More...

Locals are in fear of possible violence in Garuda

RAUTAHAT, March 5:  Locals of Garuda of the district are in fright as CPN-UML and Unified Democratic Madheshi Front are... Read More...