29 years and running: Story of a trekker 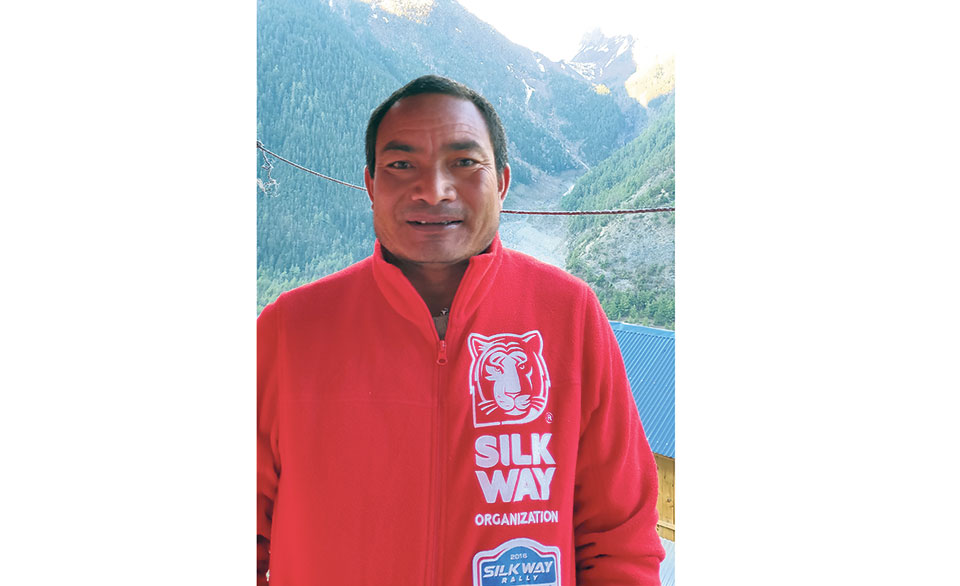 KATHMANDU, May 11: Shyam Gurung, a local of Jitpur, Bhaktapur, is now a self-established trekking guide. Fluent in Russian, he has been in the tourism industry for the last 29 years, having juggled various kinds of jobs and environments before finally acclimatizing with the Himalayan trekking business.

Having dropped high school, Gurung began working as a porter for tourists at the age of 14. At 16, he was already working in a travel agency called Royal Mountain Travel. He believed that learning an extra language was quintessential to succeed in the tourism industry, so he initially took a three-week course in Russian. Gurung has now registered his own trekking company, named Trekking Club Pvt Ltd.

“For someone who struggled with English itself, learning Russian was initially a huge challenge,” Gurung said.

According to him, struggles are short-termed if one is ready to persevere for the long run.
"I used to talk in Russian to myself, pointing at objects, trying to recall and pronounce their names," Gurung said, adding: "It may have seemed crazy to others but it was a process that helped me improve."

He is a firm believer in learning and working with genuine interest and passion towards any set goal.

"Though his get-up may not be as impressive for a tour guide, his Russian immediately appeals to us," a Russian, who was recently part of Gurung's team, stated. He normally takes 5 trips a year throughout the tourist season, each lasting a fortnight.

Gurung specifically guides Russian speaking foreigners travelling to Nepal. He has covered all routes of the Annapurna Range, Upper Mustang, Everest Region, Manasalu. He has even trekked through Mt Kailash in Tibet thrice.

When Republica asked for Gurung's opinion regarding the current status of the tourism industry, he said that there was much room for improvement. He said that most people travelling to Nepal have been middle income tourists, and that Nepal was not able to attract quality tourists willing to spend graciously while travelling.

“Some don't even pay for their rents. They even cook their own food,” Gurung said.
According to him, to attract higher class tourists, it was necessary that Nepal prioritized on improving infrastructures and facilities for tourists, such as luxury hotels and lodges.

He said that life was also generally difficult for tour guides and porters, especially those who did not speak a foreign language other than English.

“If licensed tour guides were to be provided a basic salary by the government, it would go a long way in improving their lives while providing an incentive to work harder,” he said.

For porters who earn just $20 a day with which they have to arrange for their living and food, such incentive would be a huge boon.

During the journey, he typically informs his team members about various cultural practices, rituals, religious values, destinations and beliefs prevalent. Russians part of his team were seen with doro (sacred wrist band made of strings) on their hands.

-Go slow and steady.
-Drink lots of water.
-Acclimatization is of utmost importance.
-For me personally, a spoon of Chyawanprash (Ayurvedic tonic) goes a long way.
-Spicy and sour food is advisable.
-Its best to avoid chocolates as it only leads to gastritis.
-Starting early in the morning (around 4-5) and reaching the destination before noon is the best timing as weather in the mountain gets unpredictable in late afternoons.

KATHMANDU, Jan 1: Strugglers New Road Team and Machhindra Club were involved in the most outrageous game of the season... Read More...