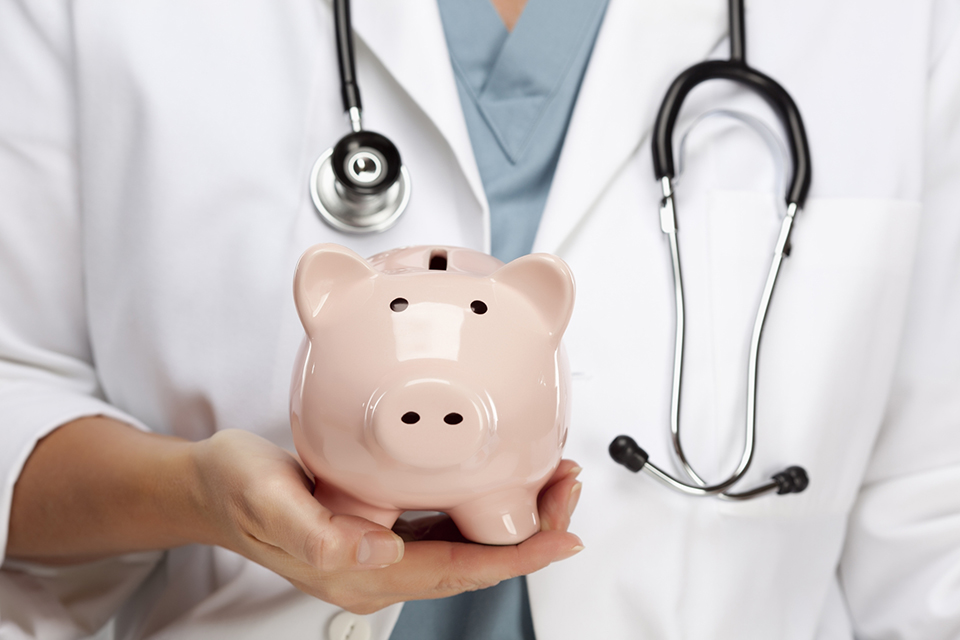 Nirmala Chaudhary came to Kathmandu from Dang nearly a year ago for the treatment of her husband, Kripa Lal Chaudhary. Since mid-2014 he had been unable to walk properly; he would feel shocks and collapse. First, they went to Guruwa (traditional healers) and resorted to some herbal medicines. After it didn’t work, they went to Nepalgunj Medical College at Kohalpur, Banke district for consultations. The doctors told them that Kripa Lal had infection in his brain and referred him to Kathmandu. After borrowing Rs 60,000 the couple decided to seek treatment at the TU Teaching Hospital. They stayed at a cheap guesthouse at Naya Bazar, saw doctors at the OPD and waited for nearly a month. But after they could not get admitted to the hospital for further investigation, they decided to return home.

Tens of thousands of people like Nirmala and Kripa Lal are still biding their time in different parts of the country, unable to afford costly treatment for themselves or their family members. Worse, they don’t know if their disease could ever be cured.

Despite being a poor country, Nepal has made great strides in terms of providing health services to its people. The country is far ahead of its southern neighbor, India, and many other lower-income countries in terms of reducing maternal and infant mortality rates and expanding access to toilet among the general population. These progress were clearly mirrored in the country’s status report on the Millennium Development Goals (MDGs).

Still, the majority of the people of Nepal bear medical expenses out of their own pocket and those who can’t afford the sky-high costs of medical care are condemned to lead miserable lives.

The Constitution of Nepal, 2015 and the Nepal Health Policy, 2014, both describe health as a fundamental right of all the citizens. In order to ensure affordable health services to people, the government introduced the Health Insurance Scheme (HIS) as part of its social security program. The scheme, first piloted in three districts—Kailali, Baglung and Ilam—is now being expanded to 22 districts.

Under the scheme, a family of up to five members has to pay Rs 2,500 (approx. US $25) per annum and will be eligible to access medical services worth Rs 50,000 (approx. US $500). For this, they will have to go to government-run hospitals or Primary Health Care Centers.

But as with many other government schemes, this ambitious program has also been facing hitches right from the beginning. Officials say they are trying to improve the facilities being offered by government-run institutions, rope in more private or public-private partnership hospitals and spread awareness among the masses. They say they are investing in human resources, health infrastructure and equipment in order to provide quality services to the patients.

But in a poor country like Nepal with a huge gap between haves and have-nots and most specialized services still urban-centric, providing quality health care to all citizens remains a big challenge.

Reports suggested that over half of the people who were enlisted in the scheme in Kailali district did not renew their insurance. They were not happy with the services being offered by local hospitals and health centers, reports said.

In the UK, healthcare is generally accessed through public providers, but additional private care can be purchased. All the associated costs are covered by the state. There are many success stories of insurance coverage. One example is that despite being categorized as a low-income country, China has already successfully achieved universal health insurance coverage in 2011.

While private health insurance system is still in its infancy in Nepal, accessed mostly by employees in the organized sector or people who can afford, the history of community-based health insurance scheme is quite long.

From saving and credit groups to the BP Koirala Institute of Health Sciences in Dharan, such schemes were aimed at reducing risks and providing affordable health care services to poor members of the community. But most of them have closed mainly as they have failed to raise enough in premiums to continue with their services.

Following the Health Insurance Policy published in 2013 as an effort to protect the poor and reduce the out of pocket health expenditure, the Government of Nepal in 2015 formed the Social Health Security Development Committee (SHSDC) to implement the health insurance scheme. The program is now being implemented in 15 districts, covering some 180,000 people. Dr Guna Raj Lohani, Executive Director of the Committee, said they are planning to expand the scheme to 38 districts within a year.

Under the scheme, the government has promised to bear full costs or up to 75 percent discount for people below the poverty line, based on their economic status. The poor identity card, to be distributed by the government, would advise people what sorts of services they are entitled to. But the Ministry of Poverty and Cooperatives is refusing to distribute even those ID cards that are ready.

As the government is expanding the program with a view to achieving Universal Health Coverage (UHC)—one of the health and wellbeing related targets of the Sustainable Development Goals (SDGs)—many challenges remain. Any new system takes time to perfect. What is needed is constant vigilance, openness to changes and fixing the problem to make it better. Progress towards UHC needs not only strong political commitment but also a clear strategy that ensures different aspects of the health system are aligned and coordinated to address core performance challenges effectively. However, the main challenge will be to strengthen existing health institutions, train human resources, make sure there is enough staff at health institutions and that they are well-equipped.

As Nepal heads towards a new federal structure, rich discussions involving stakeholders including researchers and beneficiaries are needed to identify insurance structure that fits well in different provinces of Nepal. Only an overall reform in the existing health delivery system could help gain the confidence of the people, including those who are enrolled in the health insurance scheme. Continuous monitoring, evaluation and learning from the insurance scheme in its initial phase are as important to fine-tune the strategy and scale up the scheme widely.

Back in Dang, nearly one year down the line, Kripa Lal doesn’t know the cause of his illness, is not able to work on the field and is taking some medicines bought from Nepalgunj. Nirmala, in her fifties, is taking care of her husband but doesn’t know what to do next. “I haven’t been able to pay off the loan I had taken earlier and it has now gone up to Rs 70,000,” she said.

A promising initiative, the health insurance scheme will have to address the problems being faced by people like Kripa Lal across the country.

Yogi (bhagirath.yogi@gmail.com) is a BBC journalist based in London and Regmi (pregmi@bournemouth.ac.uk) is a public health researcher at the Bournemouth University, UK