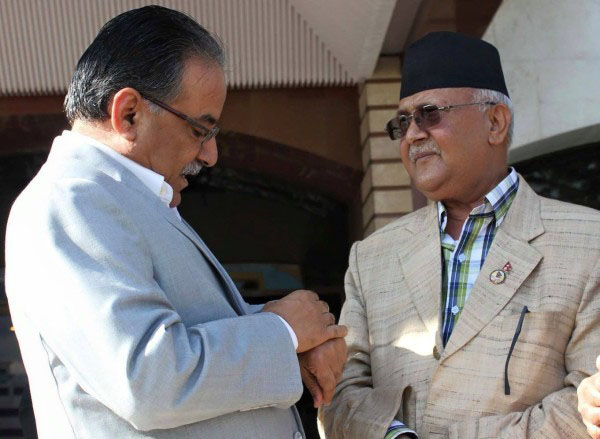 KATHMANDU, Oct 3: CPN-UML and CPN (Maoist Center) are jointly organizing press meet on Tuesday to announce the electoral alliance and the party unification between two parties. According to the secretariat of chair Dahal, the press meet will be held at City Hall at 5 PM.

The two parties have made consensus to share 60/40 seats in Parliament and Provincial assembly. It is learnt that the parties are also preparing to make public a declaration paper although they will not share a common election symbol. Similarly, the parties have agreed to form a joint committee to facilitate the parties for the unification after the elections.

All parties should be active to make upcoming elections a success: DPM Thapa

KATHMANDU, Nov 2 : Candidates from major political parties have started to file their cadidacy for upcoming elections in 45 districts.... Read More...