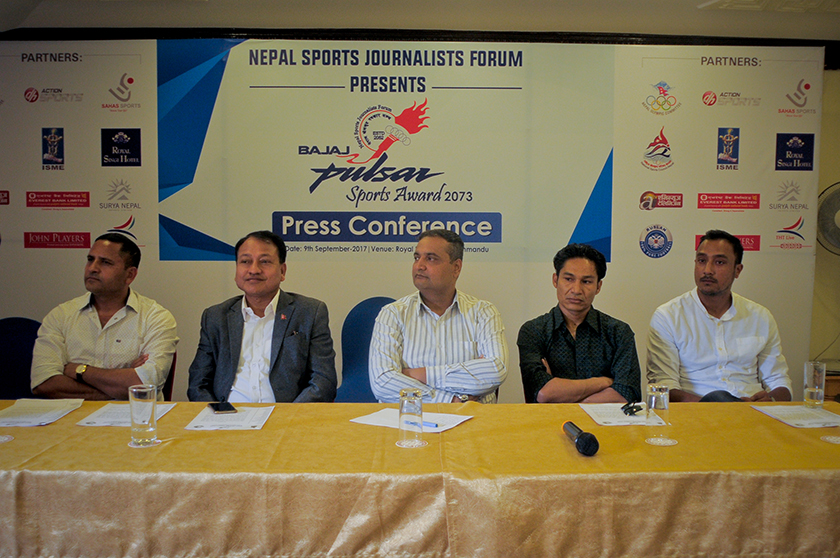 KATHMANDU, September 9: Preparation for most awaited Pulsar Sports Award-2017 has been completed. The mega sports event is scheduled to be held on Monday.

One of the most prestigious sports award ceremonies in the country rewards various sports personalities under various categories.

Organizing a press meet on Saturday, the organizer, Nepal Sports Journalist Forum informed that all the preparation has been made to organize the program successfully.

The nomination of the players has been listed on the basis of their performance throughout the year.

Earlier, the organizers had announced nominees for the people’s choice award of annual Pulsar Sports Award.

The winner of the people’s choice award will be decided through SMS voting and Facebook likes. The nominated players can be voted until the midnight of September 10.