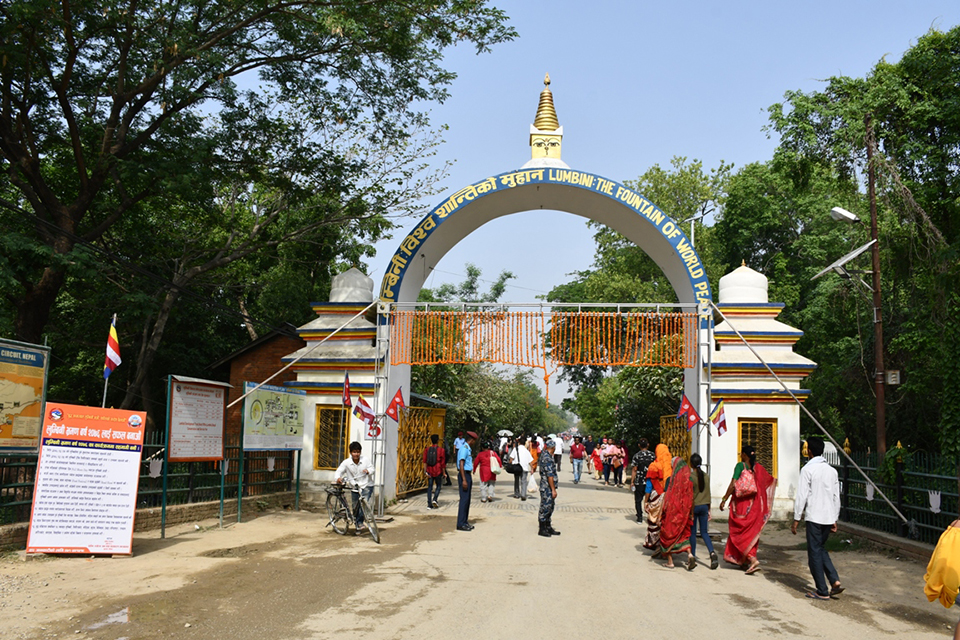 Kathmandu, May 18: The State government of State-5 is organizing a variety of programs today to mark the 2563rd Buddha Jayanti, and also the beginning of the Lumbini Visit Year.

President Bidya Devi Bhandari is scheduled to arrive Lumbini to attend various programs to be held in Lumbini, the birthplace of Gautam Buddha.

Prime Minister KP Sharma Oli arrived Lumbini yesterday evening. Prime Minister Oli also visited the Tilaurakot durbar premises and lit lamps at Lumbini. President Bhandari is scheduled to officially inaugurate the Lumbini Visit Year 2076 to be announced by the State-5 government, as the chief guest of the main celebration to be held in Lumbini on the occasion of Buddha Jayanti, according to the Lumbini Development Trust.

Likewise, the Prime Minister is scheduled to perform a special pooja at Mayadevi temple, kick off the peace rally, plant saplings and unfurl the largest flag of Nepal and serve food to monks, according to State-5 Minister for Industry, Tourism, Forest and Environment Lila Giri.

Meanwhile, in a message on the occasion, Chief Minister of State-5 Shanker Pokharel has said that the teachings of Buddha that establish the Buddhist philosophy are invaluable asset not only of the Buddhists but of the entire humankind.

He has also expressed the confidence that the Lumbini Visit Year that begins today would become significant for promotion of tourism in and around Lumbini.  RSS

Induction stove an alternative for people during lockdown
10 hours ago
NA plane departs for Guangzhou, China to bring medical equipment
4 hours ago

307 foreigners flown out of Nepal
10 hours ago

PM Oli discharged from hospital
21 hours ago
People defying quarantine rules in Sudur Paschim
11 hours ago
Senior citizens to be provided with Rs 10,000 as a relief package
22 hours ago

Amid shortage of PPE, National Innovation Centre begins its manufacturing in Bhaktapur
4 hours ago

Lockdown may be extended by a week
7 hours ago