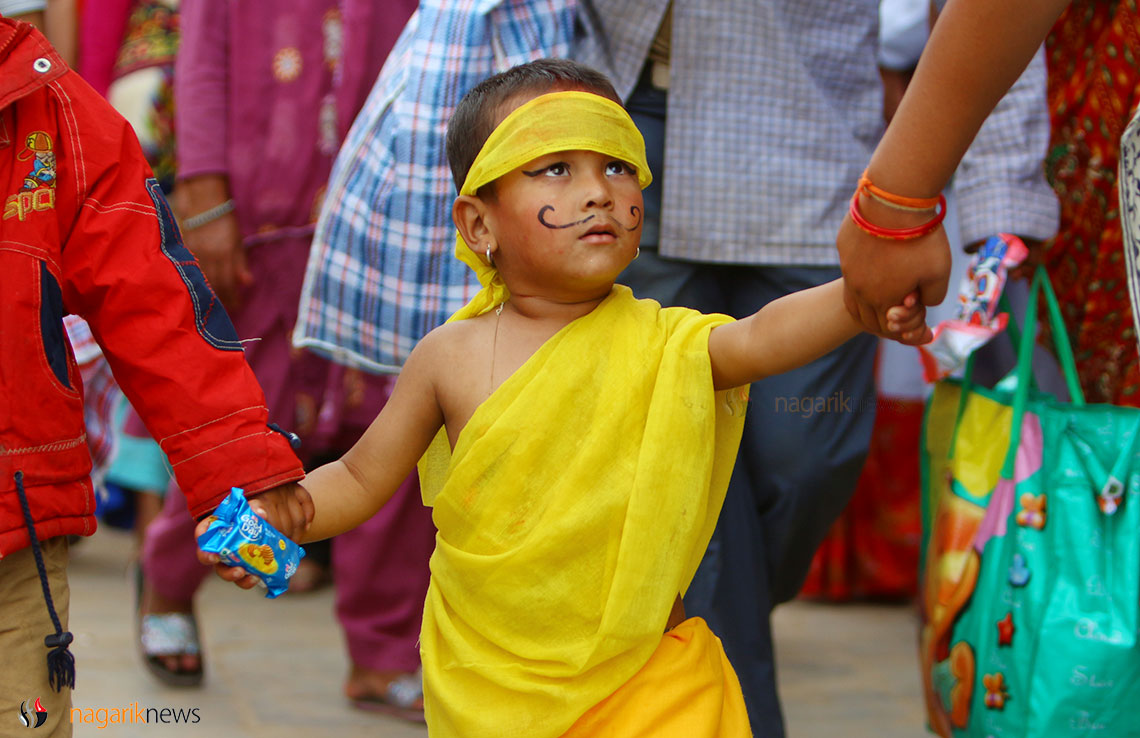 KATHMANDU, August 8: The traditional festival of Gaijatra or the 'cow festival' is being observed from today in the three cities of Kathmandu Valley and some other places in the country amidst fun, gaiety, humor, satire and entertainment.

The festival, beginning on the first day of the waning moon in the month of Bhadra as per the lunar calendar, lasts for a week.

During this time-honored tradition, people of all ages in the guise of cows and lunatics go around the city, wearing odd costumes to commemorate those who died during the past year. The bereaved families offer fruits, bread, beaten rice, curd and money to those participating in the procession including the cows.

This festival is believed to have started during the reign of King Pratap Malla, who, in a bid to console his queen, much grieved at the death of her son in a smallpox epidemic, ordered his people to organize humour and satire programmes in various comic postures.

The tradition has been continued in the form of the Gaijatra festival during which people also give vent to pent-up feelings towards social and political anomalies, human follies and other contemporary affairs through comic skits, cartoons and the like.

Here are some photos of the celebration:: 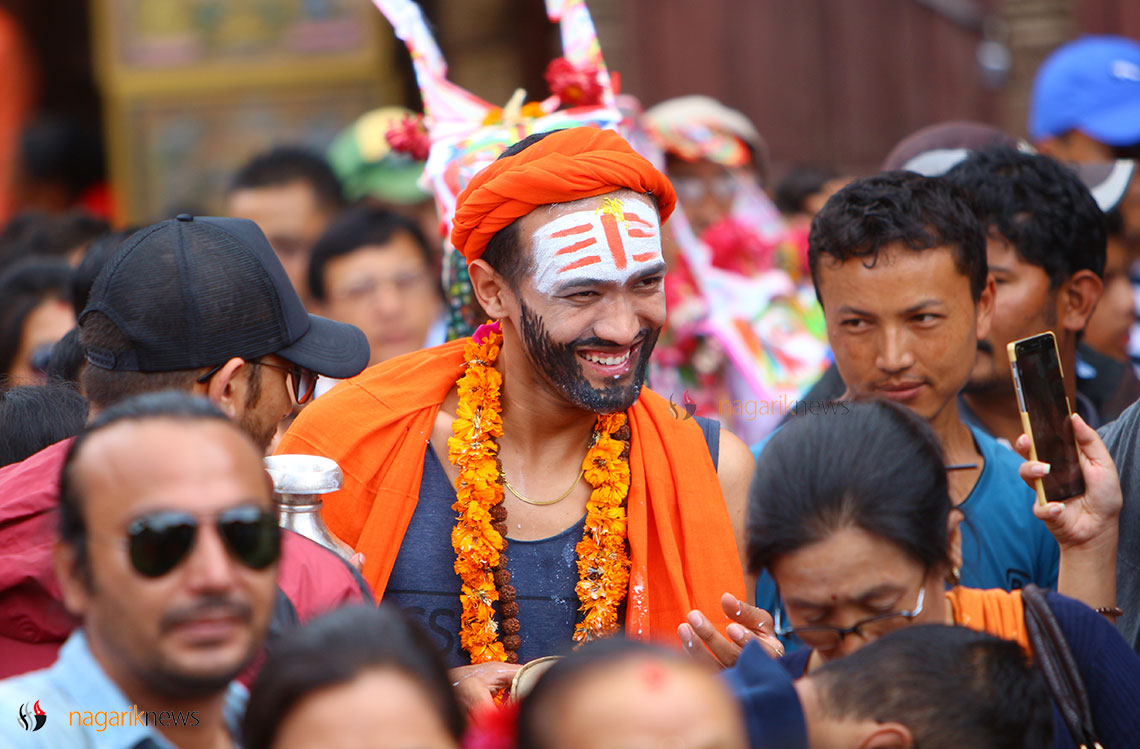 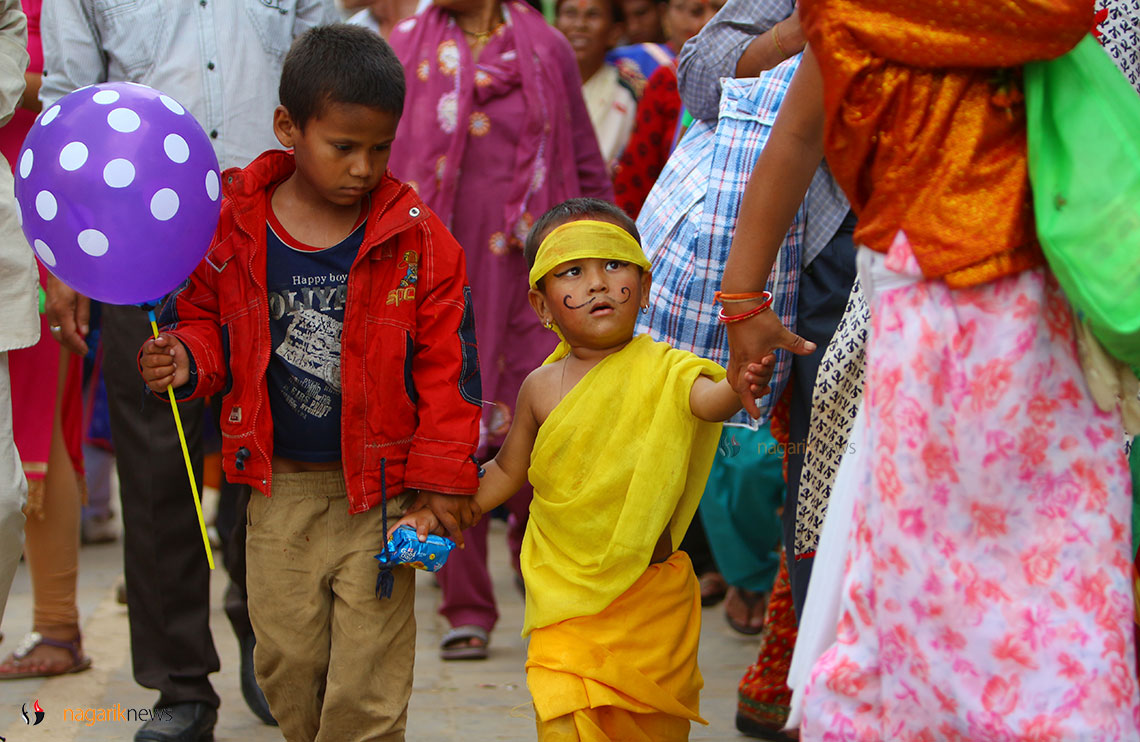 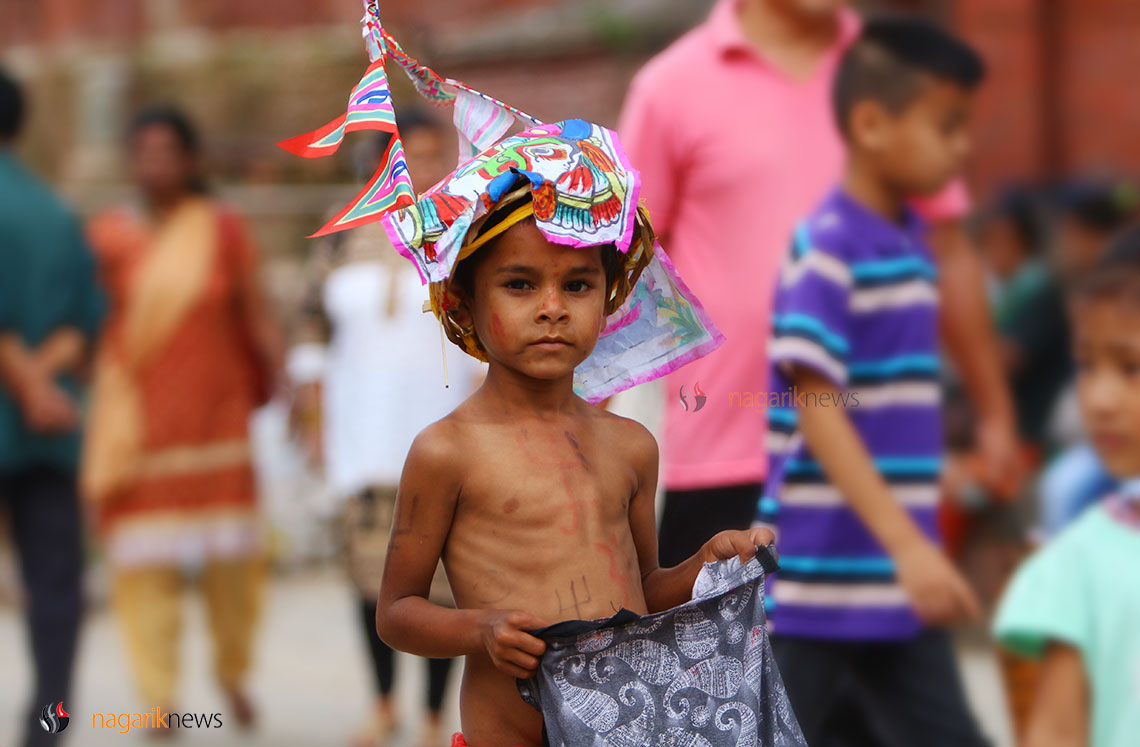 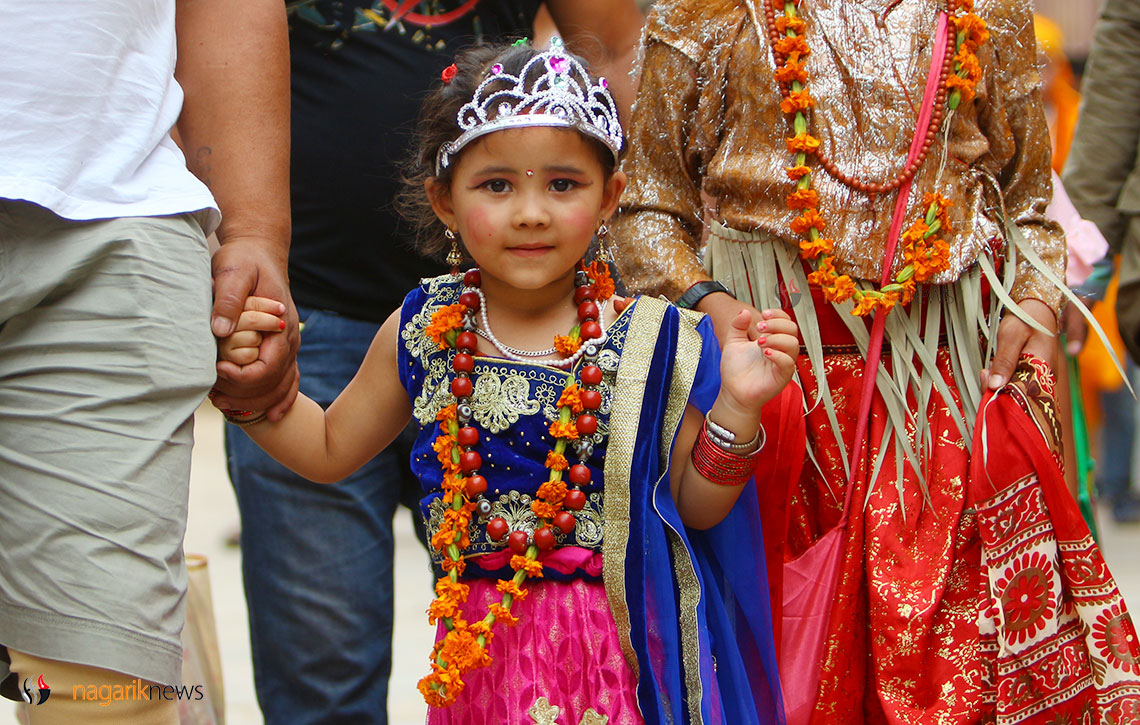 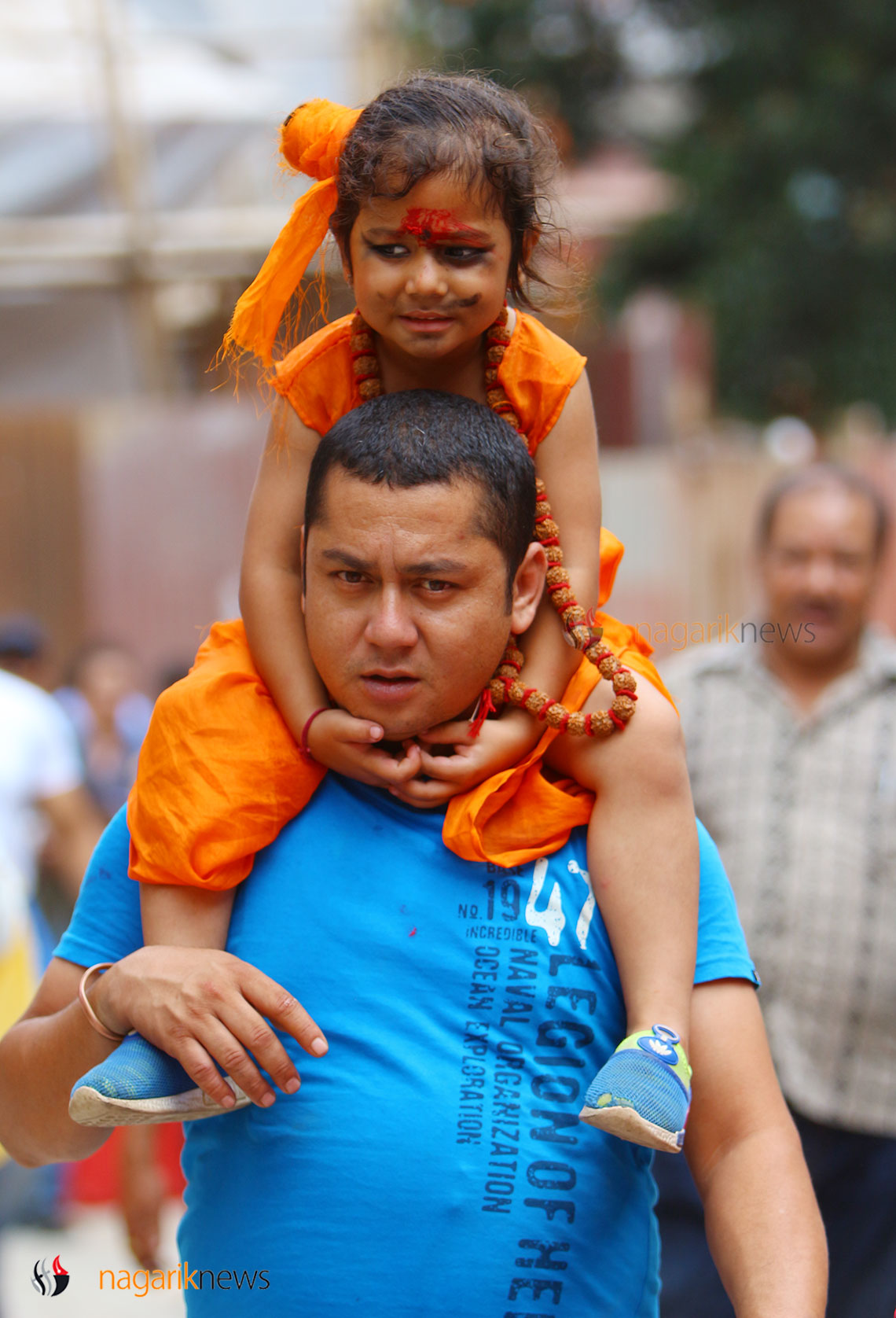 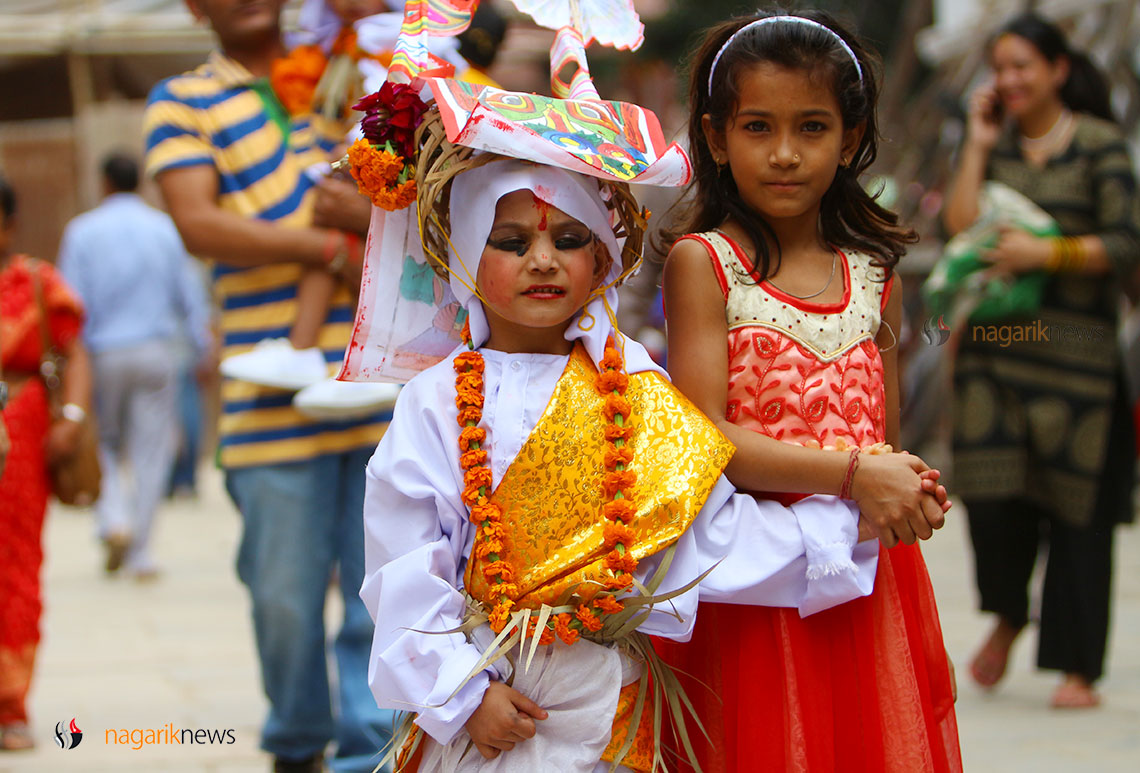 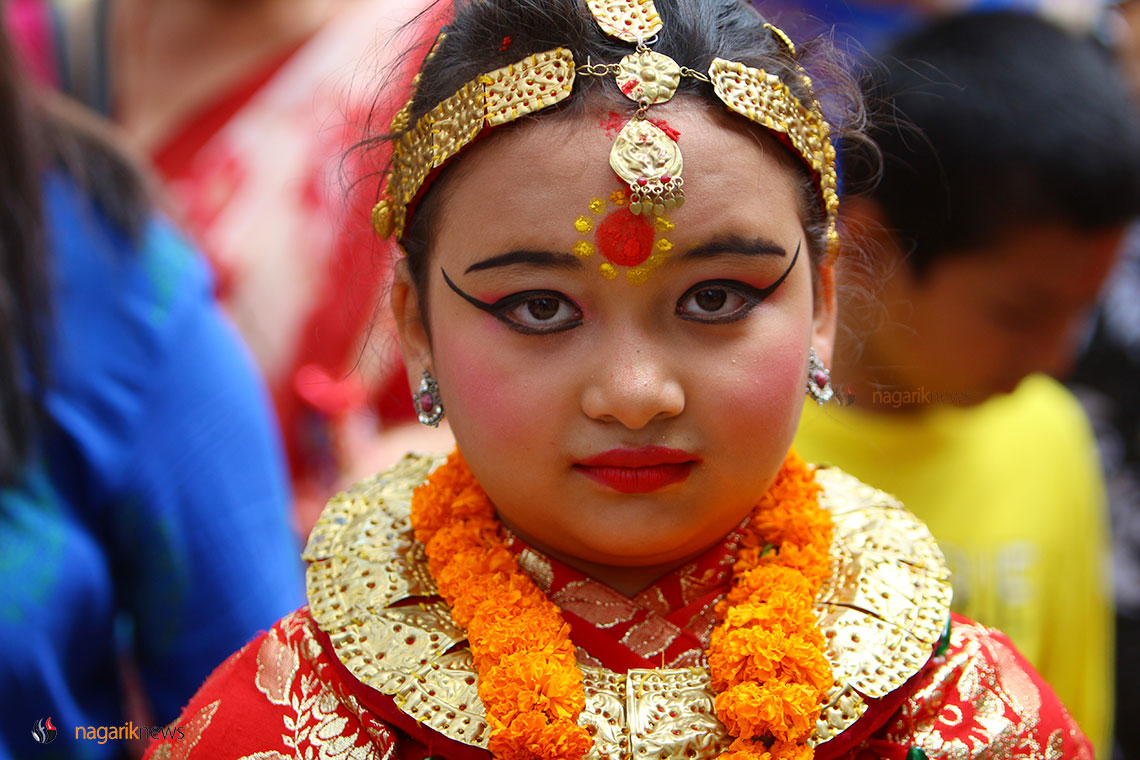 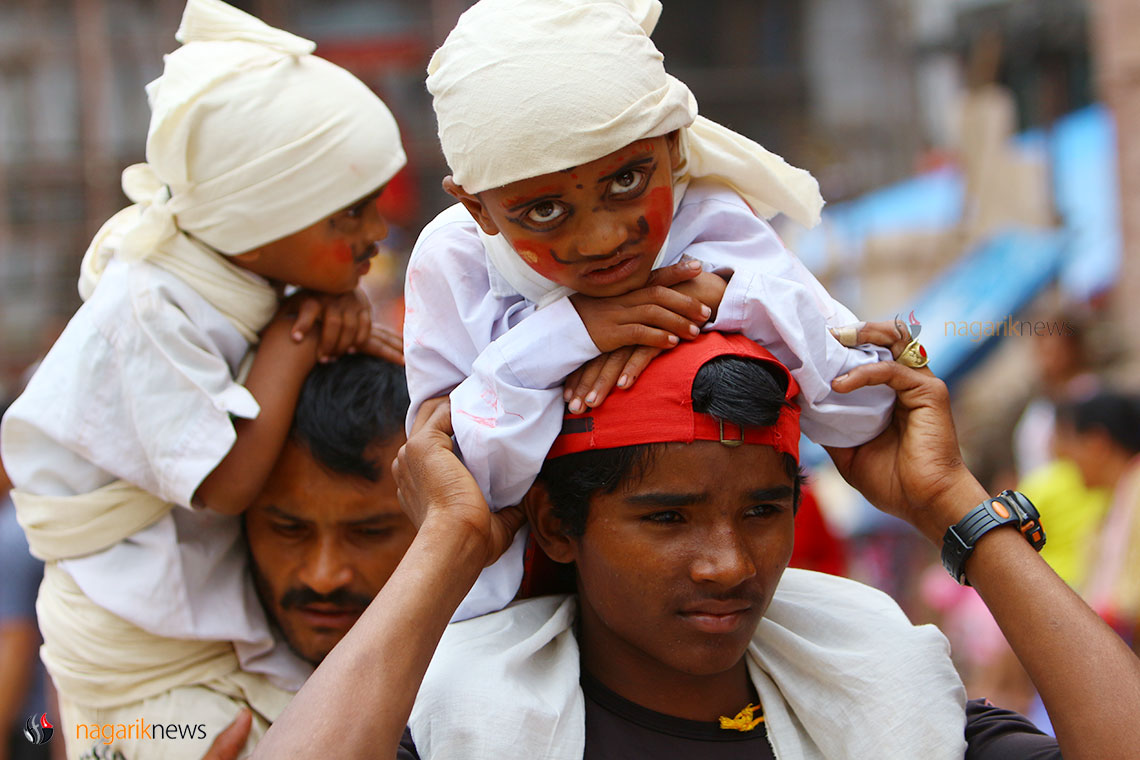 KATHMANDU, Dec 26: Nepal started its campaign in the 4th SAFF Women’s Championship with a thumping 8-0 win over Bhutan... Read More...

NEPALGUNJ, Sept 5: People have formed a human chain in the no man’s land near Jamunaha checkpoint in Nepalgunj on... Read More...