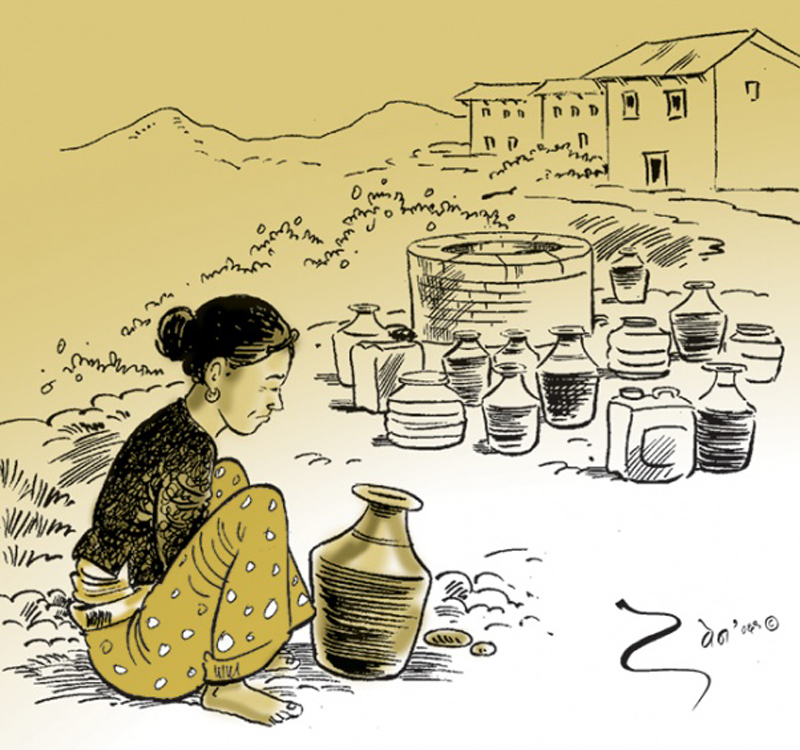 The author is the Vice Chairperson of Dalit NGO Federation (DNF)
news@myrepublica.com

Nepal got its seventh constitution on September 20, 2015 with the key features of federal democratic republic, secularism, proportional representation, affirmative action and social justice. The constitution has some good provisions to build an inclusive and just society by including people from all backgrounds. The Dalits, who comprise over 13 percent of national population according to government data, had been highly marginalized and discriminated against by yesterday’s exclusionary and feudal state. But the new constitution addresses some of their concerns.

The constitution includes among fundamental rights Right against untouchability and discrimination, and Rights of Dalits, in Articles 24 and 40 respectively. Likewise, Article 255 provides for a National Dalit Commission (NDC), a constitutional body, and Article 282 has a provision that “The president may, on the basis of the principle of inclusion, appoint Nepalese ambassadors, and special envoys for any specific purpose.”
These are some fruitful provisions for Dalit uplift, inclusive state and liberation from century-old caste-based discrimination and untouchability. Having promulgated the constitution, BK Shreepaili, a Dalit, was appointed the Minister for Youth and Sports, Durga Bahadur BK became a justice of High court and Padam Sundas has been appointed the Ambassador of Nepal to Bahrain. Bishwendra Paswan, President of Bahujan Shakti Party, likewise, became a cabinet minister.

All these representatives from Dalit community, except Paswan, were promoted by CPN (Maoist Center). Otherwise, other major parties like Nepali Congress, CPN-UML, RPP, and MJF (Loktantrik) are apathetic about implementing these inclusive provisions of the constitution. Congress in its history has never made Dalit a full minister. Likewise, UML has appointed only one Dalit cabinet minister, Chhabilal Bishwakarma, after the declaration of federal democratic republic.

Among token representation, Gunalaxmi Sharma Bishwakarma became the ambassador to Myanmar from UML quota; Ratna Bahadur Bagchand was appointed Justice of Appellate Court (Now: High Court) from Congress quota; and Man Bahadur BK and Ashok Shreepaili became joint secretaries after the amendment of Civil Service Act 2049. Our political and administrative structures are slowly becoming Dalit-friendly but the commitment of our major parties to the making of an inclusive state, as provisioned by the constitution, remains a suspect.

Of the 308 Articles in the constitution, 31 are fundamental rights. Among them three articles are directly related to Dalits. But Article 47, in particular, is important. It states that for the “implementation of fundamental rights, the state shall, as required, make legal provisions… within three years of the commencement of the constitution”. Since two years have already passed without any progress, it is doubtful that this provision can be actually implemented.

The problems of Dalits are mainly twofold: one, century-old caste-based discrimination and untouchability by the so-called upper castes and two, exclusion from state mechanisms. The second may include deprivation of education; obstruction to obtaining citizenship, birth and marriage certificates; lack of access to decent work, land, good healthcare services and disengagement from economic activities. In this context, it is up to the big political parties to ensure that the Dalits don’t much suffer.

The constitution’s main goal is to institutionalize the achievements of the decade-long ‘people’s war’ and 19 days historic ‘people’s movement’ and achieve sustainable peace and development. But there cannot be sustainable peace unless backward and excluded communities are taken into confidence through inclusive measures.

To address the problems of Dalits, the state needs to hold a national-level campaign against caste-based discrimination with the participation of Dalits and non-Dalits alike, including the President, the Prime Minister, the Chief Justice, the Speaker of the House of Representative, ministers, COAS, and IG of both police forces so as to send a strong message to the international community.

More than this, if the constitution can be honestly implemented, it will be a milestone for the uplift of all backward communities and help build a discrimination-free country. There are hundreds of laws to be passed in the spirit of the constitution. The National Dalit Commission (NDC) Bill is already ready, but it has been prepared without consulting relevant stakeholders. Again, our political parties don’t seem committed to build a truly inclusive and accommodative new Nepal.

The author is the Vice Chairperson of Dalit NGO Federation (DNF).

Where’s he now?  The artist in you Discovering arts everyday Something different, something new ... Read More...

Coming up with $24 billion over the next ten years is going to be a Himalayan challenge for Nepal ... Read More...