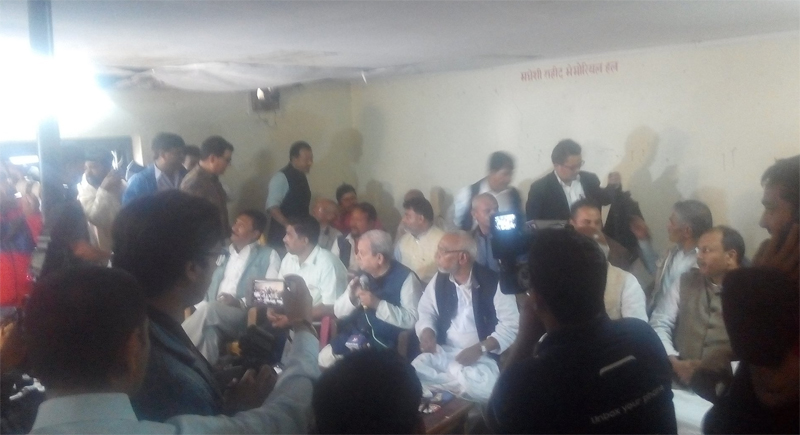 The meeting of the RJPN at its party headquarters in Kathmandu on Sunday took a decision to intensify protest programs to disrupt the elections and announced general strikes in Tarai Madhesh for four days starting from June 13.

Speaking with the media person after the meeting, coordinator of President Council of the party, Mahanta Thakur said that the government failed to address their demand of constitution amendment and increase in local level units for which, they are compelled for fresh agitation.

The RJPN decision could raise tension in Tarai Madhes districts as the period of general strike coincides with the date of filing candidacies.

RJPN announced the protest programs after the ruling coalition rejected their proposal to postpone the second phase of local elections further and amend the constitution prior to it.

Day 2: Rights activists take to the streets demanding justice for victims of sexual abuse (with photos)
9 hours ago

Three people killed due to wind storm identified
12 hours ago

Renu Dahal leading by more than 5,000 votes in Bharatpur metropolis
13 hours ago