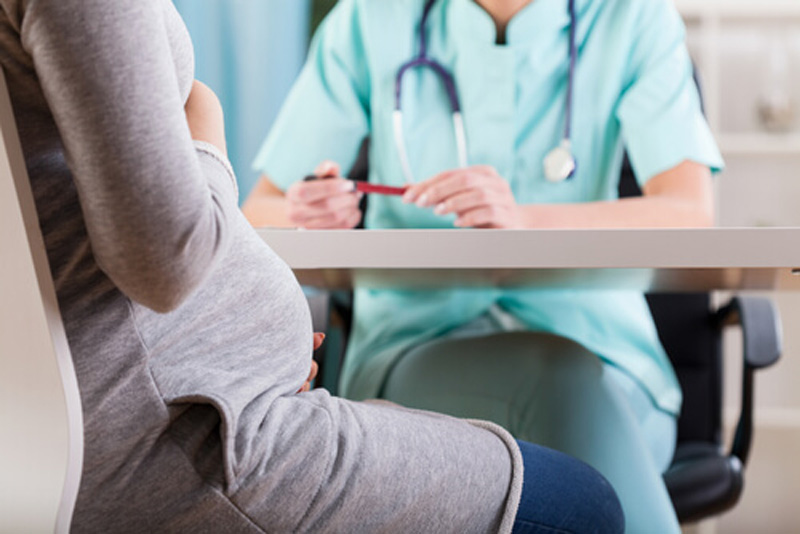 Before making laws against obstetric violence we should make women aware of their birthing rights
Obstetric violence is a form of violence inflicted on women who are pregnant and birthing. It includes wide range of conducts which may include but are not limited to verbal abuse, humiliation, shouting, scolding, threatening, passing crude remarks on women’s sexuality, etc. It is an intersection between violence against women and institutional violence which has drawn the attention of global public health personnel and lawmakers.

The World Health Organization has initiated a drive to reduce unnecessary medical interventions during childbirth and there have been legal developments in criminalizing obstetric violence in Latin American countries like Venezuela, Argentina, Mexico and Brazil. Violence against women is a well covered issue in our constitution and so is the issue of occupational safety of health workers. With frequent reports of mistreatment of women in labor, soon we will be debating issues of obstetric violence in lawmaking process.

Obstetricians and midwives deal with the most crucial events of a woman’s life, pregnancy and childbirth, and they are trained to use their skill and knowledge to make this a cherished experience. But now care providers are being blamed of using obstetric violence to assert their authority and cast shame on women. They are accused of curtailing a woman’s autonomy, which is her ability to make decisions affecting circumstances in her life. But in a country like Nepal, where we have not been able to make women understand their basic rights, care providers cannot depend on womens’ autonomy to make the right decision during labor. Their goal is always to ensure that both the mother and the baby are healthy.

Since women’s literacy rate in Nepal is only around 44 percent, few women would be able to understand obstetric violence. But many more would be able to relate to it if they knew what it entailed. Forms of obstetric violence include: making a woman deliver in supine position only, giving an episiotomy (a cut in the perineum to facilitate birth) when it is not mandatory, manual revision of the uterus after birth, administering unnecessary drugs (or not administering necessary ones), performing Caesarean delivery even when it’s not needed, and over-emphasizing fetal risks.

The concept of obstetric violence evolved from the concept of “humanized birth movement” which has the principle of de-medicalizing birth and making it as natural as possible.

Nepal has been applauded worldwide for being able to meet the Millennium Development Goals on reducing maternal mortality. This has been possible through extensive antenatal coverage, skilled birth attendants, and institutional deliveries. But we are still a long way from achieving the Sustainable Development Goals with the target date of 2030.

With incidences of obstetric violence on the rise, women might choose to deliver without medical aid. Our women who still don’t mind giving birth in forests, grasslands and vehicles on the way to the hospital might revert to the same. At this time when we are on our way to achieving 100 percent institutional deliveries, obstetric violence should not be a hindrance to it. On the other hand, do women who willingly go through deliveries in natural surroundings feel abused during institutional deliveries? Do they feel healthcare providers are stealing their autonomy?

In Nepal only a few literate city-dwelling women and their partners understand their birthing rights well enough to make the right decision, especially during emergencies.

Besides a few elites in Kathmandu who understand childbirth and labor beyond the incomplete information disseminated through Wikipedia, poorly-informed women cannot be depended to make obstetric decisions. This is where the role of a proficient healthcare provider comes in.

Obstetrics and Gynecology deals with the major events in a woman’s life: pregnancy, birth, menopause, and death. These disciplines also prepare their practitioners to deal with the ethical dilemmas that come their way. But doctors and midwives often work under pressure. Constrained in resources and having to deal with never-ending patient load, it is impossible to have a women-centered perspective during childbirth.

Health institutes in Nepal are still striving for quality care, trying to make basic facilities available, to work out institutional protocols for patient-centered care, and to cultivate doctor-patient understanding through effective communication. This cannot be an excuse for obstetric violence but when there is just one bed in labor room which allows delivery only in supine position, how can a midwife offer women lateral position as per her wish? When there is no facility for epidural (anesthetic given to numb pain sensations below the hips), what medication can be given to relieve the pain of childbirth? When there is a struggle to save the life of a mother and her child, psychological satisfaction of the woman becomes a secondary issue.

Obstetric violence is phrased as “dehumanizing obstetric care” and “unnecessary medical intervention”. There are definitive signs of liberalization of Nepali women. They are not afraid now to talk about their sexual needs and the importance of their pelvic floor muscles, yet they are not in a position to judge if they need an episiotomy. When there is a premature birth or a rigid pelvic floor, obstetricians make the cut because it is necessary, not because they are “dehumanizing” the laboring woman.

Doctors today practice evidence-based care and do what is best for their patients and this sometimes might mean disregarding a patient’s wishes, but only for their benefit. An example of this is the increasing rate of Caesarean delivery on maternal request. A woman exercises her birth right to have a Caesarean delivery and she is content with the choice she has made with her doctor and her partner. But Caesarean delivery also poses substantial risk to her future pregnancies, which the obstetrician recognizes more than she does. By respecting women’s choice, the obstetrician will only add to the country’s healthcare costs. It is already a tough job to balance institutional and national cost without compromising healthcare. And now with the added pressure of not compromising patients’ wishes, ethical dilemmas are on the rise.

A bad birthing experience can traumatize a woman and she may never be able to recover from it. There are instances in South Africa where women are hit between their thighs with an instrument and made to hold a still-born (dead) baby for hours. Such appalling incidences of obstetric violence—which are yet to be reported in Nepal—suggests the failure of the healthcare system of the country in question. Yes, such physical violence and verbal abuse should not be tolerated. Health providers need to be in constant vigilance for rude behavior, screaming or shaming women in labor, and strict action should be taken against those who are at fault. There are care providers who mean well for the patient but do not understand the repercussions of their action.

Adequate training plays an important role in such situations. Doctors are trained to respect patients’ privacy and dignity and they try their best to communicate with the patients and to understand their needs. Adequate resource allocation can be another way of dealing with it. A coherent approach involving professional associations, governmental and non-governmental organizations, communities, and families is required.

Before thinking of developing laws against obstetric violence, we need to focus on making women aware of their birthing rights so that they can make autonomous decision regarding their body. A respectful childbirth can be achieved through an intricate balance between the caregivers’ attitude on obstetric violence and measures to prevent it, and the care-seekers’ trust on their caregivers.

The medical education ordinance that the government promised to Dr. Govinda KC has come into effect after authentication by President... Read More...