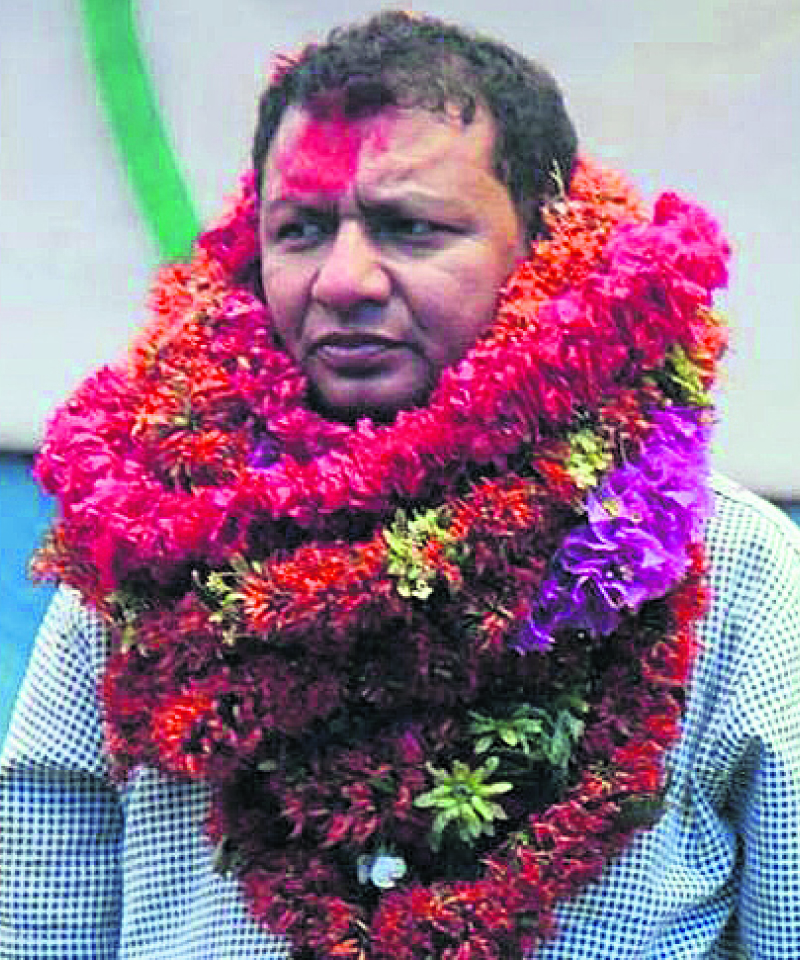 Dalit community is hopeful that they will no more have to fight for their rights
JAJARKOT/ BAGLUNG May 22: The local level elections announced after a gap of almost two decades has turned out as a major milestone for Dalit and marginalized communities with many of them securing positions in the local units. A good representation of Dalits in the local units has made the election historic for the Dalit community.

A lot of people were surprised when Dev Kumar Nepali of Burtibang joined CPN (Maoist-Centre) by quitting CPN-UML just 11 days before the elections. He then filed his candidacy from the new party that too for the mayoral post. Nepali, who made a major decision of switching his party grabbed the attention of all and him as he made it to the post of mayor of Dhorpatan Municipality. With this, he has also set another history by being the first mayor from the Dalit community in the district.

Though parties like Nepali Congress (NC), Maoist Centre and Rastriya Janmorcha had a good hold in Dhorpatan from the very beginning, Nepali was successful in winning the hearts of the voters.

Most of the parties had limited the participation of Dalits only to the post of ward members so there were very few of them nominated for the major posts.

As he had switched his party just few days before the elections, a lot of people were doubtful about his victory. More than a politician, Nepali was a renowned businessman and a social worker.

Nepali emerged victorious after defeating his closest contender Arjun Sherchan of Nepali Congress (NC). He successfully garnered 2,600 votes while his opponent Sherchan collected 1,947 votes. His victory has elated a large number of Dalits.

“He is well aware about the miseries of Dalits and marginalized communities. So, there can be no better person other than him who can understand and solve our problems,” said Ramesh BK, a local.

The election law had made it mandatory to field women in each ward committee. Following the law, political parties had fielded Dalit women in various posts. However, they were still deprived from contesting for major posts. Nevertheless, many of them bagged the positions in which they were nominated.

Rati Nepali of Bheri Municipality-3, Simalgairi of Jajarkot had a different experience while taking oath on Friday after being elected as a member of the ward committee.   When people greeted and congratulated her for her victory, she realized the importance of her position. The respect that she was getting was enough to make her think about her role and responsibilities as the people's representative.

Speaking at the oath taking program, she was thanking the locals for electing a daughter of Dalit community. “Everyone will have their time, sooner or later. And our time has just arrived,” said Rati adding, “There was a time when the so-called upper caste people didn't even allow us to step on their houses. But finally we have reached to their position.”

Meanwhile, Srijana BK who was elected as a member of the same ward from independently expressed her happiness by saying, “It has been a long time that we have been ruled by others. But now it's our time.”

Besides, these two there are many candidates from the Dalit community who have bagged their seats in various positions. According to them, the representation of Dalit in the local level has been very encouraging. They are hopeful that the Dalit community no more will have to fight for their rights.

What are the challenges faced by today’s women in leadership roles? A leader has the quality to not only lead... Read More...