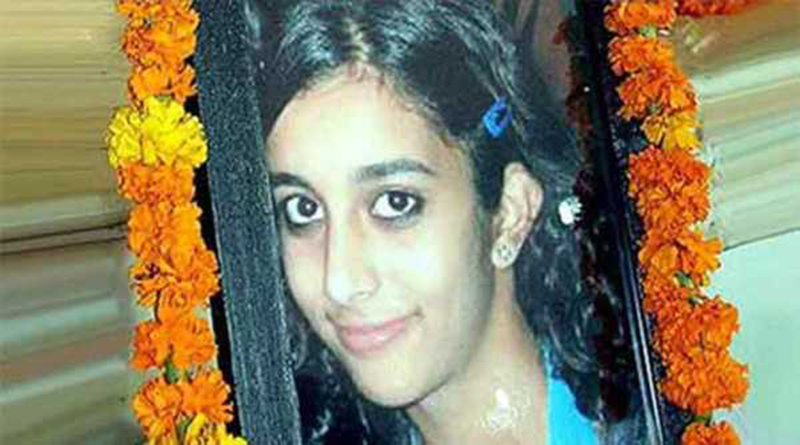 NEW DELHI, Oct 12: The Allahabad High Court on Thursday acquitted Rajesh and Nupur Talwar in the 2008 Aarushi-Hemraj murder case. The court ordered that the couple, whom a CBI court had in 2013 sentenced to life imprisonment for murdering their 14-year-daughter and domestic help in their Noida home, be immediately released as circumstantial evidence against the duo was inconclusive and their guilt could not be sufficiently established.

A two-member division bench of the High Court, comprising Justices B K Narayana and A K Mishra, gave the “benefit of doubt” to the Talwars, saying the prosecution’s hypothesis that the parents were the “only” members in the house at the time of the murder could not be proved.

“Nupur and Rajesh Talwar should be forthwith released because the entire evidence supplied by the prosecution counsel was not sufficient and the chain of circumstances could not be established,” Justice Narayana said in his verdict.

The Talwars had challenged the CBI court’s verdict in the Allahabad High Court, following which the division bench had reserved judgment a month ago. The Talwars were serving their sentence in Ghaziabad’s Dasna jail.

Talwars’ counselTanveer Mir thanked the court for the acquittal. “We have restored honour to the teenager and the help and established Aarushi’s parents were not guilty. The four were subject to intense character assassination, especially by the media. We argued and established that there was a possibility of outsiders having entered the house and committing the crimes, unlike the prosecution’s hypothesis that the parents were the only two other people in the house that was locked from the inside,” Mir told the The Indian Express.

Fourteen-year-old Aarushi Talwar was found with her throat slit in her Noida residence on May 17, 2008. The 45-year-old help Hemraj, who was missing, became one of the primary suspects till his body was recovered from the terrace of the house two days later.

The CBI court in November 2013 held the Talwars guilty of killing their daughter and Hemraj, and sentenced them to rigorous life imprisonment while also directing them to pay a fine of Rs 10,000 each for the murders. They were also handed a five-year jail term and a fine of Rs 5,000 each for destruction of evidence, a one-year sentence of simple imprisonment for Rajesh Talwar and an additional fine of Rs 2,000 for filing a misleading FIR. All sentences were to run concurrently.

The CBI court, presided by Additional Sessions Judge Shyam Lal, had, however, rejected the CBI’s plea for death penalty in 2014. Stating that the motive had been established, the court, in its 204-page order, had said there was nothing to show that an outsider had entered the house on the night of the incident. It also pointed out that the internet remained active during the night, suggesting that at least one of the accused was awake. Another point mentioned was that the injuries on the head and neck of both the victims were similar and might have been caused by a golf stick and surgical scalpel.

KATHMANDU, April 17: Kavrepalanchowk District Court has slapped life imprisonment on three officers of the then Royal Nepal Army  for the... Read More...

What’s the matter with China?
22 hours ago