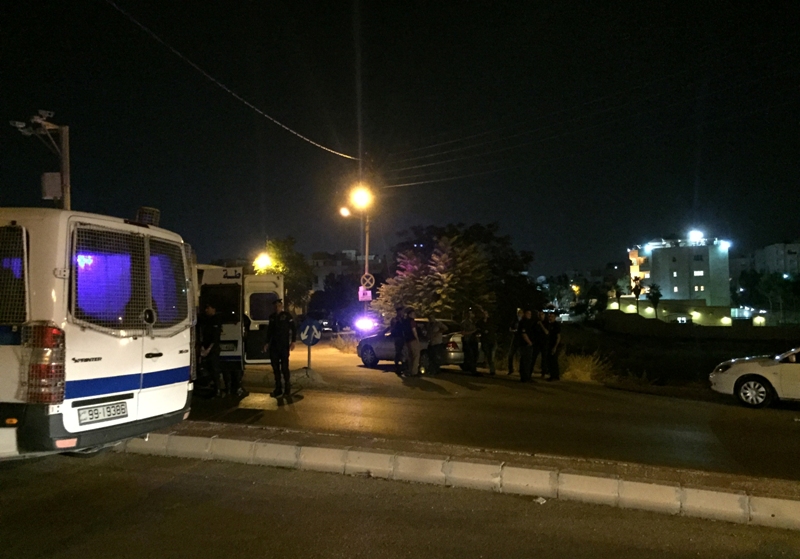 Security officials park near the approach toward the Israeli embassy in Amman, Jordan, on Sunday, June 23, 2017, in the aftermath of a shooting that left a Jordanian man dead and an Israeli man wounded. A security official confirmed a Jordanian had been killed and an Israeli wounded, but would not provide further details. He spoke on condition of anonymity because he was not authorized to discuss the incident with the media. Photo: AP

AMMAN, July 24: Two Jordanians were killed and an Israeli was wounded by gunfire Sunday in a residential building in the heavily fortified Israeli embassy compound in Jordan's capital, the kingdom's Public Security Directorate said.

Before the shooting, Jordanians had entered the apartment building for carpentry work, the statement said.

It did not say what triggered the shooting.

Three people were initially wounded in the incident, the security agency said. Two Jordanians later died, according to the agency and the news site Hala Akhbar, linked to the Jordanian military.

One of the Jordanians killed was a physician at the scene, the security agency said.

The Israeli was in "unstable" condition, the new site said.

The incident comes at a time of mounting tensions between Israel and the Muslim world over metal detectors Israel installed at a Jerusalem shrine revered by Muslims and Jews.

Jordan is the Muslim custodian of the site. On Friday, thousands of Jordanians staged an anti-Israeli protest in Amman.