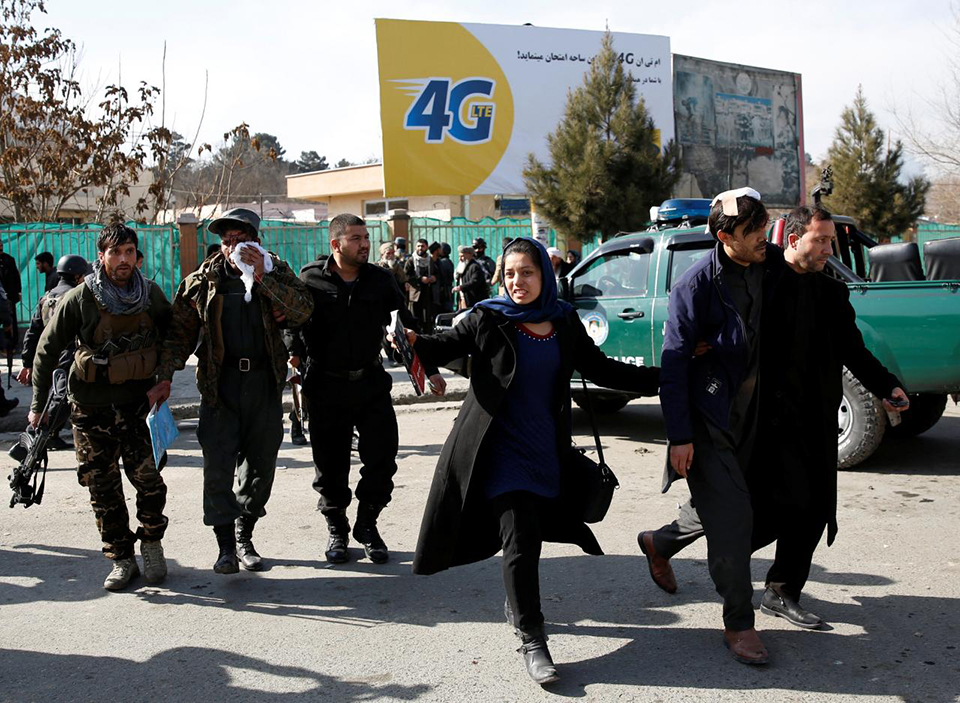 KABUL, Jan 27: A bomb hidden in an ambulance killed at least 40 people and wounded about 140 in Afghanistan on Saturday when it blew up in an area of the capital near foreign embassies and government buildings.

The Taliban claimed responsibility for the blast, a week after it claimed an attack on the Intercontinental Hotel in Kabul in which more than 20 people were killed.

“It is a massacre,” said Dejan Panic, coordinator in Afghanistan for the Italian aid group Emergency, which runs a nearby trauma hospital. In a message on Twitter, the group said more than 50 wounded had been brought in to that hospital alone.

Health ministry spokesman Wahid Majroh said at least 40 people were killed and 140 wounded in the blast, which tore through a crowded street in a busy part of the city at lunchtime.

Saturday is a working day in Afghanistan.

Mirwais Yasini, a member of parliament who was nearby when the explosion occurred, said the ambulance approached the checkpoint, close to an office of the High Peace Council and several foreign embassies, and blew up.

Buildings hundreds of meters away were shaken by the force of the explosion, which left torn bodies strewn on the street nearby amid rubble and debris.

People helped walking-wounded away as ambulances with sirens wailing inched their way through the traffic-clogged streets of the city center.

The latest attack will add pressure on President Ashraf Ghani and his U.S. allies, who have expressed growing confidence that a new more aggressive military strategy has succeeded in driving Taliban insurgents back from major provincial centers.

The United States has stepped up its assistance to Afghan security forces and increased its air strikes against the Taliban and other militant groups, aiming to break a stalemate and force the insurgents to the negotiating table.

However, the Taliban have dismissed suggestions that they have been weakened by the new strategy and the latest attacks have demonstrated that their capacity to mount deadly, high- profile attacks remains undiminished.

BAGHDAD, May 24: At least four people were killed and 15 wounded in a suicide attack in Iraq’s capital Baghdad on... Read More...

KABUL, Jan 28: A suicide bomber drove an ambulance into a commercial area by pretending to be carrying a patient to... Read More...