Plugged in, tuned out 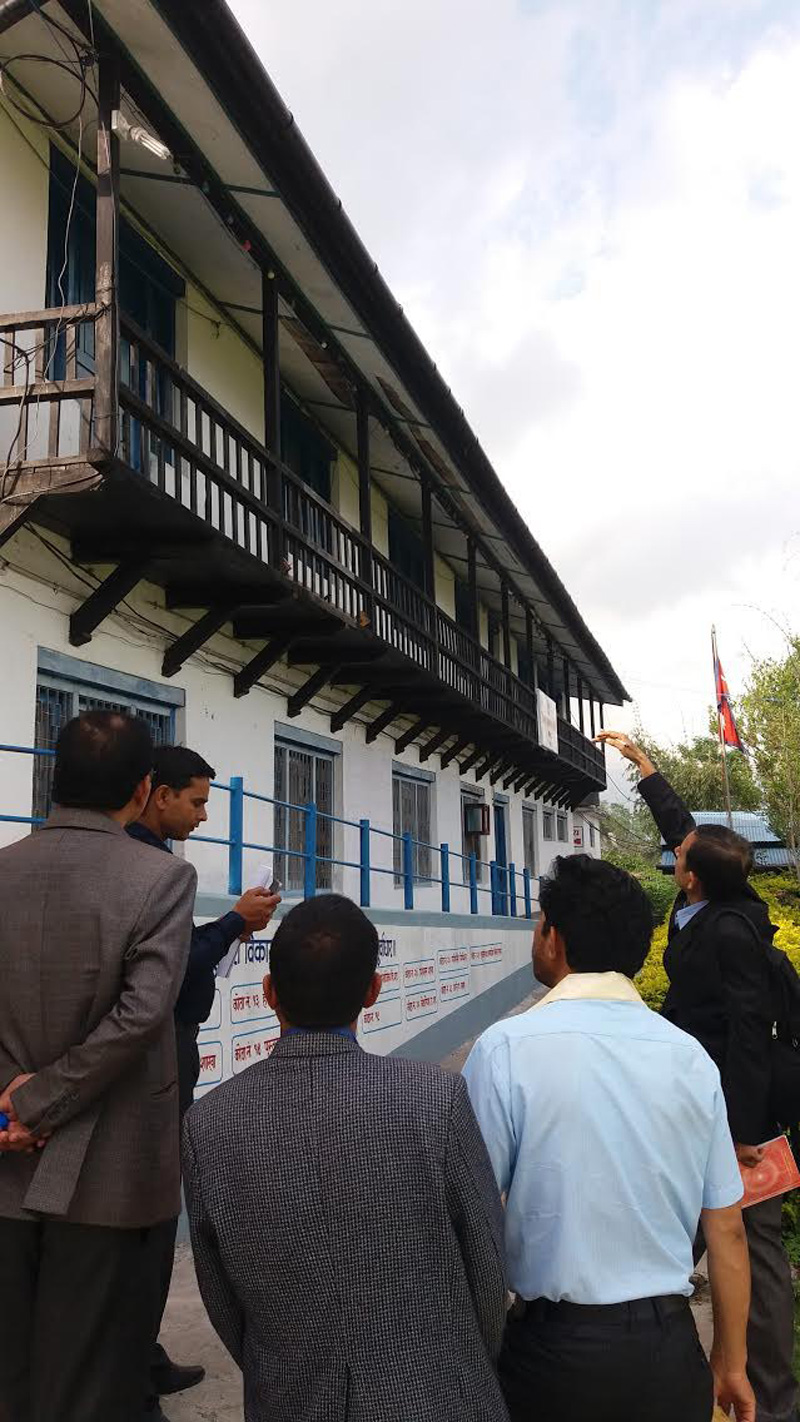 Technology is reconfiguring our way of life, unleashing a cultural revolution that even our most revolutionary politicians couldn’t achieve
I’m not proud to have skipped my last column but could not help it because my laptop broke and I decided to take some time off in eastern Nepal. In a way I was happy that I was going to enjoy some degree of media abstention, although, of course, I was glued to my mobile phone throughout the trip.

Certainly, I was a slug when it came to keeping constant tab on the deluge of news on elections, impeachment and other current affairs or social media posts, partly because the network on my mobile was not always reliable. However, I soon discovered there is no running away from technology. Technology has become pervasive in our everyday life even in the hinterlands.

The trip offered me plenty of “media moments” that were mundane, funny, scary, annoying, horrible and even bizarre. I could not stop recalling Peter Huang’s “Five Films About Technology”, the much talked-about short film (4.37 minutes) depicting a series of wry, mediated vignettes. Some human habits are universal but what sets them apart is the cultural significance we attach to them.

In my first episode, a group of men in a mountain town discuss what to call the enclosed platform outside the building on the upper floor. And someone is recording the conversation on his mobile phone.

“What new words have you collected?”
“How come new? These are old ones, the forgotten words. Our children do not understand these words. I gotta show these to them.”
“Can you share them with me, I am recording.”
“How would I know; I am only trying to collect them from these gentlemen.”
Someone in the group helps: “The protruding, long part is called bardali; I’m told it is also called kausi although kausi is usually smaller and a confined area just before the door, more like a balcony.”
“And what do you call those scaffoldings that hold the structure?”
“They are called taykaan, or teko.”
“And what about baha?”
“Baha is something on the top, used for hanging something like a sheaf of corn.”

Trying to play the record, “dhut!” says this person with the mobile. He must have double clicked the voice recorder—the clip is barely a second long, he chuckles. Later, he was trying to reenact the scene with another group of men. When you have the device, you cannot not record.

In another moment, a young relative tells you that an hour ago there was a vehicular accident. He is upbeat that he was able to post the picture of the blood-stained elderly person who died of the injury.

“There are already 74 likes”, he is animated while showing his timeline on Facebook.
It can get worse. There are instances when such photos, taken without regards to privacy of the victims or their families, are tagged to others. Photos of your baby taking a pee. Photos uploaded sideways or badly cropped head-only images. Worse, some browse the phone or check it constantly while at dinner, never mind the often gory pictures.

Facebook chats can be annoying. One evening, I endured the endless “dings” of incoming chats, interspersed by the occasional self-absorbed chuckles of a chatterer, for over an hour. I was vainly hoping that this person, lying on sofa next to me, would enter into a real conversation with me. He seemed prolific, but I doubt his transliterated textspeak with torrents of emojis, were anything more than garbles. Never mind if the other side cannot decipher; the common refrain is “milayera afain boojhnus na” (‘adapt and figure out on your own’).

Most mobile phone or video calls are about nothing more than phatic communication or comments on the technology itself and its users: what are you doing right now? I can see only half your face.

You look dark, is that the shadow? You are looking away, focus near the camera, on the top of your mobile. Did you drink tea? Did you take your meal? It must be very hot there!

A group video chat one evening ended with this warning: Don’t forget to shut down your Messenger.

Remember what happened the other day? As soon as they disconnected (so they thought), a couple had immediately begun hugging and kissing unaware their phone was still on and the rest of the participants were in an awkward situation, forced to be privy to their sexual moans and intimate conversation.

Missed calls are invariably those with pre-agreed message. However, some fail in their etiquette. A man standing in a queue for over four hours outside a hospital received three missed calls in a row.

“I was standing there in lieu of this person’s sick child”, he sounded disheartened, “and he expected me to call him back with updates”.

Social events, children’s banters and skit videos are among the most popular in social media. I was lucky to see a young girl dancing before a mobile camera. She had some friends make her hair flutter with the help of fans made out of coconut fronds. She poses, moves her body around, glides, and smiles. That take is discarded for someone else’s elbow was protruding on the screen. It is a laborious task indeed; she has to repeat the act several times before everyone is satisfied.

Even for hungry youngsters, food is something to be photographed first and only then eaten. Some like to try quantum pictures, focusing on the minutiae, such as the details on a wall, a leaf, or their own skin. I saw a number of duckface sessions among teenage girls. One middle-aged housewife commented that young people and even women suffer from “outfit anxiety” making them change their clothes “moment to moment” so that they do not look monotonous in their photos. Media tropes have to be presented in a certain way. For instance, airport selfies are hugely popular, but how often do we hear about bus park selfies?

Talking out loud to yourself is culturally an abnormality but mediated gaming moments legitimize such behavior. You hear the player chuckling, and even breaking out in fits of rage once in a while.

One effect of the popularity of mobile card games, a housewife told me, has been that she has lost a means to make some extra money. She no longer has friends to play paper cards the old-fashioned way.

Finally, music is emerging as perhaps number one cause for hearing impairment and to a lesser degree for accidents, particularly among the youth. Mothers sound utterly helpless: “I keep shouting that his food is getting cold, but he doesn’t hear as he thrusts his earplugs deep”. A father locked out of his house for several hours couldn’t think of a way other than to hit a wooden plank hard against the wall so his children, fully plugged in, could hear and let him in. Out on the road, as they fail to hear honking vehicles, they are more likely to be knocked down or run over.

Technology is reconfiguring our way of life, unleashing a cultural revolution that even our most revolutionary politicians couldn’t achieve. No wonder that, for many, the standard salutation on meeting someone is “What is your WIFI password?” rather than “How do you do?” Even waiters in restaurants are well-versed that it is with water and password that you must welcome your guests.

These are some random examples but they together speak volumes about the way we interact with technology today: plugged in but tuned out. We are so mesmerized with the device that we haven’t even started reflecting seriously on its varied implications to our way of life. In this, I see a theme for an article some other time.