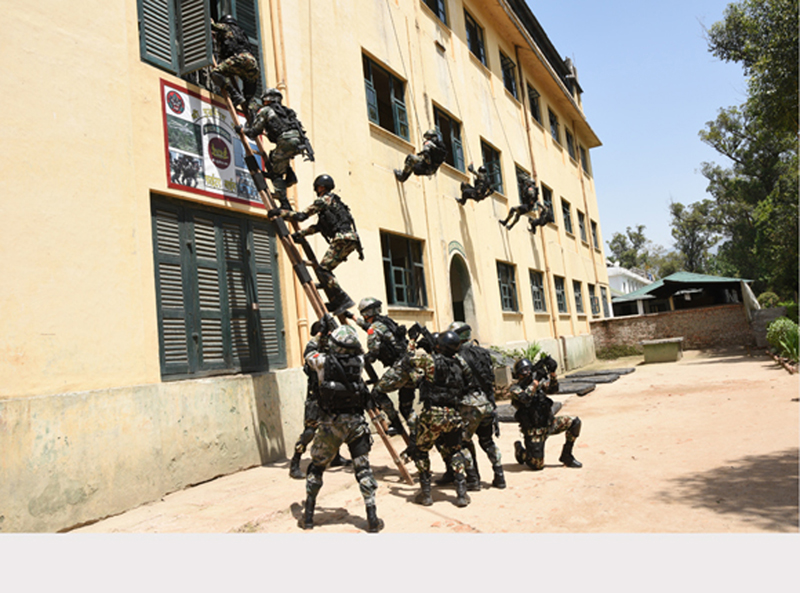 The foreign policy of independent India is no different to that of East India Company it has come to despite so much of late.

India is in the process of rewriting its own history, the new writing purged of the biases of ‘paternal orientalism’ that supposedly characterized the earlier works of British historians of India like John Keay and Charles Allen. Shashi Tharoor’s most recent book, An Era of Darkness, for instance, is a scathing criticism of the British rule of India. He methodically shoots down every argument that the empire was in any way beneficial for India.  A case in point: When the British East India Company was established in 1600, India accounted for 23 percent of the global GDP; when the ‘rapacious’ British finally left India in 1947, India’s share of global GDP had shrunk to under five percent.

Yet, interestingly, while India has been trying so very hard to get rid of the historical burden of the British Raj, the foreign policy of independent India is not much different to what the Brits practiced through East India Company. This is particularly true when it comes to dealing with countries in the region that were considered by the company as coming under its ‘sphere of influence’. Since Sikkim and Bhutan, two of the three countries at the core of this supposed sphere, are now firmly in the Indian camp, the recent Indian focus has been on securing India’s stranglehold in Nepal.

To be fair to the Indians, although geography isn’t quite destiny, it has always been the most decisive factor in the conduct of international relations. Have a close look at the geopolitical map of Nepal and the first thing you notice is that the country is bound by easily-accessible flatlands of India on three sides. In fact, in the map, the whole of the country appears submerged in the bigger Indian landmass. You see that only on its northern side is Nepal flanked by China’s Tibet Autonomous Region, the two countries separated by the enormous, almost impregnable Himalayan peaks. India was thus always going to have a decisive say in Nepal.

China knows this. This is why it has repeatedly told Nepali leaders that China is ready for closer relations with Nepal, but there is also no option for Nepal but to be in best of terms with India. China understands that it is futile to try to match India’s outsized but natural influence in Nepal. But what China wants to be able to do in Nepal, as in the rest of South Asia, is to thwart what it sees as growing American attempts (post Obama pivot) to encircle it in South Asia with the help of America’s democratic ally in India. China wants to retain enough sway over Nepal to ensure that the Americans don’t use India (and, by extension, Nepal) to make mischief on its Tibetan border.

That the US rather than India is the main Chinese concern in Nepal is evident in the recent pronouncements of Chinese scholars. I have personally asked many Chinese academics—who have in recent times made a beeline to Kathmandu to push President Xi Jinping’s signature One Belt One Road (OBOR) initiative—if they are concerned about India’s coercive and rather exclusionary diplomacy in Nepal. The reply, always circuitous, is along the lines of: “The Indians are far too clever to follow American diktat”. In other words, we are concerned about growing Indian influence in Nepal only to the extent it allows the US, the sole superpower China is competing against, to push its agenda in Nepal.

But, again, following its resounding victory in the 1962 border war against India, China has never been insecure about India, a country the Chinese think of as rather inferior to them, both militarily and economically, and perhaps even culturally.

Since China is not directly competing for influence with India, it is comfortable with Nepal’s trilateral Nepal-India-China cooperation proposal, particularly the idea of linking the three countries with roads and rails. Such cooperation, it thinks, can help keep the meddling Americans out of Nepal. But for India any proposal emanating from Beijing is suspicious. In India’s reckoning, it is engaged in a zero sum game: only one of India or China can win the old geopolitical game in Nepal.

This is why there was a lot of hand-wringing in the South Block when Nepal announced its inaugural joint military exercises with China. The plan was that around 100 army personnel each from Nepal and China would together conduct anti-terrorism and disaster-preparedness drills. In the event, Nepal had to significantly water down the drills, downgrading it from ‘joint military exercise’ to ‘joint military training’ with the involvement of 25 soldiers apiece from Nepal and China. Prime Minister Pushpa Kamal Dahal and the Nepal Army top brass were under relentless Indian pressure to keep the whole thing as low-key as possible.

The Indians clearly feel that greater Nepal-China military engagements will undercut its influence in Kathmandu. But for Nepal, these military drills (or whatever you choose to call them) with China are important. It is an unmistakable signal to the rest of the world that Nepal does not consider itself as falling under the sphere of influence of any country, and that it has complete freedom to conduct its foreign policy.

Nepal’s efforts to improve its relations with China were paradoxically boosted following the 2015-16 border blockade, when New Delhi had tried to hijack the Madhesi movement to remind Kathmandu that it better not get too close to Beijing—or else.
In the same vein, India does not want Nepal to sign up to OBOR initiative as it feels some components of OBOR impinge on Indian interests. But joining the OBOR is in Nepal’s interest; it is a potent means to ensure that Nepal will never again be blackmailed through coercive tactics like blockades.

The Nepali leaders I speak to, from across the political spectrum, all know that Nepal is not in a position to antagonize India. But they are absolutely right that as a landlocked country, Nepal must learn to hedge its bets, and try to maintain a semblance of balance between the influence of India and China, even if the scale will always tilt towards India.
The best way India can respond to recent Chinese push into Nepal is by learning to treat its small neighbor with more respect; by according Nepal the dignity it deserves as a fully sovereign and independent country. The largest democracy in the world and the producer of some of the most potent symbols of soft power—Bollywood, IPL, an indomitable free press, to name just a few—India has a lot going for it. Other smaller democracies in the region naturally look up to and try to emulate India. If only India was more comfortable in its own skin.