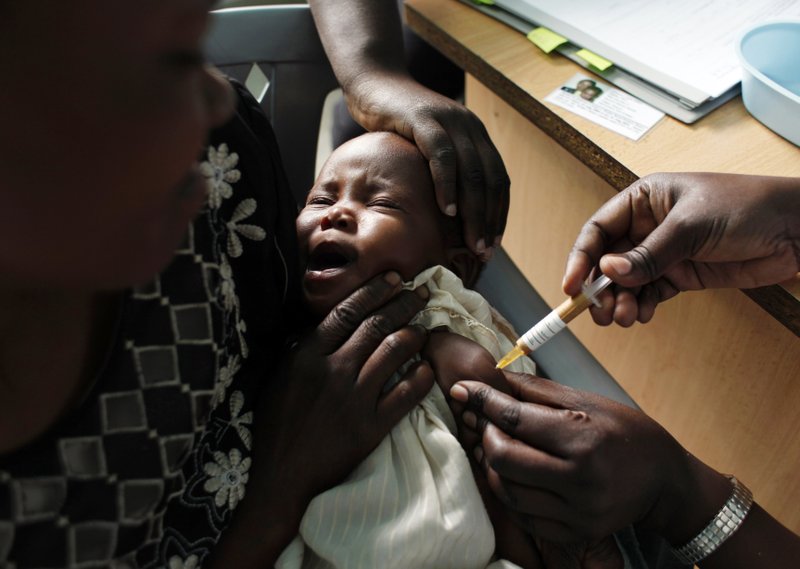 JOHANNESBURG, April 24: Three African countries have been chosen to test the world's first malaria vaccine, the World Health Organization announced Monday. Ghana, Kenya and Malawi will begin piloting the injectable vaccine next year with hundreds of thousands of young children, who have been at highest risk of death.

The vaccine, which has partial effectiveness, has the potential to save tens of thousands of lives if used with existing measures, the WHO regional director for Africa, Dr. Matshidiso Moeti, said in a statement. The challenge is whether impoverished countries can deliver the required four doses of the vaccine for each child.

Malaria remains one of the world's most stubborn health challenges, infecting more than 200 million people every year and killing about half a million, most of them children in Africa. Bed netting and insecticides are the chief protection.

Sub-Saharan Africa is hardest hit by the disease, with about 90 percent of the world's cases in 2015. Malaria spreads when a mosquito bites someone already infected, sucks up blood and parasites, and then bites another person.

A global effort to counter malaria has led to a 62 percent cut in deaths between 2000 and 2015, WHO said. But the U.N. agency has said in the past that such estimates are based mostly on modeling and that data is so bad for 31 countries in Africa — including those believed to have the worst outbreaks — that it couldn't tell if cases have been rising or falling in the last 15 years.

The vaccine will be tested on children five to 17 months old to see whether its protective effects shown so far in clinical trials can hold up under real-life conditions. At least 120,000 children in each of the three countries will receive the vaccine, which has taken decades of work and hundreds of millions of dollars to develop.

WHO is hoping to wipe out malaria by 2040 despite increasing resistance problems to both drugs and insecticides used to kill mosquitoes.

"The slow progress in this field is astonishing, given that malaria has been around for millennia and has been a major force for human evolutionary selection, shaping the genetic profiles of African populations," Kathryn Maitland, professor of tropical pediatric infectious diseases at Imperial College London, wrote in The New England Journal of Medicine in December. "Contrast this pace of change with our progress in the treatment of HIV, a disease a little more than three decades old."

The malaria vaccine has been developed by pharmaceutical company GlaxoSmithKline, and the $49 million for the first phase of the pilot is being funded by the global vaccine alliance GAVI, UNITAID and Global Fund to Fight AIDS, Tuberculosis and Malaria.

Chandimal has pneumonia, will miss 1st test against India

COLOMBO, July 22: Sri Lanka captain Dinesh Chandimal has been hospitalized with pneumonia and will not be available for his... Read More...