Musahar community at mercy of kala-azar 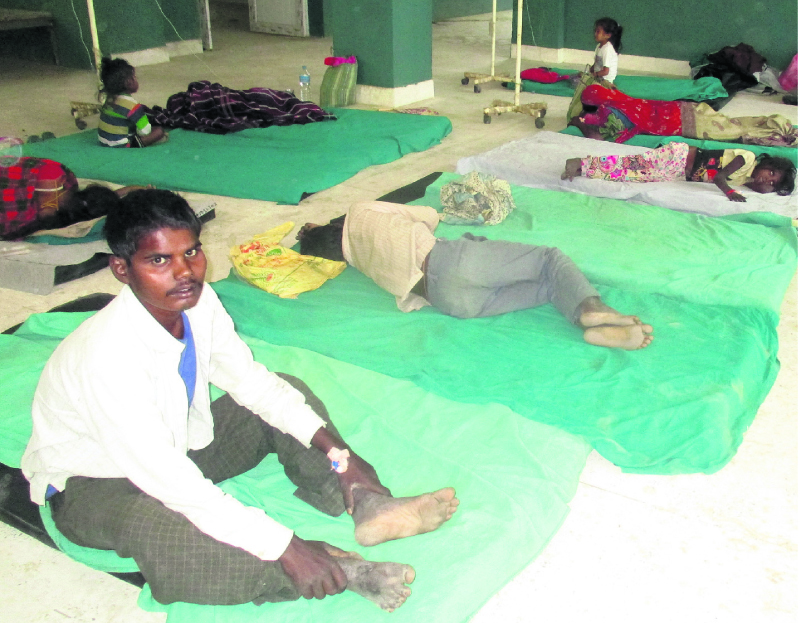 SARLAHI, April 11: Rightkhor tole in Ishwarpur Municipality, Sarlahi district was once a lively place even amid the struggles faced by its residents. At present, this settlement of the underprivileged Musahar community has lost its jest and the atmosphere is palpably mute.

Things had changed for the worse after an outbreak of kala-azar (leishmaniasis), a disease transmitted to humans by the bite of the sand fly. The whole community has been gradually affected. The backward families, with no means of treatment available, are forced to look on helplessly as their loved ones succumb to the disease

On April 3, 45-year-old Nathuni Majhi died after being infected. Less than nine days later, 50-year-old Ramdulari Majhi, an aunt, also lost her life to the same disease. The family had lost another member even before the first death could be properly mourned. This story just scratches the surface of the general plight.

A medical team dispatched to bring the disease under control informed that they found 18 cases of  infection in eight families. The cases have been sent to Sarlahi District Hospital at Malangawa Municipality for immediate treatment. It was during treatment there that Ramdulari died, informed the hospital. Ramdulari had lost a 25-year-old daughter  to the same disease about two months ago.
So far, seven individuals in the community have  died because of the disease. Another 13  are still undergoing treatment at Malangawa.

“The habit of sleeping in the open fields and  courtyards has contributed to the outbreak of kala-azar,” said Dr Pravash Kumar Sah of the hospital. “Lack of awareness among the Musahars  is preventing them from seeking timely treatment, and they mostly visit traditional healers when they fall sick,” he added.

Infected female  sand flies (phlebotomine) are  the vector of the disease. They feed on humans for blood, which they need for developing their eggs.

If the blood contains the parasite, the next person  bitten will be infected. Symptoms of kala-azar include sore skin, prolonged fever and weakness.