18 killed, 20 missing and 11 injured due to floods, landslides in Sindhupalchowk in past three weeks

Bahrabise Municipality and Bhotekoshi, Jugal, Panchpokharai and Helambu Rural Municipalities are among the areas worst affected by the landslides, floods

SINDHUPALCHOWK, Aug 4: Ten people were killed in two separate incidents of landslides triggered by incessant rainfall in Sindhupalchowk on Monday.

Eight laborers were killed when the landslide debris buried a house at Melamchi Bazaar in Melamchi-11 at around 3 am. The incident occurred when all the nine laborers were in a deep sleep.

Search teams of Nepal Army, Armed Police Force and Nepal Police recovered eight dead bodies from the landslide site. One of the injured persons is undergoing treatment at Melamchi Health Center. The injured person has been identified as Baru Shah, an Indian national. One of the dead is an Indian national and seven others are from Birgunj. They were involved in the construction of a covered hall.

In a separate incident of landslide, a couple was killed in the landslide that occurred in Panchpokhari Thangpal Rural Municipality-2 on Sunday night.

With ten deaths on Monday, a total of 18 people have died in six different incidents of landslides and floods in Sindhupalchowk alone. As many as 20 locals are still missing while 18 sustained injuries in those incidents.

Two others killed on July 9

Two people were killed when 16 houses were swept away by floods triggered by incessant rainfall in two settlements--- in Jambu of Bahrabise Municipality and Bulkute in Bhotekoshi Rural Municipality-- along the Araniko Highway in Sindhupalchowk district on July 9. Four others were injured and 20 others went missing who are yet to be found.

Bhotekoshi Rural Municipality and Bahrabise Municipality have been frequently hit by the incidents of landslides and floods. Although only three incidents of human casualty are reported, dozens of similar incidents have occurred in these villages during this monsoon season alone.

Three people were injured when a landslide swept away six houses at Larcha of Bhotekoshi on July 10. In a separate landslide incident on July 19 at Bhotekoshi-4, Phulping, five of a family were buried to death. It took almost two weeks to recover all of the dead bodies.

Bahrabise Municipality and Bhotekoshi, Jugal, Panchpokharai and Helambu Rural Municipalities are among the areas hit hard by rain-triggered disasters this year, according to CDO Dhakal. 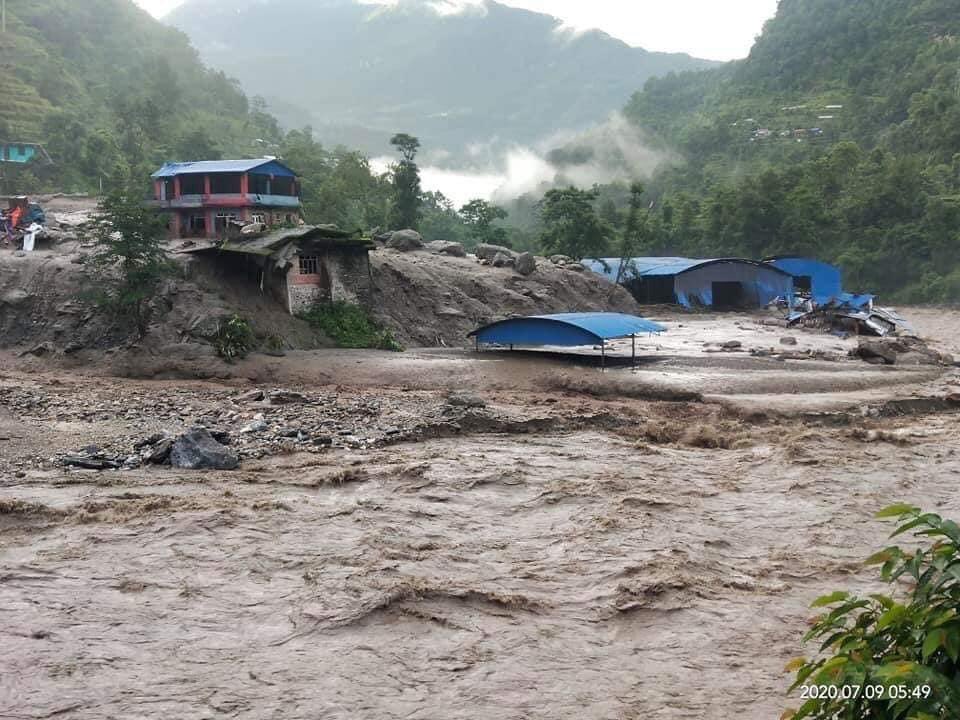 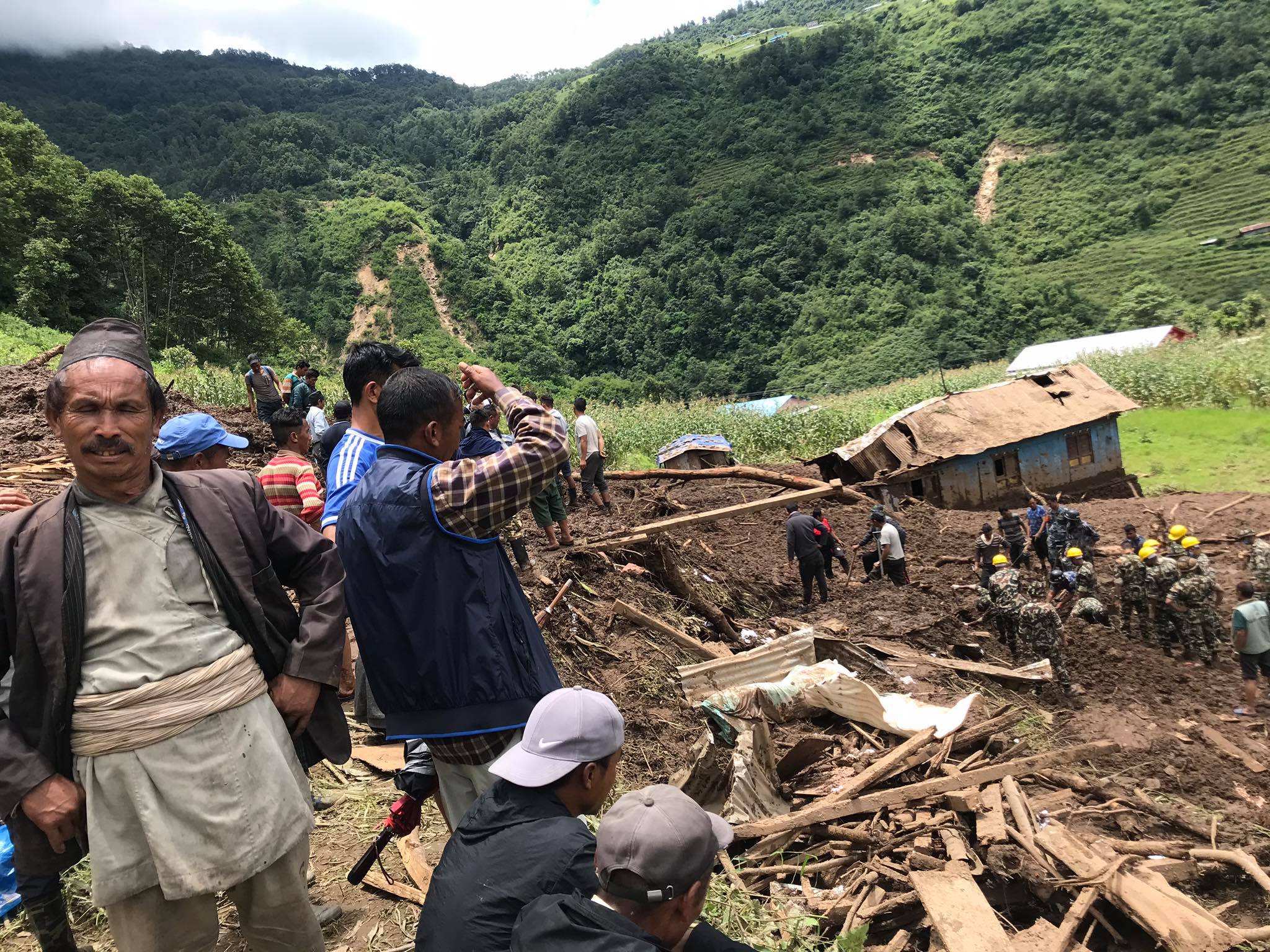 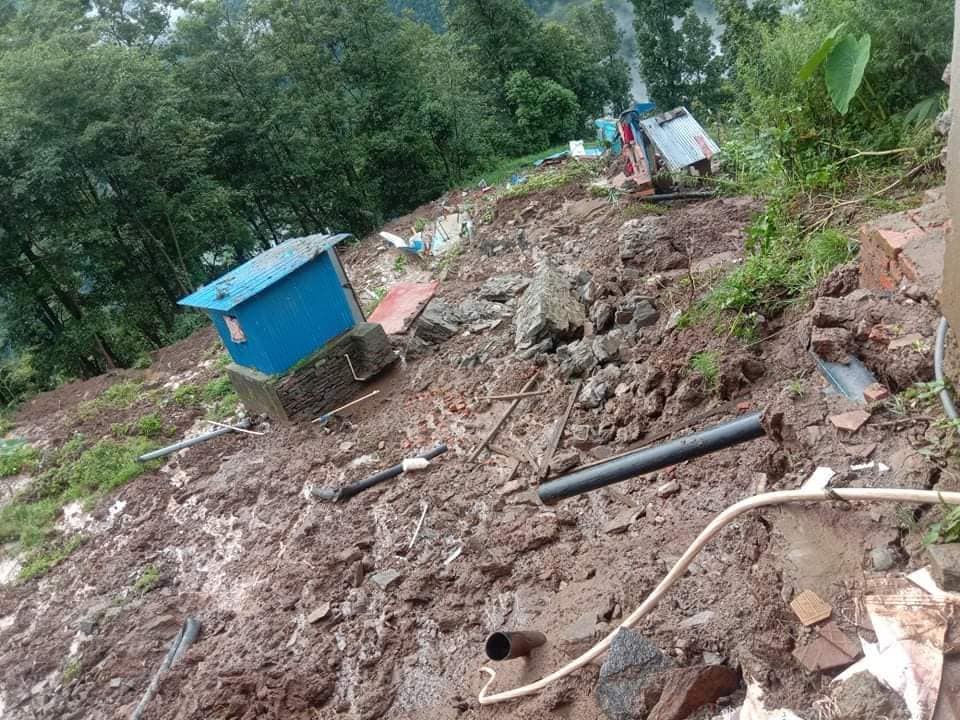 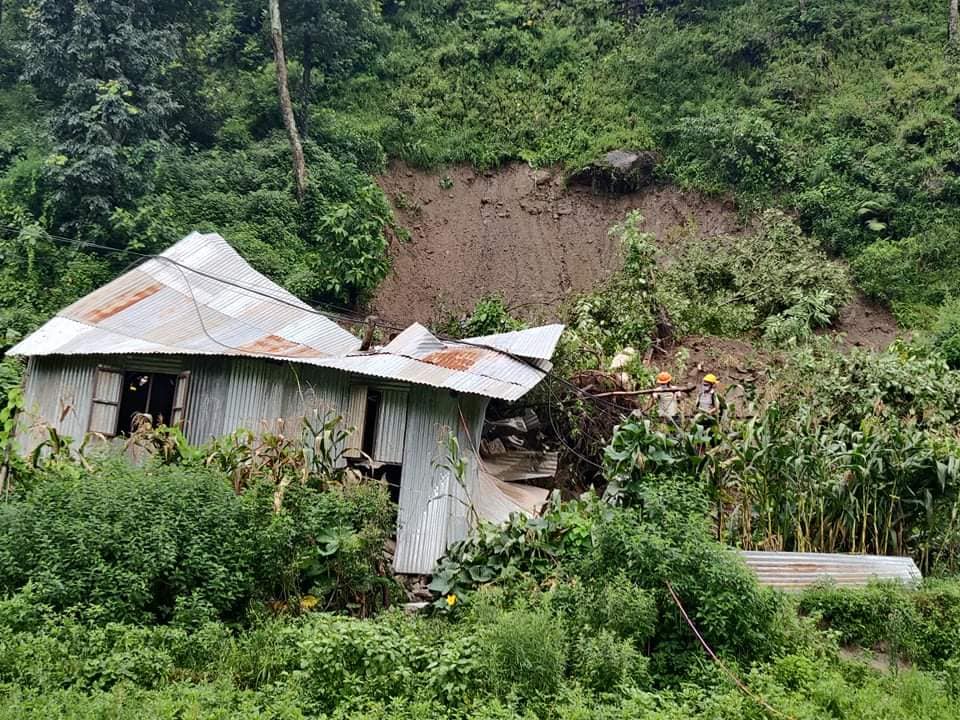 PARBAT, July 30: As many as 25 households of Jaljala rural municipality-7, Dhairing have been displaced due to landslide. With... Read More...

SINDHUPALCHOWK, July 16: Five women of a family were buried in a landslide at Phulpinkatti, Bhotekoshi Rural Municipality-4, on Thursday... Read More...

Minister Khadka holds talks with his Turkish counterpart
3 hours ago