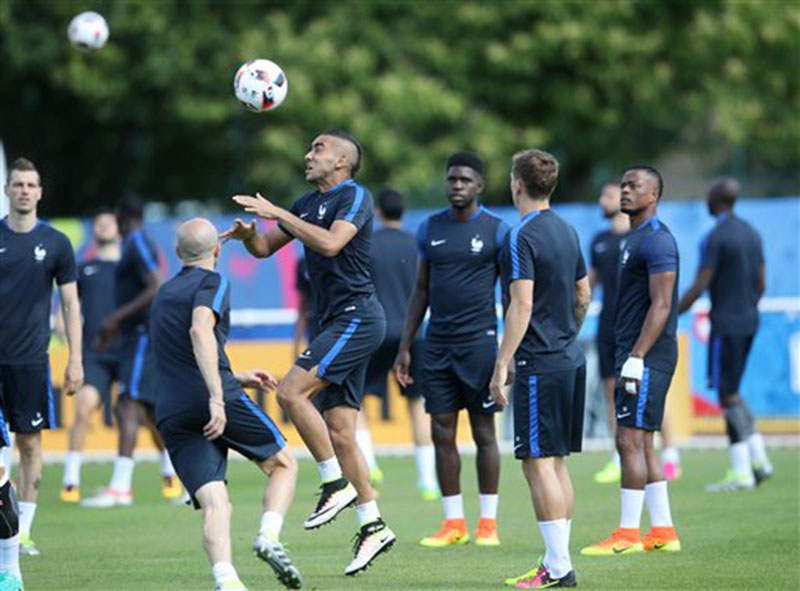 SAINT-DENIS, July 10 : France puts its formidable record in finals on the line when the European Championship hosts try to deny Cristiano Ronaldo's Portugal a first major football title on Sunday.

Now a nation still scarred by last year's terror attacks will seek sporting salvation from its football heroes and a chance to party again in the streets of Paris, where security has been intense during the tournament.

"They are, in my opinion, favorites because they are playing at home and that's a big advantage," Ronaldo said. "The whole country is going to support them, but ... we're going to be difficult to beat."

The Portuguese, however, are perennial also-rans on the big occasion, reaching only one final in their history 12 years ago and losing at home to unfancied Greece. Determined to foil French celebrations, Portugal defender Pepe hopes Sunday's Euro 2016 final will replicate Euro 2004 in Portugal's favor this time, with the hosts upset again by the outsiders.

The final at the Stade de France will be Portugal's 35th European Championship game, the most any team has played in the tournament without ever lifting the cup.

Three reasons why Croatia or France deserve to win the Final

The 2018 FIFA World Cup Russia Final is just around the corner, as 1998 winners France prepare to face first-time... Read More...

PARIS, July 9: Cristiano Ronaldo and Ricardo Carvalho have waited a dozen years to reach another final with Portugal. Some... Read More...