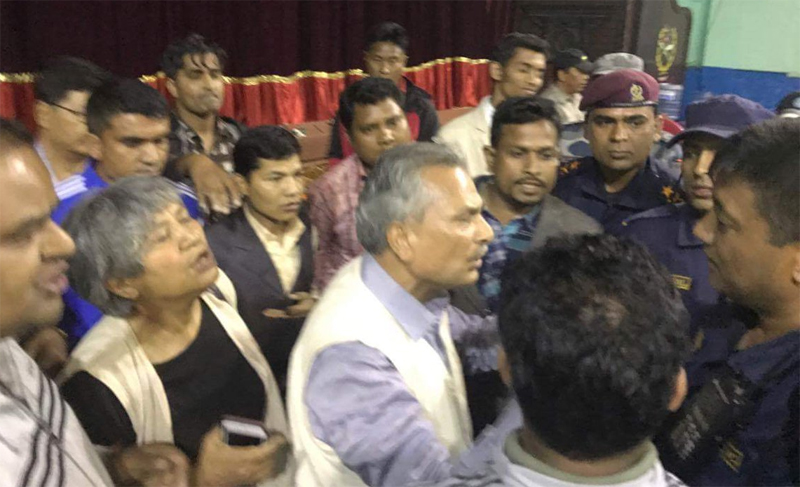 According to the aid to Dr. Bhattarai, Bishwodeep Pandey, the police tried to release the cadres of the party including Dr. Bhattarai as they were staging sit-in protest inside the hall of the Club.

Party leader Hisila Yami told the Republica online that the police used extra force to make them leave from the place that led to the scuffle.

Earlier, coordinator Dr. Bhattarai was held from outside the Election Commission (EC) on Sunday as he was participating in the sit-in staged by five political parties including Naya Shakti Party at the EC to protest the discriminatory provision of Local Level Election Act (LLEA), 2017.

According to the police, there was light argument between two sides as the police urged the leader to leave the Club.

It is learned that the party is holding a press meet to inform about the incident on late Sunday evening.