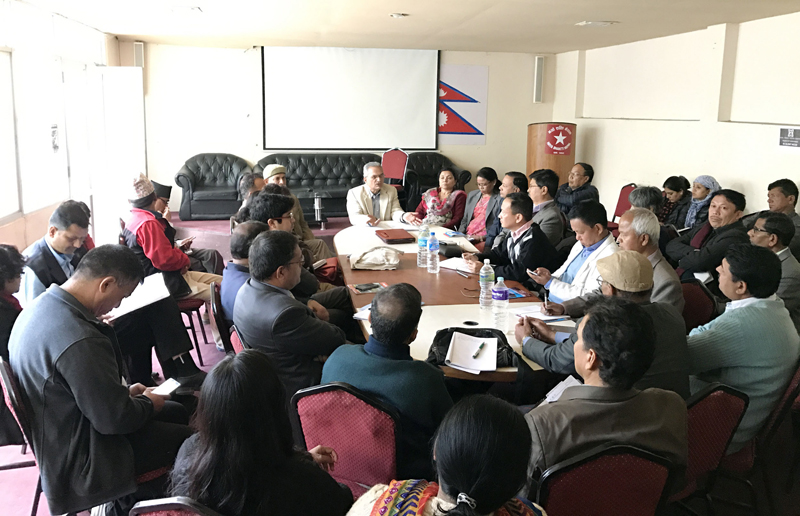 KATHMANDU, Feb 22: Naya Shakti Party Nepal, which is led by former Prime Minister Baburam Bhattarai, has demanded that an all-party government should be formed to hold elections.

A meeting of the party’s political committee also set other conditions to “create environment” for elections.

The party’s decision has come two days after the government announced to hold local elections on May 14.

Other demands raised by the party include amendment of constitution to address agitating political parties and resolution of disputes on provincial demarcation.

“All the three sets of federal, provincial and local elections should be held simultaneously for the economy of election expenses,” read a statement issued by the party’s central coordinator Baburam Bhattarai.

An all-party meeting convened by prime minister on Tuesday, which was attended by all the political parties except for agitating Madhes-based forces, however vowed to make the elections successful.

Govt. creating environment to hold elections with participation of all: DPM Thapa

Bhusal to announce candidacy for UML's General Secretary
7 hours ago