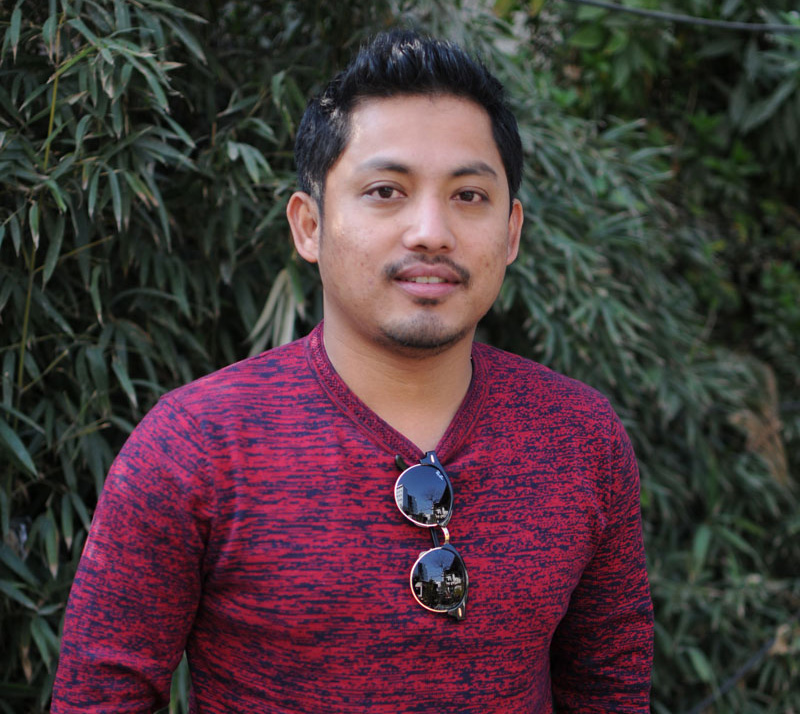 Hemant Rana, the vocalist of latest trending song ‘Saili’, is a music artist who started off his career back in 2004 through his first album ‘Paap Punya’. He got into limelight when his song ‘Laija Re’ topped all the music charts of the industry. Rana likes to correlate his songs with the social issues of the day. He also released his fourth album – Saili along with the launch of GH Entertainment on Saturday.
In a tête-à-tête with Republica’s Prasuma Rawal he shares five things about him that many may not know.

A reserved person
He regards himself as a complete loner. When he was in Alabama, USA he stayed inside his apartment for 11 days without going out. He only used to come out for concerts or some urgent work but didn’t like hanging out with friends. He prefers engaging himself in musical projects, singing and playing guitar. It isn’t that he entirely loathes being around people but then at times he savors his own company. He feels that he needs some personal space.

Despises surprises
He’s one of those few people who aren’t that keen on surprises or likes giving or taking gifts from someone. He also doesn’t like surprises and would rather have everything planned. He adds that he does not value materialistic things. Rana does not remember the last time he actually offered a wrapped gift to somebody. He says that he’s bad at choosing presents and finds such etiquette events strange. However, he does wonder why he tends to dislike this.

Sports enthusiast
Once a Wushu player, Hemant Rana is more passionate about sports than music. He follows football and gymnastics. He is a die-hard fan of Lionel Messi and a supporter of Spanish football club Barcelona. When he visited Spain, he could not visit the city of Barcelona and aspires to visit Nou Camp- Barcelona’s home stadium- some day. He has played in Wushu’s national tournaments and is also a martial art player.

Not a moviegoer
Fans can stop dreaming about meeting Hemant at a cinema complex. He finds going to a movie hall really boring and no matter how amazing the story is, he often finds himself falling asleep at the movie hall. Instead, he enjoys staying at his own cozy space and watching movies alone. Even if his friends force him to come along, he stays waiting outside or engages himself in other activities. He is too lazy to go to the hall and doesn’t like the environment.

Tight-knit group of friends
Because he is reclusive, Hemant only has handful of friends that he can really count on. He finds it easy to open up to only a few people who have been there with him for a long time. Most of his close friends are from within the music circle. He became acquainted with some of them as he was working on his musical projects, while the rest happen to be his childhood friends. He feels that it takes a lot of effort to initiate conversations.

A rare combination of demure and dauntless personality, Sahara Basnet witnessed a turning point in her life after winning the... Read More...