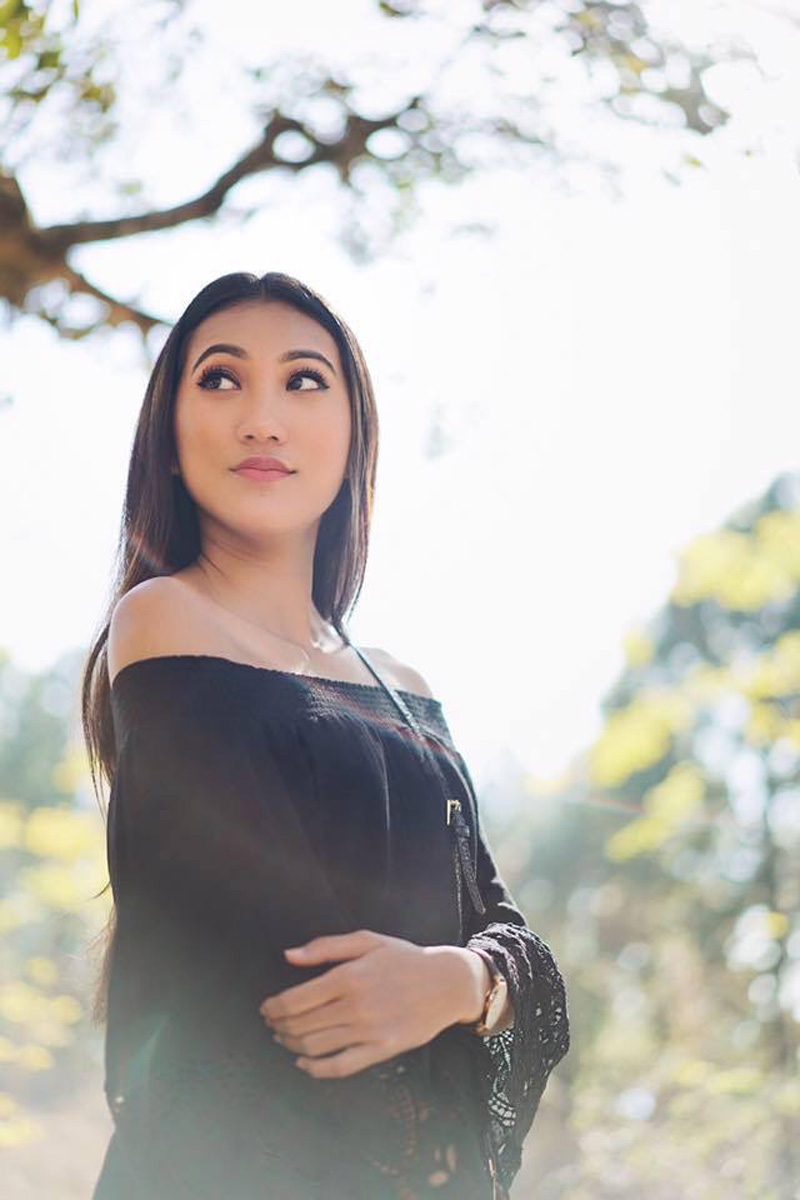 Paramita RL Rana is a model and actress. She started modeling at 17. Since then she has managed to be the cover girl of various Nepali magazines and strutted on all the top notch fashion shows of Nepal.  In 2014, she was selected for an international television advertisement in Sri Lanka for the cricket World Cup. In 2015, she represented Nepal in Asia model festival and walked for some famous national and international designers. She did her first debut in big screens from ‘Chapali Height 2’.
In conversation with Republica’s Sonam Lama, she shares her top five interesting things that people rarely know about.

Passionate about singing
Paramita was a teen diva during her school days. While in school, she used to perform in various inter–school competitions which inspired her to connect with the world of music, making her a singing enthusiast. She has done few cover songs and has recently released a new original single song ‘ROYAL’.

Keen on traveling alone
After a tiring day at work, she likes to spend some peaceful time relaxing and being on her own.  Since she is used to visiting places for fashion shows, she is fond of travelling to various destinations alone experiencing the new paths in life.

An opera and classic music lover
Being an all-time music lover, Paramita is mostly fond of Jazz, operas and classical music. She is enthralled by the classical melodies of 1960’s and 70’s and loves listening to the old recordings of her grandfather. She finds a strong bonding with the music which always helps to soothe her state of mind.

Prefers writing fiction and fantasy
Paramita likes to follow the works of Paulo Coelho and enjoyed reading the Harry Potter series. When it comes to writing, she likes to indulge herself in fictions and fantasies. With a keen interest for surreal imagination, she has written some works of fictions and plans to do script writing in the near future.

Hemant Rana, the vocalist of latest trending song ‘Saili’, is a music artist who started off his career back in... Read More...

Paramita RL Rana: Born to be a Star

The gorgeous, hard-working freelance model and actress Paramita RL Rana, known as Pam, had the dream of working in the... Read More...

Shan Basnyat is one of the pioneers in the field of scriptwriting. He did a diploma in Hotel Management from... Read More...