Baitadi PHC without doc for over 7 yrs 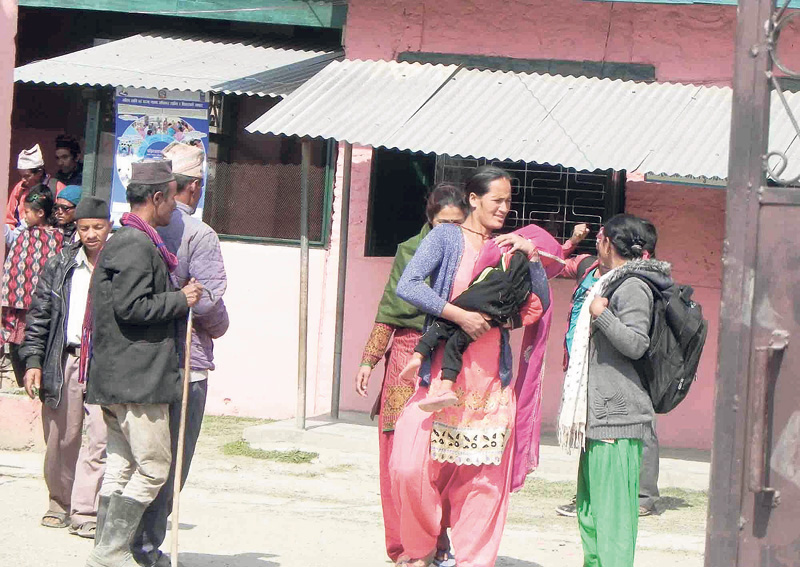 BAITADI, Feb 18: A primary health center (PHC) in Baitadi has seen no doctor for the last seven years. Even though every health post is supposed to have at least one doctor, health workers have been running the Kesharpur PHC in Melauli village in the southern part of the district for more than past seven years. Due to the lack of a doctor at the health center, locals have not been able to receive proper health services.

The only doctor the health post ever saw was Dr Jonas Tiwari seven years ago. However, he did not stay there for long and the health post again lacked a doctor after he left. Before and after Dr Tiwari's brief stay, the PHC has been operated by other staffs for the last 15 years.

Surat Parki of Melauli - 4 lamented that locals have been deprived of health services due to the lack of a doctor at the PHC. The villagers were elated when the PHC was established around two decades ago, thinking that they would now have easy access to health services. “But that did not come true. It's a PHC in name only. There are no doctors and no medicines,” Parki said. “Since we have no doctor here, we have no other choice than going to the district headquarters or Dadeldhura or even India for treatment. The sorry state has continued for the past one and a half decades,” he added.

Meanwhile, Dr Gunaraj Awasthi, Chief at the District Health Office, stated that health workers cannot do the work of doctors. Due to the lack of doctors, the services provided by the health center have been badly hit. “We don't have enough number of doctors. On top of that, the doctors we have don't want to go to remote areas. This is the problem,” he said.

BAITADI, Oct 8: Over a dozen of patients reach Melauli health post everyday for check up. At the health post, they... Read More...