High-tension line collapse leaves over a dozen injured in Bara 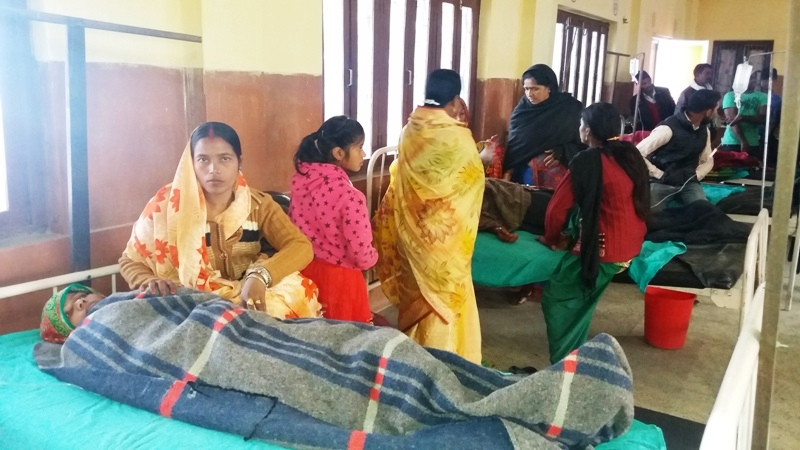 According to Electricity Distribution Center, Kalaiya, 15 people were injured when a transmission line carrying 11,000 volts snapped and fell over a 400-voltage distribution line in the village.

Many electrical goods worth over tens of thousands of rupees in many households were damaged due to the high-voltage current, said Binod Chaudhary, Chief of the Electricity Distribution in the Center.
According to the center, the high voltage current hit the whole village, destroying many electric goods including television sets, refrigerators, and water pumps, among other things, due to short circuit.
According to Shiva Shankar, a local,  the  transmission lines snapped due to NEA's negligence.

Nine among those injured are undergoing treatment at Kalaiya Hospital, said Bara police.

Over 3 dozen injured in Doti clash

DOTI, Jan 20: Venting their ire against the government's decision to announce temporary capitals of the provinces, people in different... Read More...

One killed, three others injured in house wall collapse

PARSA, Feb 18: A worker was killed when a wall of the house of a local resident caved in and... Read More...

BABIYACHOUR (Myagdi), July 30: An elderly person died and his wife was injured when a house collapsed at Shikh VDC... Read More...