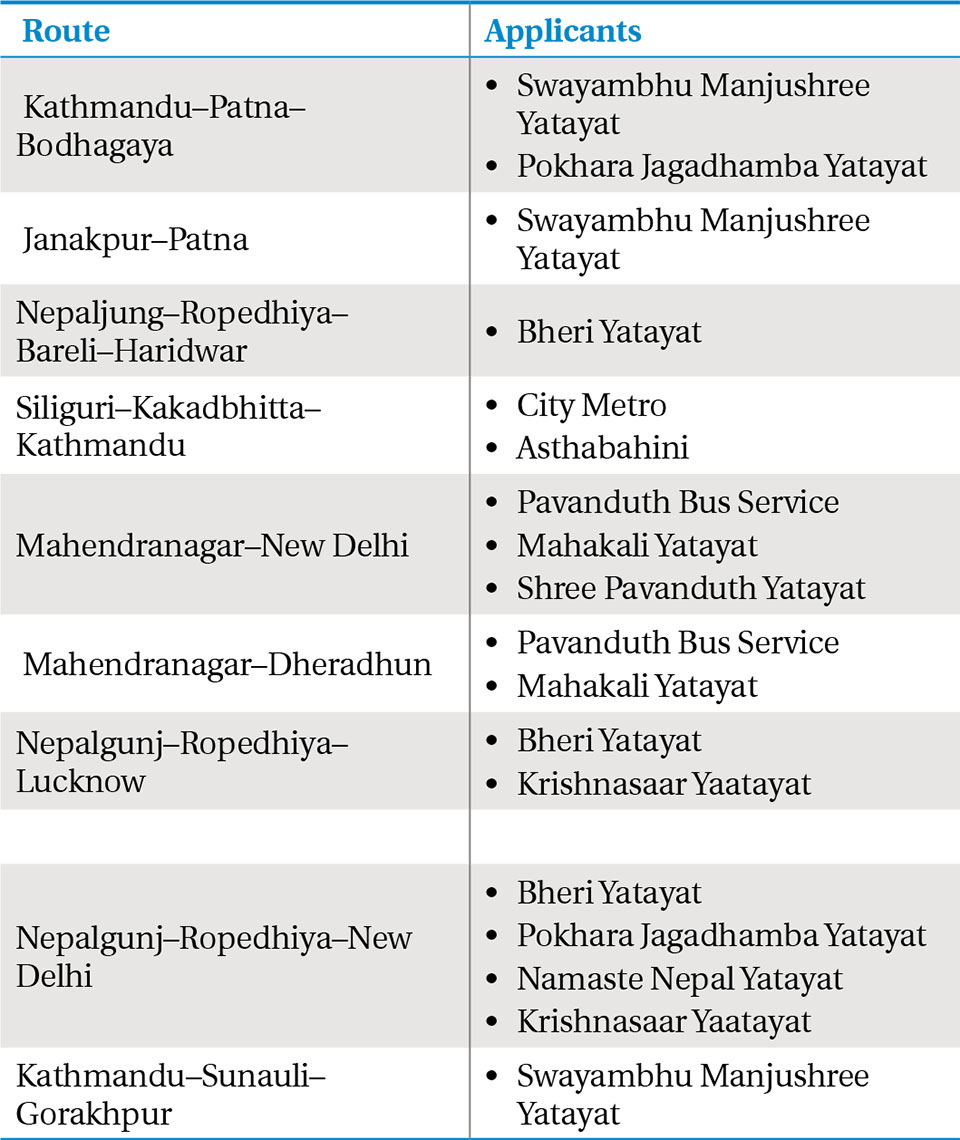 A bilateral mechanism between Nepal and India, which was entrusted the task of determining routes, has already selected 13 routes. Officials of Department of Transport Management (DoTM) said that the routes have been selected by considering potential economic integration between cities of Nepal and India. Operation of bus service on these routes is expected to increase economic activities for people living in both sides of the border.

DoTM officials say that 14 companies have showed interest to operate on 12 routes. The department, however, did not receive any bid for Janakpur-Ayodhya route.

Meanwhile, India has already selected bus operators for all 13 routes and forwarded the name of the companies to the Nepali authority.

Gokarna Prasad Upadhyay, the information officer of DoTM, said that they were in the final stage of selecting operators for 10 routes. "Similarly, we are studying proposals of companies interested to operate on two routes. We, however, didn't get any bid for one route," he added.

Bijaya Bhadhur Swar, senior vice-president of Federation of Nepalese National Transport Entrepreneurs (FNTTE), said that the cross-border bus service will be beneficial for people of both countries. He, however, is worried by the huge difference in operating cost between Indian and Nepali bus operators. "As cost of buses is much cheaper in India compared to Nepal, the government should provide us incentives as well as financial assistance to make the venture sustainable," Swar added.