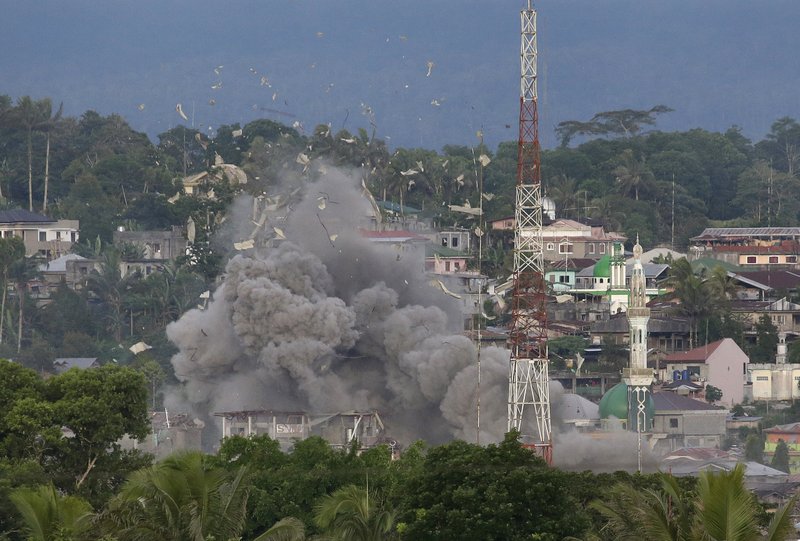 ILIGAN, Philippines, June 10: Thirteen Philippine marines were killed in fierce fighting with Muslim militants who have laid siege to southern Marawi city for nearly a month in the biggest single-day loss for government forces, the military said Saturday.

The marines were conducting a house-to-house search for militants allied with the Islamic State group who are still occupying parts of Marawi when the battle erupted Friday, said Lt. Col. Jo-ar Herrera, spokesman for the Philippine army’s 1st Infantry Division.

He said that about 30-40 militants used civilians as human shields, making it hard for troops to operate, and also positioned themselves in the city’s many mosques.

Forty other marines were wounded, he said.

The government had earlier said that the unrest had left 20 civilians, 134 militants and 39 government troops dead. Hundreds of thousands of people have fled the city, parts of which were reduced to rubble by fighting and government airstrikes in an attempt to dislodge the rebels.

“This temporary setback has not diminished our resolve a bit,” said military spokesman Col. Edgard Arevalo. “It instead primed up our determination to continue our prudent advances to neutralize the enemy, save the innocent lives trapped in the fight, and set the conditions for the rehabilitation and reconstruction of Marawi.”

Philippine President Rodrigo Duterte has declared martial law in the Mindanao region, the southern third of the Philippines and home to a decades-long Muslim separatist rebellion.