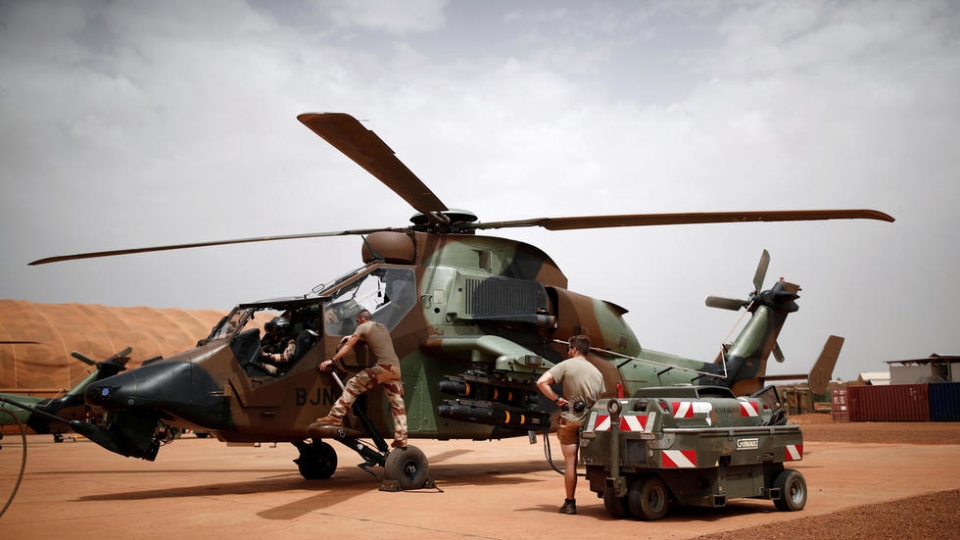 Macron expressed “deep sadness” at the news of the Monday evening crash, which took place during a combat operation.

In a written statement, he expressed his support for the French military and stressed the “courage of the French soldiers” fighting the persistent Islamic threat in the Sahel region.

The statement provided no further details about the accident.

French defense minister Florence Parly said an investigation has been opened to determine the exact circumstances of the accident.

The operation in West and Central Africa involves 4,500 personnel and is France’s largest overseas military mission.

A new surge in extremist attacks in Mali has killed well over 100 local troops in the past two months, with the Islamic State group often claiming responsibility.

The United States has said West Africa’s Sahel region is an emerging front in the fight against IS and other extremist groups, including those linked to al-Qaida.

Before his death this year, IS leader Abu Bakr al-Baghdadi congratulated “brothers” in Mali and neighboring Burkina Faso for pledging allegiance.

France’s Barkhane military operation is one of a number of efforts against the growing extremist threat including a five-nation regional counterterror force and a U.N. peacekeeping mission in Mali.