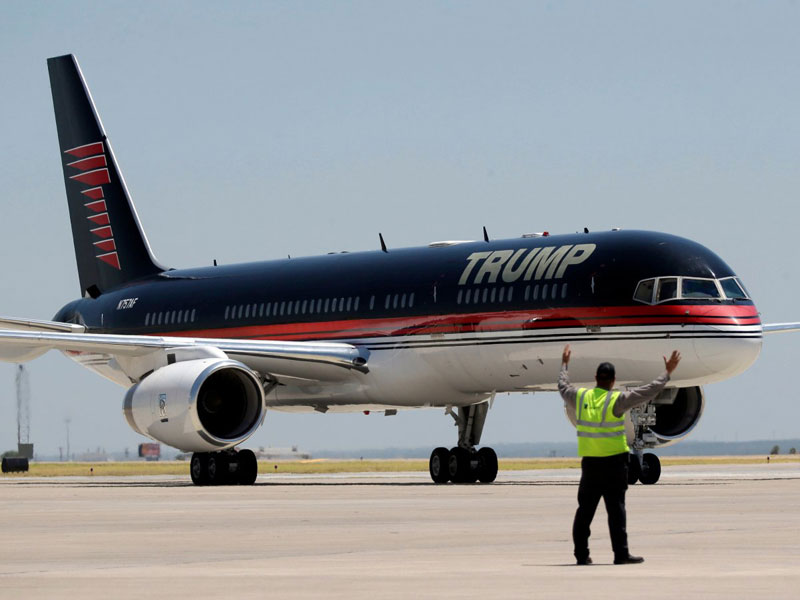 Nepal is bound to be affected by major decisions of American government under Donald Trump
The common belief is that Donald Trump’s election as American president will have minimal impact in Nepal. Additionally, some even ridiculed those who are concerned, alleging that they should rather be worried about Nepal’s developmental prospects, instead of an election result thousands of miles away.

But developments since Trump’s November victory suggest otherwise. A few weeks after the results, newspapers ran stories of how the Nepali rupee hit an eight-month low against the US dollar, losing 2.32 rupee worth of its value, as the Indian rupee came under pressure of Trump’s win. This shows why the election of Trump will have global implications, including in Nepal.

In fact, whether under Donald Trump or Hillary Clinton, Nepal is bound to be affected by major decisions of the United States government. For instance, approximately 12 years ago, fourteen Nepali citizens were killed by militants in Iraq, supposedly as a punishment for helping the US. As recent as June 2016, 12 more Nepali security guards were killed in Kabul by the Taliban. This attack came 10 days after the US announced more air strikes against the Taliban. A Taliban spokesman later clarified that the attack was “against the forces of aggression”.

The conflict in the Middle East is expected to further escalate, especially considering the appointments made by President-elect Trump. His election of General James “Mad Dog” Mattis (who is historically known as a war hawk for his actions in Iraq War) as Secretary of Defense and General Michael Flynn (famously known for his description of the Muslim faith as a political ideology that has “metastasized” into a “malignant cancer”) as national security advisor is disconcerting. As a country whose economic health depends on sending its citizens not only into foreign armed forces but also as migrant workers around the world and specifically in the Middle East, the ripple effects may ultimately touch many lives in Nepal.

Besides this, another likely impact of Trump’s win is associated with climate change. As recent as October 2016, agro-scientists have warned that Nepal’s food safety will be threatened due to climate change, which will in turn negatively influence profit margins of our farmers. Nepal is also vulnerable to landslides, often caused by glacial floods, which is another direct effect of climate change.

For someone who claims that climate change is a hoax created by the Chinese, and has recently appointed Scott Pruitt, a climate change denialist, to head the Environment Protection Agency, the Trump administration will surely weaken the US leadership in combating climate change. Trump has also vowed to withdraw from the Paris Climate Accord signed by 195 countries, which in turn may prompt other countries to do the same. In essence, the Trump administration is likely to lead the movement against environment, with grave ramifications for countries like Nepal that heavily depend on natural resources.

There may be other difficulties with Trump. Recently the Obama administration signed the Trade Facilitation and Trade Enforcement Act (TFTA) that provided trade preference for Nepal, specifically designed to help the country recover from the 2015 earthquakes. While it is hard to know for sure what Trump will do about TFTA, what can be said with certainty is that further negotiations on TFTA will be difficult under his presidency.

Another impact could be on foreign aid. Mainly because foreign aid is a bipartisan agenda, it is difficult to predict whether the Trump administration will reduce it.

Nevertheless, his presidency is unlikely to increase foreign aid. Additionally, it may also lead to some shifts in US aid priorities, prompting the Americans to withhold support for environmental programs such as Initiative for Climate Change Adaptation (ICCA) and the Hariyo Ban in Nepal. Although a reduction or a shift in aid priorities may not have immediate effects, the cumulative effect four or eight years down the line could still be huge.

Therefore, while we certainly need to focus on developmental initiatives, it is also vital to recognize the new realities facing an LDC like Nepal under President Trump.

The author is a graduating senior at Westminster College in Missouri, US, where he is studying Transnational Studies and Political Economics

“What did some of my brothers win yesterday?” asks PM Oli
11 hours ago

Either prove your majority in the parliament or step down, Deuba tells PM Oli
10 hours ago

85 percent of Madan Bhandari Highway Project completed, much remains to be done in Sindhuli headquarters
17 hours ago