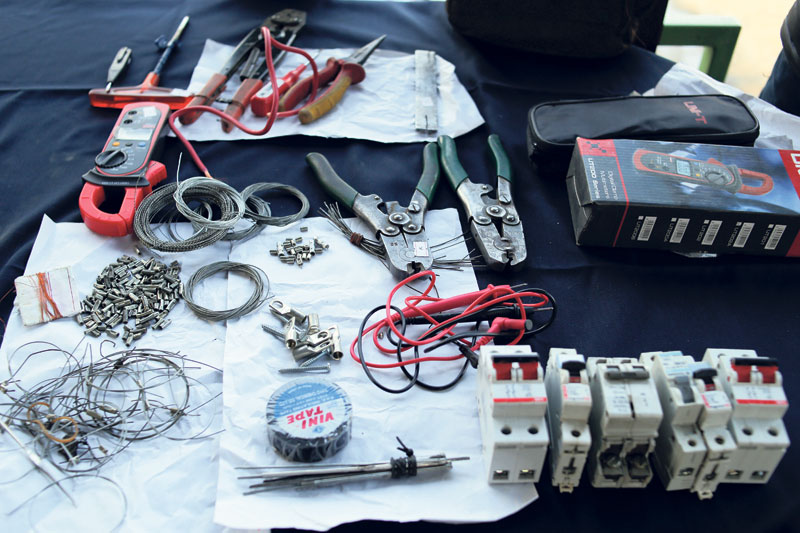 Likewise, owners of a water factory, two sweet shops and a cotton trading company have also been arrested for their involvement in tampering electricity meters and cheating the NEA, which suffered a loss of Rs 11.57 billion in the last fiscal year alone.

The Crime Division found NEA’s incumbent employees breaking the seals of electricity meters and rolling back the meters in exchange of bribes from big electricity consumers including factories and some private homes.

The NEA employees were arrested with hooks, pliers, knives, tape and torch light and also a car used for tampering meters. “It has been disclosed that consumers would pay the NEA employees half of their original bills,” reads NEA press release.

NEA employees would tamper the meters of 20 to 25 customers every day, according to police. NEA spokesperson Prabal Adhikari said meter tampering has resulted in huge losses to the NEA. “But the total loss caused to the NEA by the arrested employees has yet to be ascertained,” said Adhikari.

The arrests come after about four months of the total end of power outage in the Kathmandu Valley and significant reduction in the power outage hours nationwide and indicate that there are massive irregularities in the NEA’s distribution system.

Kulman Ghising, NEA’s managing director, unveiled a plan in December 2016 to reduce non-technical power loss significantly. He had said that such loss could be reduced to 12 percentage points. If the system loss is reduced as stated by Ghising, NEA will be able to supply additional 714 million units of energy worth around Rs 7 billion every year.

How can we get electricity faster to Nepalis in a more sustainable way, while having it positioned for the future?... Read More...