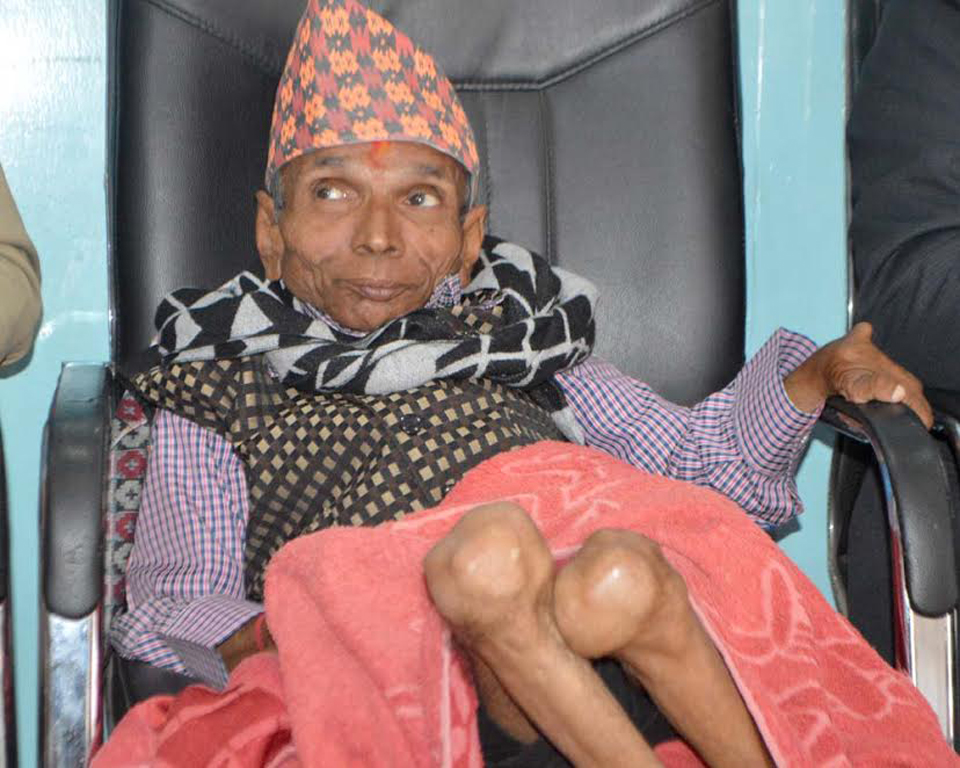 KATHMANDU, Feb 8: Reporters Club Nepal has felicitated a sexagenarian teacher for his commendable contribution to the field of teaching despite his physical constraints.

Teacher Krishna Prasad Paudel of Thula Pokhara-2, who weighs only 12 kilograms, was honored for spreading light of education through teaching by the club at a program in the Capital today.

Paudel had taught children for over four decades at a school based in Arghakhanchi.

Recalling the early days of his teaching, Paudel said he had taught children in a lawn under the open sky from 2031 BS until 2040 BS before he established Bhagawati Primary School in 2042 BS in the district.

Fit and fine at birth physically, Paudel had received education from yogi Darshanananda up to Grade V. When he reached 11, to his misfortune, he suffered a bout of fever that led him to physically deformed.

Even though the government had announced to honor Paudel with Janasewashree award six years ago, it has yet to be implemented.