A realist reset for US-Saudi relations 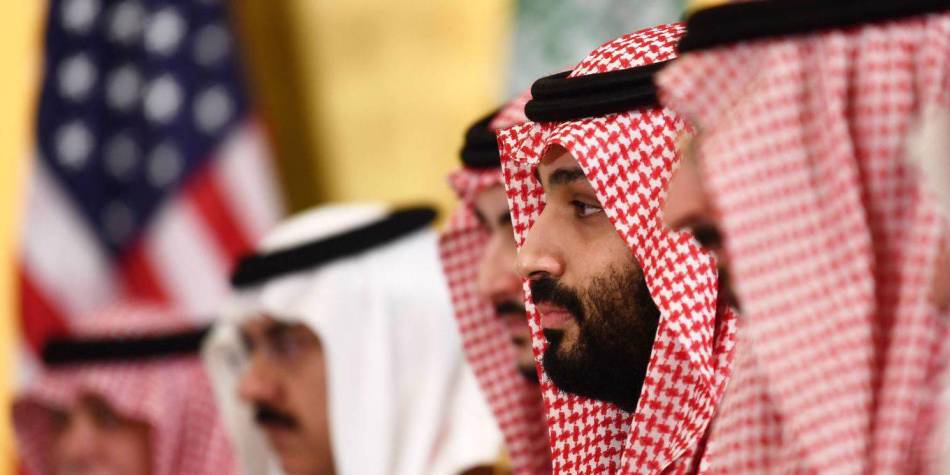 President Joe Biden’s administration appears determined to separate America's relationship with the Kingdom from the relationship with Crown Prince Mohammed bin Salman. But this separation will likely prove impossible to sustain.

NEW YORK – The report issued Friday by the US intelligence community on the murder of Saudi journalist and permanent US resident Jamal Khashoggi in October 2018 at the Saudi consulate in Istanbul, Turkey mostly confirms what we already knew. The operation to capture or kill Khashoggi was approved by Mohammed bin Salman, Saudi Arabia’s Crown Prince and in many ways already the Kingdom’s most powerful person. MBS, as he is widely known, wanted Khashoggi dead, both to rid himself of a nettlesome critic and to intimidate other would-be critics of his rule.

We are unlikely to find a smoking gun, but MBS’s fingerprints are all over Khashoggi’s killing. There is not only abundant photographic and communications evidence that it was carried out by people close to the Crown Prince. There is also the simple reality that nothing of significant political magnitude happens in Saudi Arabia without MBS’s authorization.

Former President Donald Trump’s administration looked the other way at the time, as it often did in the face of flagrant human rights violations. Moreover, Trump wanted to avoid a rupture with MBS, whose anti-Iranian policies were appreciated and who was seen as central to his government’s willingness to purchase armaments from US manufacturers.

President Joe Biden’s administration feels differently. It has already distanced the United States from involvement in Saudi military operations in Yemen. And human rights are occupying a central role in its approach to the world. The fact that Biden has not communicated directly with MBS, and instead called the ailing King Salman, underscores Biden’s desire to separate the US relationship with the Kingdom from the relationship with the Crown Prince.

But this separation will likely prove impossible to sustain. The US is not in a position to prevent his ascension to the throne when his father dies. Any attempt to do so would almost certainly fail, in the process triggering a nationalist backlash, causing domestic instability, or both. And the fact is that the US has many reasons to maintain a working relationship with an individual who will likely lead for decades a country that is critical to setting world energy prices, containing Iran, frustrating terrorism, and, if it elects to do so, promoting Middle East peace.

Saudi Arabia is hardly the only country in the world where the US has to deal with a flawed leader. The Biden administration just signed an important nuclear arms control agreement with Russia, even though President Vladimir Putin tried to kill—and has now imprisoned—his main political rival. The principal difference between him and the Saudi Crown Prince in this instance is their competence at eliminating opponents.

Or consider China. Biden administration officials have accused the Chinese government of carrying out genocide against the Uighur minority. If so, they are accusing Chinese President Xi Jinping of genocide, as there is no way what is taking place in Xinjiang province could happen without his approval. Yet Biden recently spoke with Xi and is sure to meet with him regularly to discuss North Korea, trade, climate change, and much else.

Don’t get me wrong. Biden is not wrong to strike deals with Putin and Xi. US strategic and economic interests demand it, and America’s ability to influence Russian and Chinese behavior at home is limited. The US can and should criticize and sanction, but it would be feckless and self-defeating to hold the entire bilateral relationship with Russia or China hostage to their domestic policies. Foreign policy is not about virtue signaling; it is about advancing interests. Prioritizing and compartmentalizing are essential.

In the case of MBS, such realism might lead to opportunity. The promise of meetings with Biden administration officials should be traded for a firm commitment that he will never again target a political opponent in this way and that he will release imprisoned human rights advocates.

Bringing the Saudis into diplomacy might preserve the possibility of a two-state solution to the Israeli-Palestinian conflict. The United Arab Emirates agreed to normalize relations with Israel only when Israel agreed not to annex occupied Palestinian territory for at least three years. MBS reportedly is ready to build bridges to Israel, but his father is not, and much of the Saudi population might resist. Even an Israeli government committed to expanding Jewish settlements in the Occupied Territories might find it difficult to resist curbing them in exchange for peace and diplomatic ties with the Kingdom.

It should be a long time before the now publicly-exposed MBS is invited to the US, much less to visit the Oval Office. But refusing to deal with him is not the answer. Pragmatic, conditional relations with him could bring protection and freedom to many Saudis, make possible collaboration to impede Iran’s nuclear ambitions, wind down the war in Yemen, and advance prospects for Israeli-Palestinian peace. None of this would bring Khashoggi back to life, but it would give added meaning to his death.

Richard Haass, President of the Council on Foreign Relations, is the author of The World: A Brief Introduction.

With a clearly diminished global leadership status after a failed coronavirus pandemic response, thinkers and critics around the globe are... Read More...

Aanchal Kunwar is new MD of Daraz
23 hours ago

Prior infection, vaccines provide best protection from COVID
37 minutes ago