What could cause a US-China war? 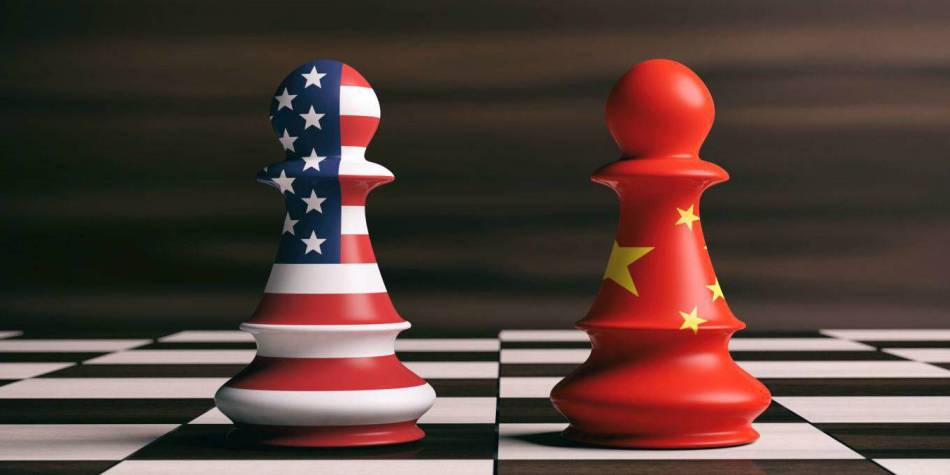 The US and China must avoid exaggerated fears that could create a new cold or hot war.

CAMBRIDGE – When China’s foreign minister, Wang Yi, recently called for a reset of bilateral relations with the United States, a White House spokesperson replied that the US saw the relationship as one of strong competition that required a position of strength. It is clear that President Joe Biden’s administration is not simply reversing Trump’s policies.

Some analysts, citing Thucydides’ attribution of the Peloponnesian War to Sparta’s fear of a rising Athens, believe the US-China relationship is entering a period of conflict pitting an established hegemon against an increasingly powerful challenger.

I am not that pessimistic. In my view, economic and ecological interdependence reduces the probability of a real cold war, much less a hot one, because both countries have an incentive to cooperate in a number of areas. At the same time, miscalculation is always possible, and some see the danger of “sleepwalking” into catastrophe, as happened with World War I.

History is replete with cases of misperception about changing power balances. For example, when President Richard Nixon visited China in 1972, he wanted to balance what he saw as a growing Soviet threat to a declining America. But what Nixon interpreted as decline was really the return to normal of America’s artificially high share of global output after World War II.

Nixon proclaimed multipolarity, but what followed was the end of the Soviet Union and America’s unipolar moment two decades later. Today, some Chinese analysts underestimate America’s resilience and predict Chinese dominance, but this, too, could turn out to be a dangerous miscalculation.

It is equally dangerous for Americans to over or underestimate Chinese power, and the US contains groups with economic and political incentives to do both. Measured in dollars, China’s economy is about two-thirds the size of the US economy, but many economists expect China to surpass the US sometime in the 2030s, depending on what one assumes about Chinese and American growth rates.

Will American leaders acknowledge this change in a way that permits a constructive relationship, or will they succumb to fear? Will Chinese leaders take more risks, or will Chinese and Americans learn to cooperate in producing global public goods under a changing distribution of power?

Recall that Thucydides attributed the war that ripped apart the ancient Greek world to two causes: the rise of a new power, and the fear that this created in the established power. The second cause is as important as the first. The US and China must avoid exaggerated fears that could create a new cold or hot war.

Even if China surpasses the US to become the world’s largest economy, national income is not the only measure of geopolitical power. China ranks well behind the US in soft power, and US military expenditure is nearly four times that of China. While Chinese military capabilities have been increasing in recent years, analysts who look carefully at the military balance conclude that China will not, say, be able to exclude the US from the Western Pacific.

On the other hand, the US was once the world’s largest trading economy and its largest bilateral lender. Today, nearly 100 countries count China as their largest trading partner, compared to 57 for the US. China plans to lend more than $1 trillion for infrastructure projects with its Belt and Road Initiative over the next decade, while the US has cut back aid. China will gain economic power from the sheer size of its market as well as its overseas investments and development assistance. China’s overall power relative to the US is likely to increase.

Nonetheless, balances of power are hard to judge. The US will retain some long-term power advantages that contrast with areas of Chinese vulnerability.

One is geography. The US is surrounded by oceans and neighbors that are likely to remain friendly. China has borders with 14 countries, and territorial disputes with India, Japan, and Vietnam set limits on its hard and soft power.

Energy is another area where America has an advantage. A decade ago, the US was dependent on imported energy, but the shale revolution transformed North America from an energy importer to exporter. At the same time, China became more dependent on energy imports from the Middle East, which it must transport along sea routes that highlight its problematic relations with India.

The US also has demographic advantages. It is the only major developed country that is projected to hold its global ranking (third) in terms of population. While the rate of US population growth has slowed in recent years, it will not turn negative, as in Russia, Europe, and Japan. China, meanwhile, rightly fears “growing old before it grows rich.” India will soon overtake it as the most populous country, and its labor force peaked in 2015.

America also remains at the forefront in key technologies (bio, nano, information) that are central to twenty-first-century economic growth. China is investing heavily in research and development, and competes well in some fields. But 15 of the world’s top 20 research universities are in the US; none is in China.

Those who proclaim Pax Sinica and American decline fail to take account of the full range of power resources. American hubris is always a danger, but so is exaggerated fear, which can lead to overreaction. Equally dangerous is rising Chinese nationalism, which, combined with a belief in American decline, leads China to take greater risks. Both sides must beware of miscalculation. After all, more often than not, the greatest risk we face is our own capacity for error.

Joseph S Nye, Jr is a professor at Harvard and author of Do Morals Matter? Presidents and Foreign Policy from FDR to Trump.

The formation of electoral alliances and its consequences for the making and breaking of coalition governments, party splits, defections, horse-trading... Read More...