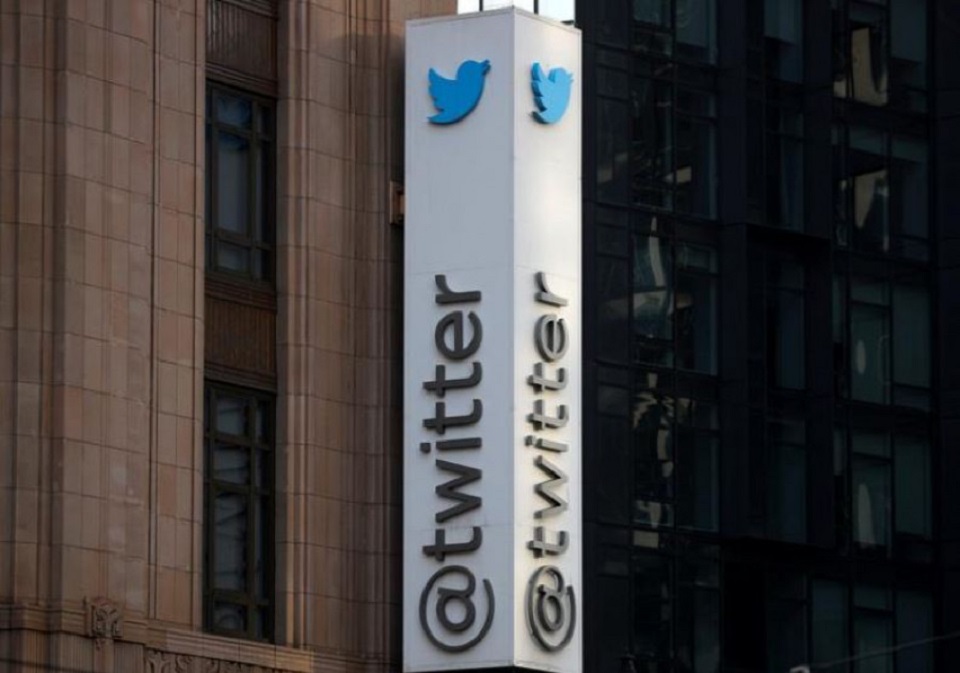 FILE PHOTO: A Twitter logo is seen outside the company headquarters, during a purported demonstration by supporters of U.S. President Donald Trump to protest the social media company's permanent suspension of the President's Twitter account, in San Francisco, California, U.S., January 11, 2021. REUTERS/Stephen Lam

The government had already ordered internet providers on Thursday to block Facebook, which counts half of the population of 54 million as users, until Feb. 7.

The Ministry of Communications and Information Technology did not immediately answer a request for comment, but said previously it had blocked Facebook for the sake of “stability”.

A spokeswoman for Twitter, which is also facing pressure from authorities in India, said it was “deeply concerned about the order to block Internet services in Myanmar.”

“It undermines the public conversation and the rights of people to make their voices heard. The Open Internet is increasingly under threat around the world. We will continue to advocate to end destructive government-led shutdowns,” she said.

“We urge authorities to restore connectivity so that people in Myanmar can communicate with family and friends and access important information,” he told Reuters.

In a statement, Telenor expressed “grave concern” about the directive and said it had challenged its necessity to authorities.

Since the ban on Facebook, thousands in Myanmar have flocked to Twitter and Instagram to express their opposition to Monday’s takeover by the army and the ousting and arrest of elected leader Aung San Suu Kyi.

Many people are using social media and pro-democracy hashtags to criticize the army’s takeover and call for peaceful protests until the result of November’s election, which was won in a landslide by Suu Kyi’s party, is respected.

The hashtags #RespectOurVotes, #HearTheVoiceofMyanmar, and #SaveMyanmar all had hundreds of thousands of interactions by Friday, according to hashtag tracker BrandMentions.

The military has made unsubstantiated claims that the election of Suu Kyi and her National Democracy League was fraudulent. The election commission said the vote was fair.