What COVID is costing women 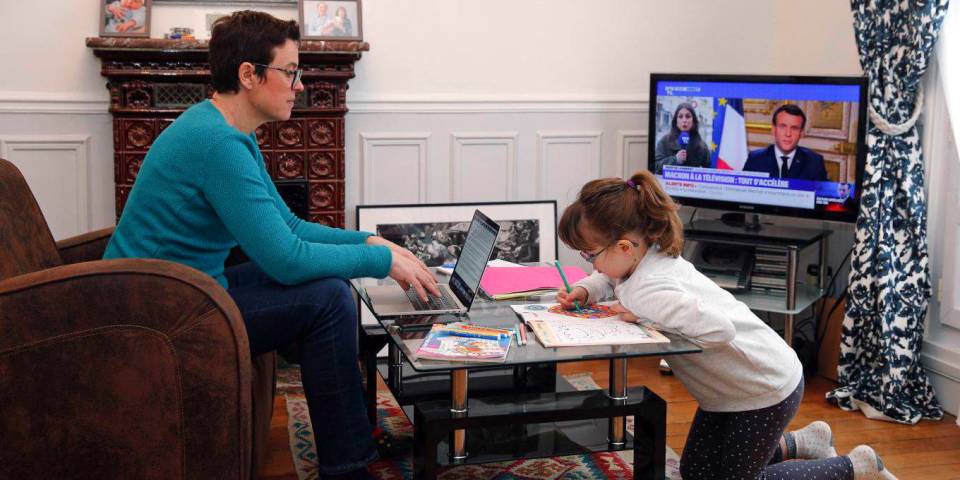 The gender dimension of the pandemic has received far less attention than its racial and socioeconomic aspects. Whenever we do shift our focus to the post-pandemic recovery, we must use that occasion to enact changes that will improve women’s lives.

NEW HAVEN – Although COVID-19 infections and deaths are surging in many parts of the world, recent announcements of apparently successful vaccine trials have offered a light at the end of the tunnel. One hopes we can soon redirect our attention from the urgent need to save lives to the longer-term costs of the pandemic, not least those being borne disproportionately by women.

The pandemic has compounded a longstanding problem for women around the world: large and persistent barriers to participating in the economy and public life on an equal basis with men. In a recent study drawing on the World Bank Group’s Women, Business and the Law database, my co-authors and I show that, despite decades of progress in reducing gender discrimination, there are still large differences in how women and men are treated under the law. On average, women have only three-quarters the legal rights that men have, and they suffer from pronounced disparities regarding pay and accommodations for parenthood.

The picture is even bleaker in some of the world’s most populous countries – including India, Pakistan, and China – and in most countries in the Middle East and North Africa. And these findings cover only the discrimination embodied in laws; de facto forms of discrimination in the home and the workplace are presumably more pervasive, even in advanced economies.

Despite medical research documenting lower COVID-19 mortality for women, many observers have warned that the pandemic is hitting women harder in many other ways. In addition to the obvious risks the virus poses to health-care workers, who are disproportionately female, the attendant lockdown measures have led to lapses in maternity care and an increase in domestic abuse.

The COVID-19 crisis has also had disproportionate economic effects on women. During past economic contractions, employment losses were typically higher for men, because recessions primarily affected sectors that employed more men than women, such as manufacturing and construction. The pandemic, however, has primarily hit service sectors like hospitality and restaurants, where women account for a larger share of employment. Recent estimates based on data from the United States and India indicate that the female job-loss rates due to COVID-19 have been about 1.8 times higher than male job-loss rates.

There is a large body of literature in economics showing that job losses during downturns have long-lasting effects, because the unemployed tend to lose relevant job skills and professional connections over time. These negative effects are now threatening to diminish women’s economic opportunities well into the future.

Worse, scholarly estimates likely understate the true economic impact that the pandemic will have on working women in low-income countries, most of whom are employed in the informal sector (which, by definition, is not adequately captured in official data or surveys). For the overwhelming majority of informal workers, remote work is not an option during lockdowns, and relief efforts that operate through formal employment channels are of little or no help. Moreover, public policies like cash transfers require reliable identification and access to digital services; but across low-income countries, an estimated 45 percent of women over the age of 15 lack identification, compared to just 30 percent of men.

School closures have also had more severe consequences for women and girls. Even if relatively short in duration, closures in low-income settings can result in long-run losses of human capital among girls. Earlier research based on the 2014 Ebola outbreak in Sierra Leone found an increase in out-of-wedlock pregnancies, and showed that when schools reopened, boys returned to classes, but many girls did not.

Equally pervasive is the effect of lockdowns and closures on childcare. With nannies, babysitters, neighbors, friends, and grandparents off limits, many families have had to watch and homeschool their children themselves. And given traditional gender roles in the home, the burden of this additional work has fallen disproportionately on women. Not surprisingly, many women, faced with these double duties, drop out of the labor market altogether. In the US, data from the Bureau of Labor Statistics reveal that four times more women than men left the labor force in September 2020.

To address these disparities, we first need to bring gender issues to the forefront in policy debates, media coverage, and academic research. The gender dimension of the pandemic has received far less attention than its racial and socioeconomic aspects. Whenever we do shift our focus to the post-pandemic recovery, we must use that occasion to enact changes that will improve women’s lives.

Adopting and promoting flexible work schedules is one top priority. A substantial body of research documents that women’s pay and career prospects start to diverge significantly from those of men once they have children. More flexible work hours would allow women to continue their careers without having to forsake family time. The surge in remote work during the pandemic has shown what is possible with today’s technologies, and the challenges faced by many parents during lockdowns have underscored how important basic childcare is for the broader economy.

One silver lining of the pandemic is that it may lead to a real change in attitudes toward housework, parenting, and care for children. Universal, free, high-quality childcare would allow all mothers to focus on their careers, whether or not they are working from home. It could also generate more fulfilling employment in jobs that would not be threatened by robots or offshoring.

But we will need to remain vigilant and ensure that important reforms and policies to promote gender equality are not postponed or reversed as other priorities seize policymakers’ attention. In low-income countries, we must follow through on giving all girls a chance to return to class once schools reopen.

All of the measures can be realized at reasonable cost. But effecting real change will require a gender perspective on the pandemic that has so far been lacking.

NEW DELHI, Aug 19: Millions of women and girls globally have lost access to contraceptives and abortion services because of... Read More...