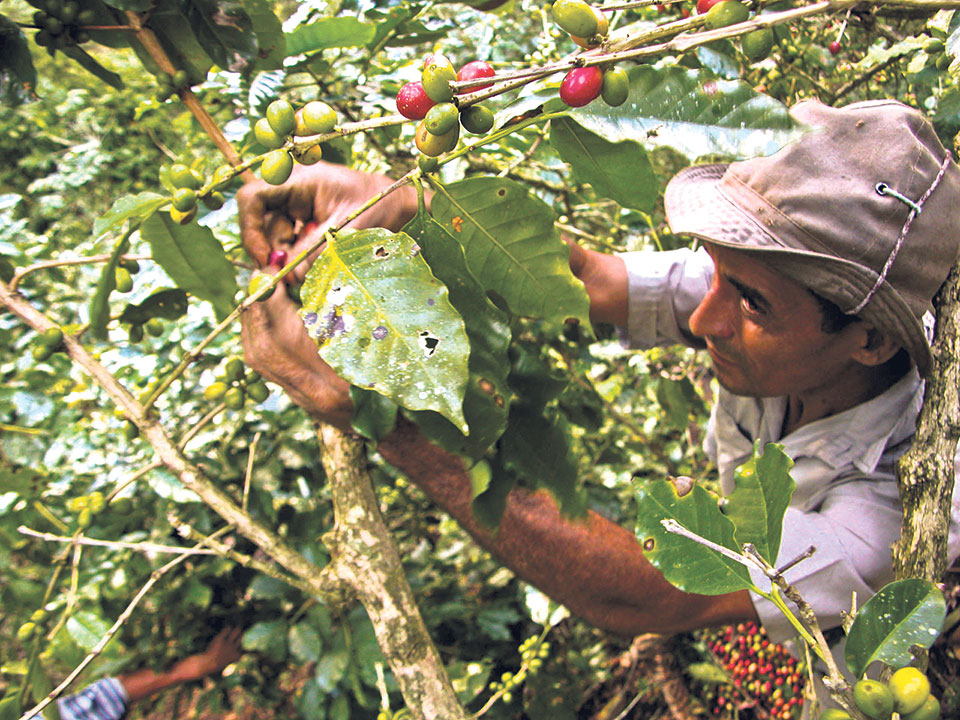 KATHMANDU, July 3: A total of 1,573 metric tons of fresh coffee cherries are produced annually in 32 districts where commercial coffee farming is done, according to the report of the Central Bureau of Statistics (CBS) released on Tuesday.

The CBS made the report on 'Nepal Commercial Coffee Farming Survey 2018/19' public amidst a program organized in its office in Kathmandu. The survey was held from April 14, 2018 to April 13, 2019 and has found 6,346 farmers from 32 districts engaged in the coffee farming in 973 hectares land.

Speaking at the program, Badri Karki, director at CBS said, “Farmers owning 50 or more coffee trees have been considered commercial farmers in the survey.”

Kavrepalanchowk district holds the top position in the list of the highest coffee farming areas with 104.3 hectares land used for farming followed by 96.3 hectares and 94.1 hectares in Lalitpur and Syangja districts, respectively. Kavrepalanchowk, the largest producer amongst the 32 districts, produces 221 metric tons of fresh coffee cherries. Syangja produces 158 metric tons while Sindhupalchowk produces 141 metric tons of fresh coffee cherries. A total of 943 commercial farmers, the highest number hail from Kavrepalanchowk followed by Sindhupalchowk, 753 and Syangja, 708 farmers in the respective districts.

“Though there is a lack of lab in Nepal, the coffees produced here are very good because of climatic conditions,” said Dipak Khanal, director of National Tea and Coffee Development Board (NTCDB).

According to the report, the expenses of Rs 2.56 million on purchase of coffee plants, 2.87 million on fertilizers and 9.17 million under the head of others were recorded for coffee farming. While Rs 154.1 million was earned from 1573 metric tons of fresh coffee cherries and Rs 29.7 million from shade-grown coffee and Rs 16 million from underground crops. At least 78 percent of commercial coffee farmers have received training regarding coffee farming.

The CBS has identified 55 coffee nurseries in Nepal through the survey. The report also has collected suggestions from farmers regarding the promotion of coffee farming in Nepal. Quality technological service, access to irrigation, training and study facility, the market for produced coffee and subsidy for coffee farming are among the suggestions from farmers compiled by the CBS.