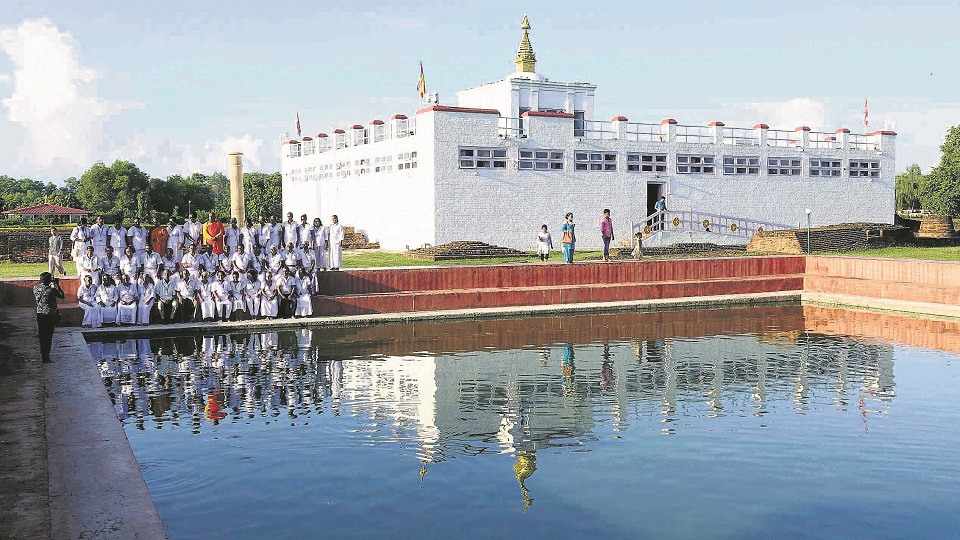 According to data provided by Lumbini Development Trust (LDT), Lumbini welcomed 1.36 million visitors in the first 11 months of 2019 (January-December). In 2018, the birthplace of Buddha and a UNESCO World Heritage site had attracted 1.53 million tourists.

The government of Province 5 is celebrating the year 2019 as Visit Lumbini Year 2019. The provincial government has spent huge amount of money for promotion of Lumbini. Similarly, Nepal Tourism Board and Visit Nepal Year 2020 Secretariat have also been spending significant amount of money for international marketing and promotion. Despite all these, visitor numbers are not encouraging.

Tourism entrepreneurs say the figures cannot be termed encouraging. Mithun Man Shrestha, president of Lumbini Hotel Association, said, his association had expected at least 25% growth in arrivals. "I don't think we can meet the target now as we have only two weeks remaining," he added.

Entrepreneurs like Shrestha say poor condition of Bhairahawa-Lumbini Road was one of the reasons that affected tourist arrivals this year. The road is under construction but has missed deadlines. Similarly, visitor footfall was affected due to lack of promotion and attractive packages.

Chandra Prakash Shrestha, chairperson of Siddhartha Hotel Association, alleged that Nepal Tourism Board (NTB) was not giving due importance to Mayadevi Temple in its international marketing and promotional activities. "They are only promoting Pashupatinath, Swayambhunath, Pokhara and Sauraha," he said.

Ministry of Industry, Tourism, Forests and Environment, Province 5, has announced 2019 as Visit Lumbini Year. President Bidhya Devi Bhandari had officially inaugurated the campaign on May 18. The main objective of the campaign is to spread information of world peace from Lumbini and to increase the number of tourists. But tourist numbers are not increasing.

THIRD-COUNTRY TOURISTS
According to LDT, tourists from 113 countries visited Lumbini till November this year. Of them, the highest arrivals are from Sri Lanka followed by Myanmar, Thailand, China and Vietnam.

LDT officials, however, say the arrival figures of 2019 do not include the number of tourists visiting Nawalparasi and Kapilvastu.